Photos (Kevin Sousa Photography) from the OMHA Minor Midget AAA Showcase powered by Under Armour at the Aurora Community Centre. 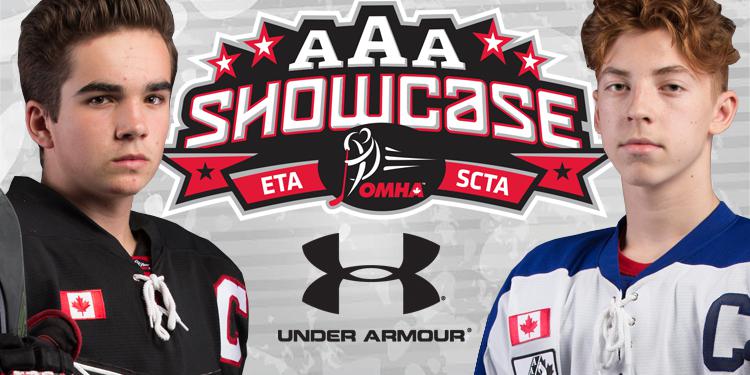 The great ones that grew up playing Ontario Minor Hockey Association have taken their places at the next level of hockey. Now, the #NextOnes like Kingston Jr. Frontenacs forward Hayden Fowler and Emmett Pierce of the Quinte Red Devils will take to the ice at the Ontario Minor Hockey Association’s Minor Midget AAA Showcase powered by Under Armour in Aurora on December 3 and 4.

Thirteen Ontario Minor Hockey Association teams from the Eastern AAA Minor Midget League will battle head-to-head in a series of games in front of pro, junior and university scouts at the Aurora Community Centre. The event is a preview of the top picks in next spring’s Ontario Hockey League draft and, in a few short years, the National Hockey League draft. The OMHA is a premier development league with 86 players drafted from 19 different teams at the 2016 Ontario Hockey League Priority Selection, including five first round picks.

A list of players to watch, including Fowler and Pierce, are listed below.

The weekend will also include the OMHA Eastern AAA Midget All-Star Game. The inaugural Midget All-Star game was held in 1993 to acknowledge and recognize the hockey skills of Midget AAA players while providing a venue where these players could demonstrate their abilities. The rosters for this game can be found at the bottom of the page.

"The Ontario Minor Hockey Association has consistently developed bonafide prospects for the OHL year in and year out,” said Jason Ford, Barrie Colts General Manager and Head Scout.  “This type of setting with all of the teams in the league playing in one place allows us to evaluate the league as a whole, and saves us a lot of time moving forward. This Showcase provides us with more information on players we are interesting in pursuing, and helps us pinpoint who we want to pay more attention to as the season goes on." 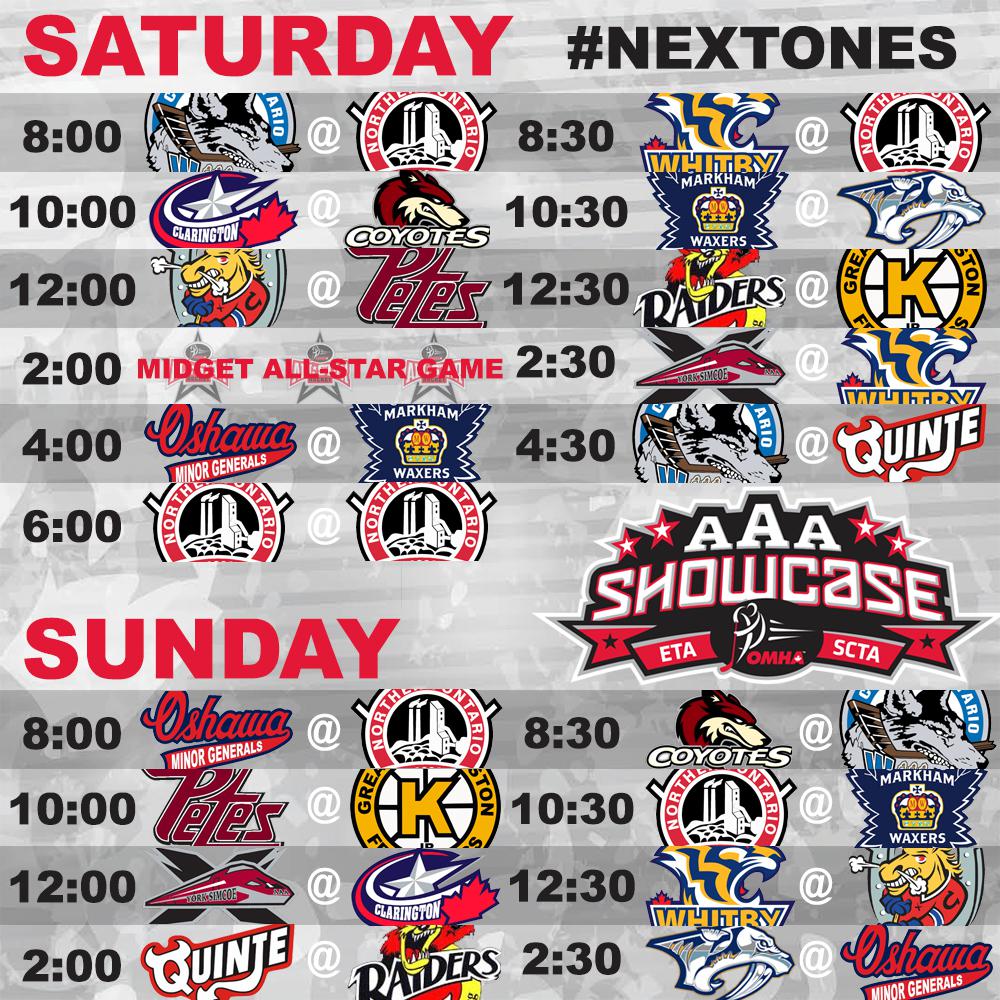 “The Ontario Minor Hockey Association has a long and proud tradition of developing some of the top hockey talent in the world,” said OMHA President Rob Ring. “This event will be a step in identifying and developing the next crop of elite players in Ontario.”

“The Ontario Hockey League offers student-athletes the best of both worlds when it comes to on ice development and opportunities in education,” said OHL Commissioner David Branch. “We look forward to the opportunity to meet so many of the OMHA’s great student-athletes and future stars of the OHL at these events.”

Martin has an abundance of skill and hockey sense. What sets Martin apart from the vast majority of his peer group is his deft ability to score goals. He has a knack for finding quiet ice. In addition, Martin has an excellent and accurate shot. Combine these important elements and you have a goal scorer.

McMichael is one of the most talented players in the ETA this season. Armed with elite-level skill, a high hockey IQ and good feet – he is an absolute treat to watch. He has the rare ability to be able to change the complexion of a game with a big play anytime he is on the ice.

Russell is one of those players that will jump out to you very quickly. He has a lot of tools in his tool kit – skates well, an excellent skill set and compete level. Above all else, like all outstanding players, he wants to make a difference each and every time he is on the ice.

A physically gifted player that sort of resembles a linebacker on skates. Kuzmyk is not fun to play against – he uses his big body to wear down the opposition. In addition, he has a lot of ability and makes plays on a consistent basis. This bodes well for him - the big-man with ability, that skates well and is hard to play against is a commodity at the OHL-level.

At 6'1" and 170 pounds, Kimble is a dangerous player both with the puck and with physicality. This tough forward makes the Wolves difficult to play against. In addition, he has a good ability to put the puck in the back of the net.

Evans has as much pro-upside as any player in the ETA this season. Big and strong, he gets around the ice really well for his size. His skill set is excellent and he understands the game well. Evans provides an honest effort each and every time he is on the ice.

This tall and lanky centreman reeks of potential. He has a combination of really goods and hockey sense, as well as big-play ability. Doornspleet will be a force when he fills out – as a result he is a legitimate OHL prospect.

Very few players generate offence at the pace Fowler does. A natural goal scorer, Fowler has an excellent shot and will let it go anywhere close and in scoring areas. Lightning quick, he plays the game with a chip on his shoulder and is not an easy player to play against. Fowler is a special and unique talent that will be a sought after commodity for OHL teams.

McMahon, a smooth skating, puck-moving defenceman, is as pivotal to his team as any d-man in the ETA. He understands the game well and has a very good transition game. Similar to his teammate Fowler, he possesses an edge to his game.

Dafonseca is an offensive minded forward that skates well with good acceleration. He brings it every shift and goes the extra mile to get the win for his team. A smart player with good vision, Dafonesca makes plays with pace and is a player the opposition needs to monitor each and every time he is on the ice.

Statistics can sometimes be misleading but here’s one that’s not – Redick has accounted for 20% of his team’s goals thus far this season. He is a good example of the vast changes the game has gone through in recent years and where it is going even further – undersized, high compete level, really good skill level and smarts.

Flynn is a strong and sturdy two-way winger. A leader on his team, he has a high compete level and generates a lot of offence. This talented forward embodies the rich tradition of blue-collar Petes that bring it every shift.

Trolley is a smooth skating centreman that eats up quality minutes on a regular basis. He has good skills and works hard. Trolley will only get better and more effective as he gets older and gets bigger and stronger.

The big man is the offensive leader on an excellent Quinte team. Arguably the most intriguing prospect in the ETA this season, Pierce is a rare combination of size, skill and smarts. His vision of the ice and hands are unparalleled. He will be very popular among OHL teams.

There are different types of excellent skaters – there are the ones that look like they are floating and their blades glide across the ice (ex. Paul Coffey) and there are the ones that mash through the ice like they are going to touch cement at any time (ex. Mark Messier). Supryka is the former; his edge work is a thing of beauty and he is a treat to watch. In addition, his cupboard is filled with a number of other important attributes – vastly skilled, understands the game well above his peer group, and plays a tight defensive game.

Eliopulos is a big, strong d-man with a lot of ability and is a rugged defender. He advances the puck consistently and possesses a mean streak. A monster in the corners, he wins most battles and gives up very little on the d-side of the puck.

Murray has been an unstoppable force this season. He is a great combination of skating, high-end skill, and the ability to score goals. On a team that is loaded with talent, he has the most OHL potential and the highest ceiling.

Kammerer is arguably the best defenceman in the ETA this season and has an outstanding all-around game. His skill set and skating ability allows him to not only shutdown the opposition but also adds to an excellent transition game. If this isn’t enough, he is pound-for-pound the hardest d-man to play against in the ETA. Check out Kammerer and his teammates in Home Ice.

Hicks is a player that is an important part of any good team. A competitive two-way forward, he simply brings it every shift and will do whatever he can to attain success for his team. He has a lot of ability, wins pucks, and does a lot of little things right. Hicks is a factor in every game his team plays.

Built like a running back, Balbosa hits like cement truck. In addition, his skill set is excellent. He skates well and has big-play ability. If he can put all these tools together on a regular basis, he will be a force at the OHL-level. 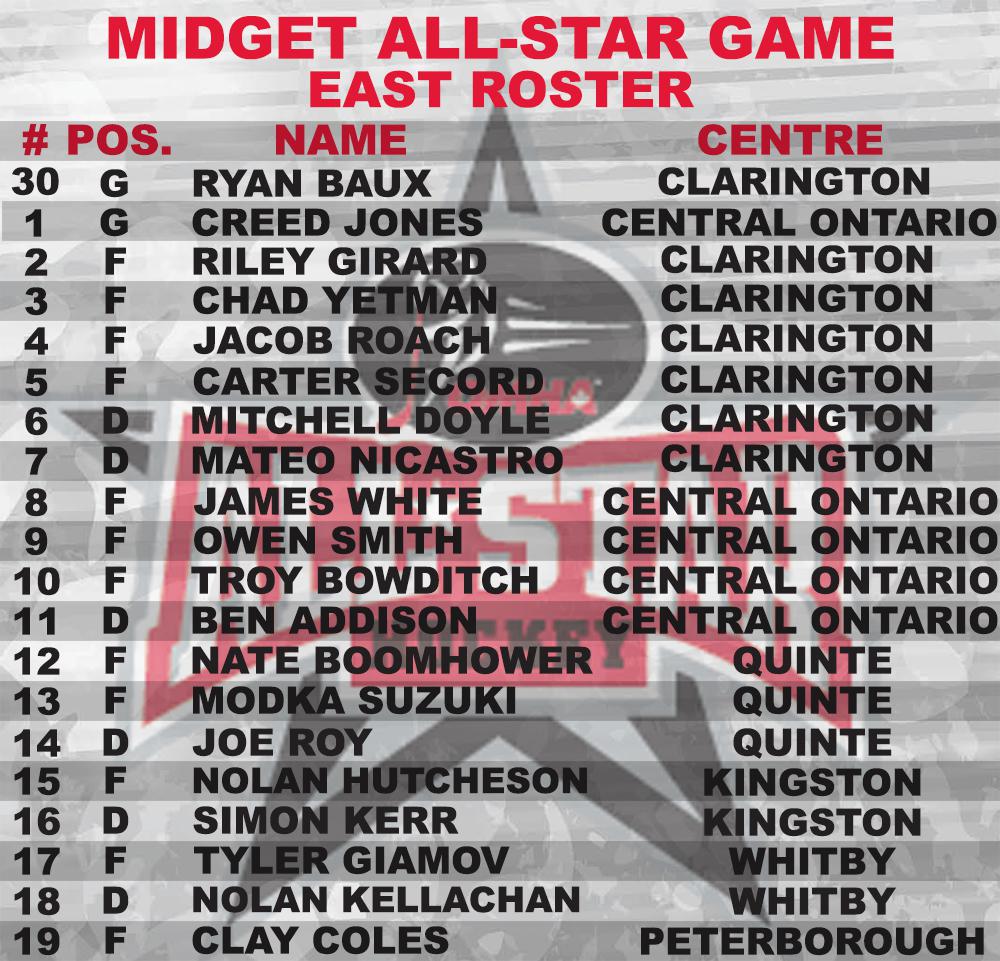 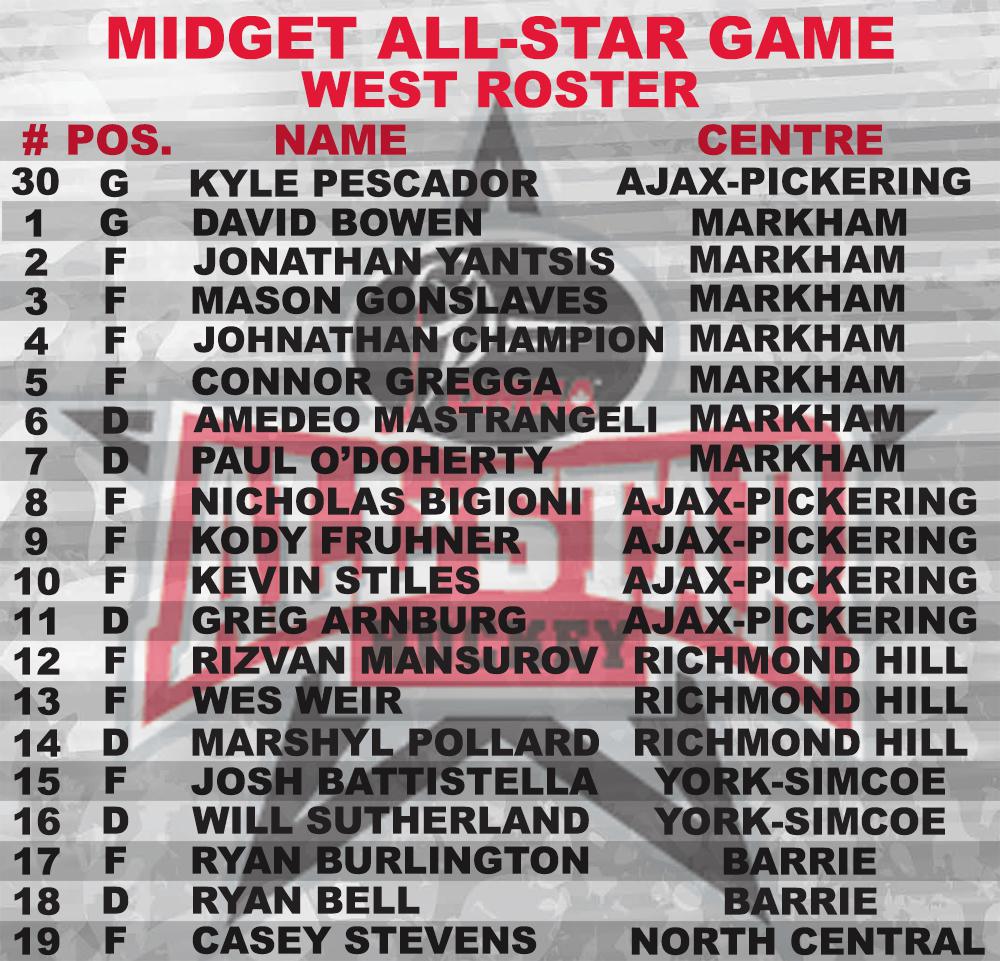