Who is the Coach of the Month for January? 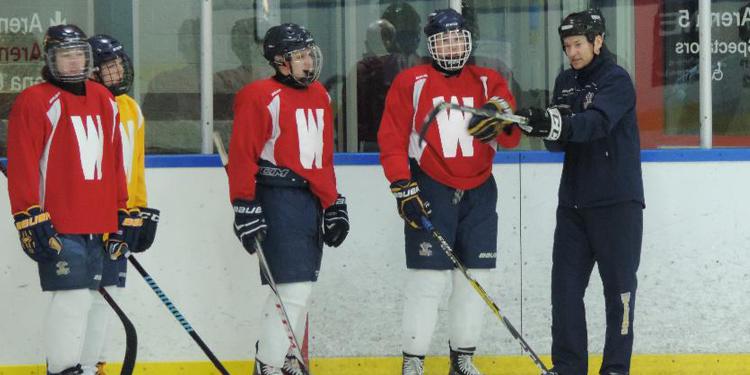 Earlier in the month we asked for nominations of deserving coaches for the OMHA Coach of the Month presented by The Coaches Site.

After much deliberation, Dan Blais of the Whitby Wildcats Minor Midget AA was selected as the Coach of the Month for January.

“First and foremost, he has taught my son and his teammates how to be strong leaders, good team players, and most importantly how to be confident in everything they do on and off the ice. He's had a tremendous impact and influence on what kind of men they strive to be, or how they represent themselves as young hockey players. He puts winning in perspective and has taught his team that winning is just one part of the game that they need to embrace. He keeps the fun in hockey with an expectation of discipline and hard work.

He has gone above and beyond to develop our boys to the fullest potential and puts 100% into each and every boy on his team, whether he is teaching systems or skating alongside them to challenge their limits. He always has an open door policy with the boys, and makes sure their priorities are school and then hockey... with no excuses. Coach Dan has taken the time to get to know every boy on his team, and displays this with his gentle reminders, small talks and constant positive reinforcement. He sets goals for each individual players and inspires and empowers each player to strive for to reach their full potential.

Minor Midget is a very special year for our boys as it may be close to the end of their minor hockey experience, and Coach Dan puts 100% effort into making this a year to remember. I am especially proud to say that we are part of his Minor Midget AA team, and think that each young man that walks away from this year will have the fundamentals of what makes great hockey players: teamwork, resiliency, focus, hard work, and strength are just a few to speak of. With everything that I have just said, plus the smile on my son's face as he leaves the rink, makes my decision to nominate Coach Dan Blais for the Coach of the Month!”

We spoke to Coach Dan about what being a coach means to him. He played Junior A and University hockey and has coached for over 10 years. Dan has been involved with coaching both boys and girls hockey from Tyke to Midget and some ball hockey as well.

In your nomination it said that you put winning in perspective. Can you expand on that philosophy?

I hate losing, like any other competitive person, but we can’t only focus on winning and losing in minor sports. I want to teach them a ‘Never give up attitude’. Work hard and do your best every shift. 'Be positive'. It’s easy to be positive when things are going well and you’re getting the calls from the referee that you expect to get. I tell them that complaining is wasted energy and to stay focused on what you can control: your play. ‘Be a good teammate’. I want them to learn to work as a team. Celebrate each other’s successes and show support when there is failure. We are family in this dressing room. We may not all be best friends, but we need to respect and play for each other. If we do those three things, everything else should fall in to place for us. These lessons can and will be carried on in their careers. 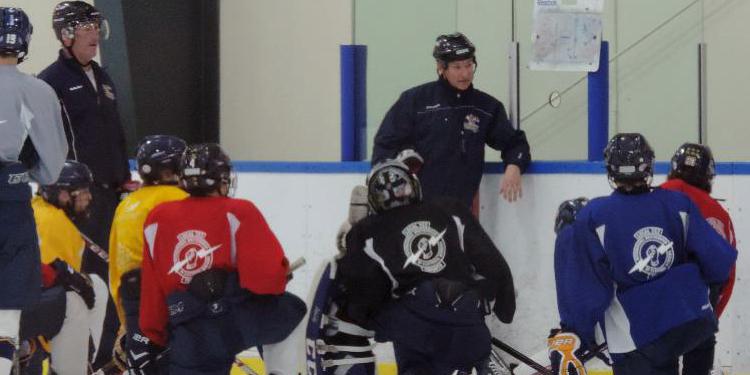 What are some of the individual goals you've set for your players?

Once the team has been selected, I have the players fill out a player questionnaire, nothing too crazy. Some of the questions allow me to know the kids better like favourite school subject, favourite hockey team, nicknames. I have a section about player goals and team goals. I’ll review every questionnaire and have a 1-on-1 meeting with the players before the season starts and see what we can do to assist them on achieving the goals they have set for themselves.

One player's goal was to increase his school marks by 5% to put himself in a better position for a scholarship, which is his hockey goal. Another player wanted to increase his strength and conditioning, so we sent him a video and handouts with specific exercises to assist him in achieve his goal. One goal was to work on a quicker release while shooting, so we have a few drills that forces the shooter to have a quicker release and won’t allow you to stick handle.

"I expect my players to make mistakes, hockey is a game of mistakes. I’m more concerned WITH how they deal with and react to their mistakes. If you miss an empty net, are you going to slam your stick and give up on the play or re-engage and backcheck?"

How is coaching Minor Midget different than a younger age group?

With the Midget group, there are definitely more distractions surrounding them from school work, jobs, etc. The practices are later and can be two hours long on a Friday or Saturday night. We need to keep them engaged for the entire practice which starts with being prepared. Depending on the current mindset and where we are at with the season schedule, I may throw in some ‘fun and games’ during the practice by having the boys try out their ringette skills with the ring, have a scrimmage with a tennis ball, I’ve done broomball in the past.

As the players get older, the more knowledgeable they become about the game and they will question you if they see things differently. They have a better understanding of the game and you need to be confident in what you are teaching them. When they are younger you focus more on skills. As they get older you are still working on skills but also focus on the tactical part of the game. It’s extremely important to earn their respect and have a good rapport with the individual player.

Were you any given any coaching advice (or something that stuck with you as a player) that you try to apply to your team?

I had numerous hockey coaches growing up in minor hockey, from the ‘Intimidator’ to the ‘Yeller’. They all brought different qualities and taught me a lot during those times. I still remember my first junior coach, Randy Hall. He was so passionate about the game and he would show his emotion in a positive manner during practices. When we executed the drill correctly, all you wanted to do was please the coach to hear him cheer, which is probably why I’m constantly cheering and slapping my stick when the practice is going well! 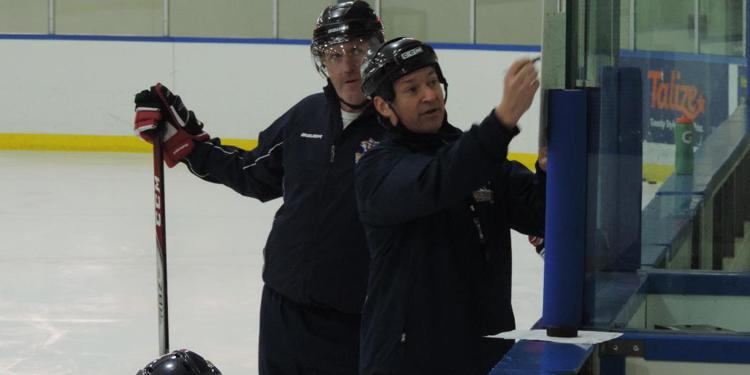 What qualities is it important for a hockey coach to have?

Patience and a positive outlook on things. I expect my players to make mistakes, hockey is a game of mistakes. I’m more concerned with how they deal with and react to their mistakes. If you miss an empty net, are you going to slam your stick and give up on the play or re-engage and backcheck? A good coach should be approachable and easy to talk to. They should understand each player's strengths and weaknesses and how to motivate them to their fullest potential. 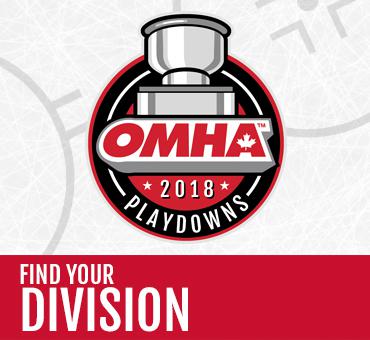