The Science of Scoring

The best areas on the ice to score goals

Every goal counts the same on the scoreboard. When the puck finds its way into the back of the net, there’s no reason not to celebrate. Coaches and players are always looking for the most efficient ways to score, and the answers may be hidden in the numbers.

Below is a list of all of the goals scored in the NHL last season. Each goal was detailed and charted on what type of shot it was and where on the ice it was scored from. While the analytics that have taken over sport can be overwhelming, this graphic provides a simple break down of what areas of the ice provided the most success. 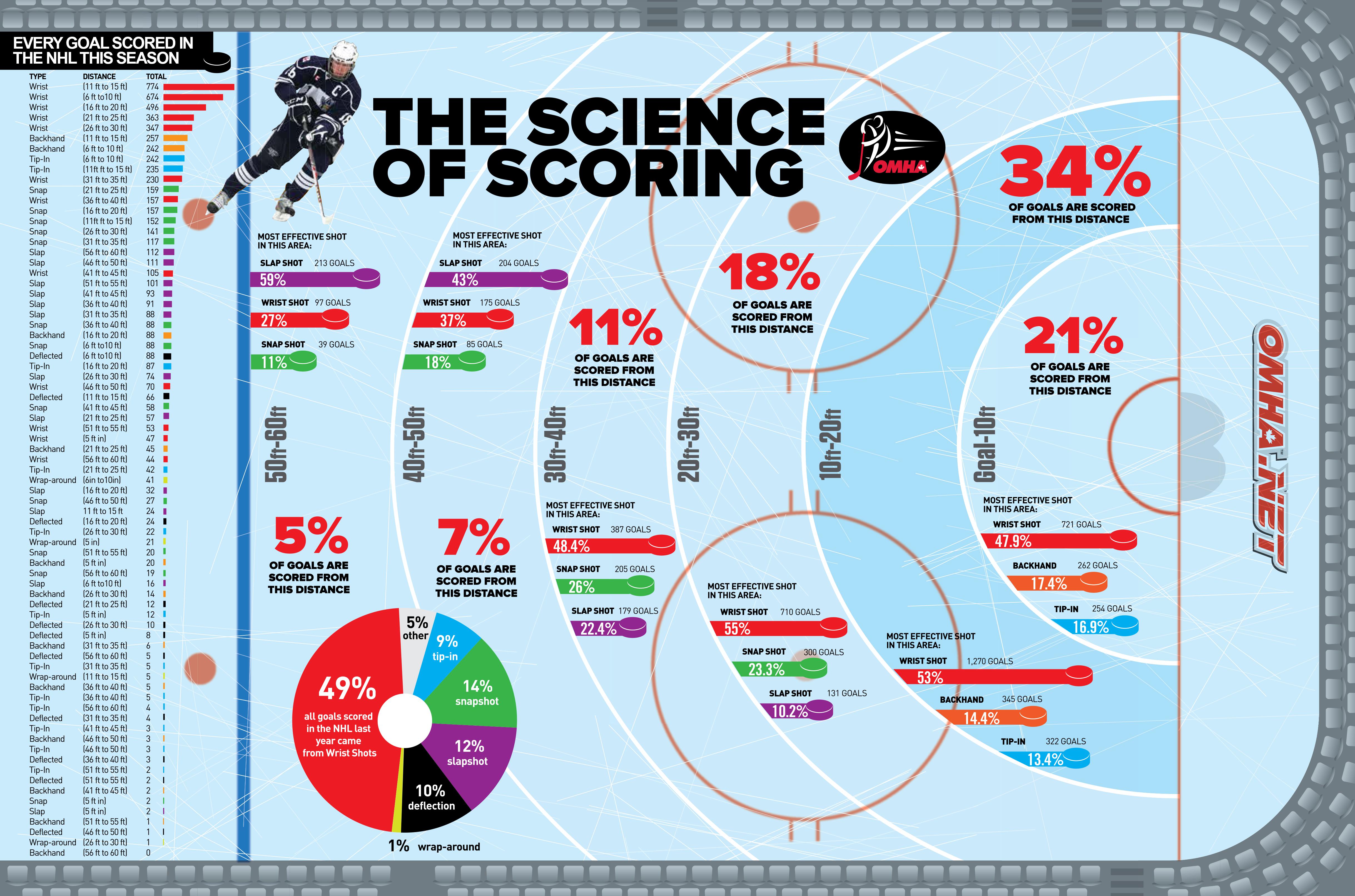 It is fair to assume that the closer a player is to the goal, the easier it is to score. However, that’s not what the numbers indicate. The goalie has less of an area to cover and can attack any player with the puck. While the shooter may think they have plenty of open spaces from being so close to the net, the Shooters Illusion says otherwise. Another reason this isn’t necessarily the highest scoring area is because a goalie will have a clearer puck vision and therefore will be unlikely to give up rebounds.

According to the data, most goals are scored from the area of 10-20 feet away from the net. This area provides the best chances at getting clean shots on goal and is one of the most effective zones of snapping off a quick wrist shot.

A surprising observation is that the number goals from less than 10 feet away from the net and from 20-30 feet away is nearly equal. As would be expected, backhand shots and tip-ins are more effective closer to the net while wrist, snap and slap shots are used more often and more successfully from further away. 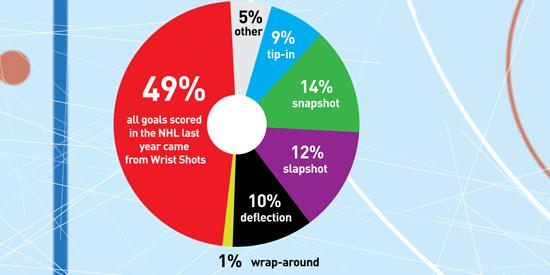 The slap shot becomes the most effective way of scoring the farther the shooter is from the net. Generally with this shot the accuracy decreases but the power and speed behind it are necessary for the puck to travel such a long distance. Also, the more distance there is between the shooter and the goalie gives a higher chance of the puck being deflected and the netminder being screen. Nearly a fifth of all goals come from deflections or tip-ins, showing the benefit of having someone planted in front of the net.

It is not hard to see how the points leaderboard is a reflection of these percentages. As forwards play closer to the net, they have more opportunities and higher chances of scoring goals. Defenceman, as their position name would indicate, usually stay near the blue line in the offensive zone so they can be first back when the opposition rushes.