Behind the scenes of officiating 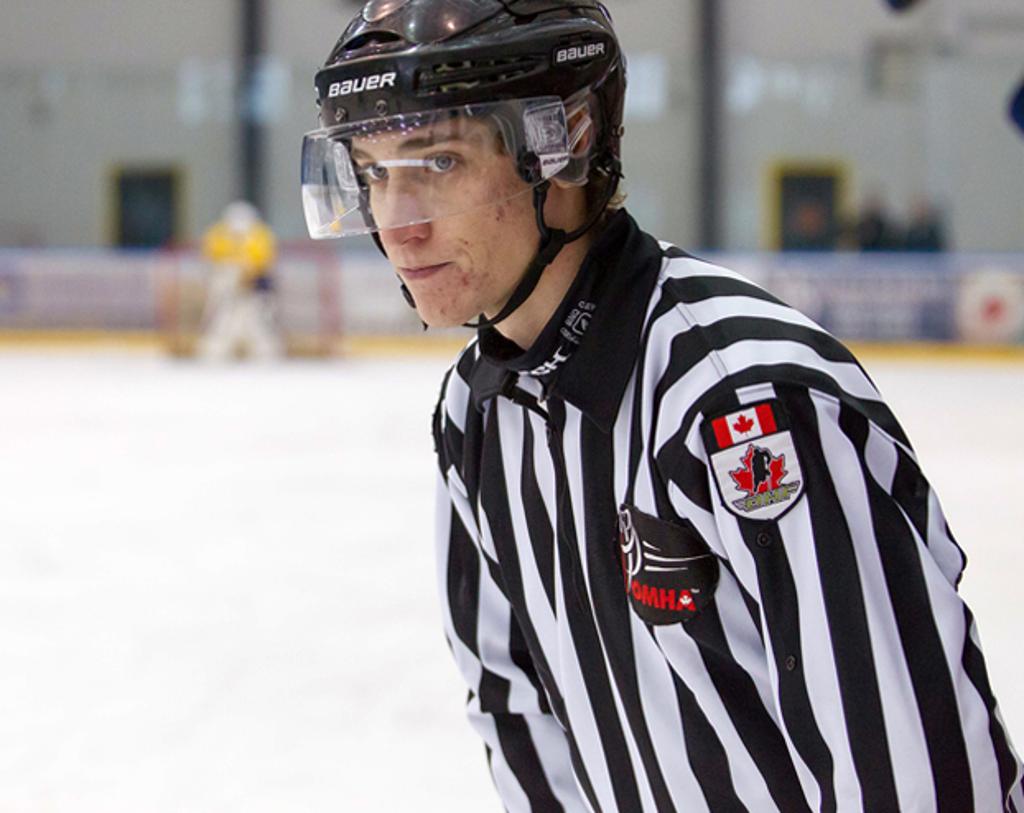 When he realized his playing days would soon be over, Dave Wedlake knew he wanted to stay in the game.

That’s how he landed in officiating, a job he has held for over 40 years.

The Chair of Referees at the Ontario Minor Hockey Association, Wedlake became an official and encourages others to follow a similar path.

“If you want to stay in the game at a high level, here’s an opportunity to do that,” said Wedlake. “Like myself, I realized at 15 years old that my future as a player was probably one more year of Midget and maybe a couple years of Juvenile. How could I stay in the game at the highest possible level in a game that I loved? I chose officiating.”

Wedlake lives in Ajax and has seen considerable changes over his time on the ice. From bench clearing brawls, which he says were some of his scariest experiences, to now being on the lookout for clutch and grab, the way the game has evolved has not gone unnoticed.

It has also improved how Wedlake and his colleagues evaluate games. Skating backwards has grown into a bigger part of the job, especially in a four official system. He believes that allows an official to have a better net presence and be in better position around the goal.

“The official in the neutral zone is doing a lot more backwards skating because now the play is coming at him as opposed to the days when we were chasing the play.”

“I think over the last several years we’ve started to change how the game is played. I know coaches, players have adapted to the new rule applications. I think the old days, we as officials used to pick and choose and now we see and react more. It’s certainly made our game a lot better.”

Programs for officials start at 14 years old but the referee pool makes up everyone from teenagers to players transitioning to a different role on the ice. Until an official turns 16, they can only officiate house league. Once an official moves up the level certification system, they can begin to work rep games.

“We’ve done a much better job collectively on how we educate our officials, whether they are returning officials or new to the program,” said Wedlake. “I think the tools we use to teach our new officials and returning officials has improved. I think our supervision program is a lot more robust than it’s been in years. I think overall we have done a better job collectively to try to get the best product on the ice for all our participants.”

Seeing an on-ice official show any emotion could be confusing for those watching the game. Still, Wedlake wants people to know that he loves his job and encourages his fellow officials to not be afraid to crack a smile.

“We emphasize to have a good time. It is a job in the sense that we are all paid but I think it is important to enjoy those opportunities and have some fun officiating. There’s no shame in ever smiling and letting people know you’re actually having a good time. I found as an official, the level of hockey I worked, I had the best seat in the house and I enjoyed every moment of that.”

There are a number of skills that goes into making a good official. According to Wedlake, that list includes knowledge of rule book, communication, the ability to skate, discipline and patience. He emphasizes how necessary it is to put in the time and to gain experience while learning from mistakes.

An official can end up officiating as many as four games a week depending on the area. Over that time, they may encounter some arguments with players or team officials. Wedlake advises that officials, especially younger ones, need to understand that these aren’t personal attacks but rather frustration at the black and white jersey.

While Wedlake says it is easy to get young people involved, he warns that the expectations may not align with what the job entails. He notes that retention is a problem for younger officials.

For those interested in becoming an official, Wedlake suggests checking with your local minor hockey association to see if there is a need in your region.