The start of the 2013-14 minor hockey season in Canada saw a major change at the Peewee level. As the season kicked off, Peewee hockey players across Canada were no longer permitted to body check at this level of play. In the Official Hockey Canada Playing Rules, Rule 6.2(b) has been revised and now states: In divisions of Peewee and below and Female Hockey, a Minor penalty or, at the discretion of the Referee, a Major penalty and a Game Misconduct penalty shall be assessed any player who, in the opinion of the Referee, intentionally body checks, bumps, shoves or pushes any opposing player. If a player is injured, a Major penalty and a Game Misconduct penalty must be assessed. When the offensive player is skating towards the defensive player, the defending player may not hit the offensive player by going in the opposite direction to that player. The body contact must be as a result of the movement of the offensive player. There must be no action where the offensive player is pushed, checked or shoved into the boards. Where in the opinion of the Referee, accidental contact has taken place no penalty shall be assessed.

Checking is a critical skill in the game of hockey that when performed properly can create quality scoring opportunities or help a team regain control of the puck.  Just like skating, puck control, passing and shooting, there are key progressions to the skill of checking which when taught effectively, can greatly enhance a player's enjoyment of the great game of hockey.

A common misconception is that the skill of checking begins at a certain age or age category of play.  In fact, checking is a 4-step progression that begins the first time a young player steps on the ice.  Body checking is the fourth and final step of a four step teaching progression. But each of the phases that precede body checking are essential skill components of an excellent checker.

Hockey Canada has developed a Coach Clinic and a supporting manual entitled Developing Checking Skills to provide coaches with the necessary information to teach young players checking skills in a progressive manner.  The transition from non-body checking to body checking hockey can create anxiety for young players, but if coaches are able to effectively put the building blocks in place, players will be able to make a smoother transition.

Coaches are encouraged to take the time to become familiar with all the concepts in the Developing Checking Skills program and to adopt the progressions that are presented.  After all, it is the players who benefit from quality coaching and as coaches develop their skills in this area of the game, players will improve. Remember, checking is a 4 STEP PROGRESSION!

Before even considering the 4 Step Progression, coaches must be understand that skating is the most essential skill in hockey, and serves as the prerequisite to almost all other skills.  The ability to skate efficiently and effectively forms the foundation of a player’s ability to effectively develop all other skills involved with the game of hockey.  Players will be unable to grasp and execute skills such as angling and positioning if they are unable to skate well with complete control of the edges of their skates.  It is vital for a coach to ensure that the foundation of all other skills, skating, is mastered before moving on to more advanced skills.

The skill of checking is most easily taught and understood by following the National Coach Certification Program (NCCP) 4-step progression model.  A diagram of this model is illustrated to the right.  The NCCP checking model is based on the principle that checking should be taught in four logical steps.  Each step builds upon the previous step and brings the hockey player that much closer to being able to give and receive body checks competently and confidently.  The NCCP checking model is well illustrated by the Checking Skills pyramid, which shows the progression by age category and outlines the skills to be mastered at each age level.

As skating improves in young players, their ability to angle improves. But like all skills in the game, repetition and practice are the keys to perfecting skills. Angling is considered the first line of defense for a player.  Body and stick positions are important in checking and often can be done effectively without even making contact with the puck carrier. Angling is the ability to force the opponent to go in the direction that the checker desires.  This normally would be towards the boards or keeping the opponent to the outside.

The second phase of the Checking Skills pyramid is stick checks. If the ultimate goal of checking is to help a team regain control of the puck or create quality scoring opportunity, any stick check performed properly can assist in achieving these results. Stick checking may be considered the second line of defense as angling forces the opposition to a position where contact can be made with the stick.

The third phase in the four phases of checking involves body contact and contact confidence. Keeping in mind that defensive play begins the instant the opposing team is in possession of the puck, all checking skills are intended to regain possession of the puck.  Skating as well as positioning and angling are used to direct the puck carrier. This is accomplished by using the stick as an active line of defense in attempting to further control the opponent.

Body contact is defined as incidental contact of two opposing players in pursuit of the puck or position on the ice moving in the same direction.  In most cases, body contact occurs as a result of movement by the offensive player.

Body checking is the final step in the 4 step checking progression.  A body check can be defined as body contact primarily caused by the movement of the checker.  That movement can be and often is, in a direction different than that of the puck carrier.  The checker uses their body for the purpose of stopping the attacking progress of the puck carrier and/or to separate the carrier from the puck.

The skills needed for body checking are the effective mastery of the first three steps in the checking progression.  It all starts with skating skills and insuring the checker is a strong and efficient skater with very good balance on their skates.

Hockey is a fast-paced game and the skills sets of young players today are much more advanced than youngster who played the game as little as 10 years ago. As the game continues to evolve, so too should the ways in which minor hockey associations and leagues continue to manage the game. There is no simple solution to issues like body checking. However there are a number of strategies that have been put in to play over the past 10 years to address the changing nature of the game and the way young players approach competition.

With the inception of the teaching curriculum: Developing Checking Skills along with the introduction of the Hockey Canada Skills Manuals in 1996, Hockey Canada addressed the need to focus on skill development, resulting in a more skilled player based than ever before. But along with improved skills and a game played at a higher level of intensity; parents, coaches, officials and players all need to be educated in the way the game has and is constantly changing. 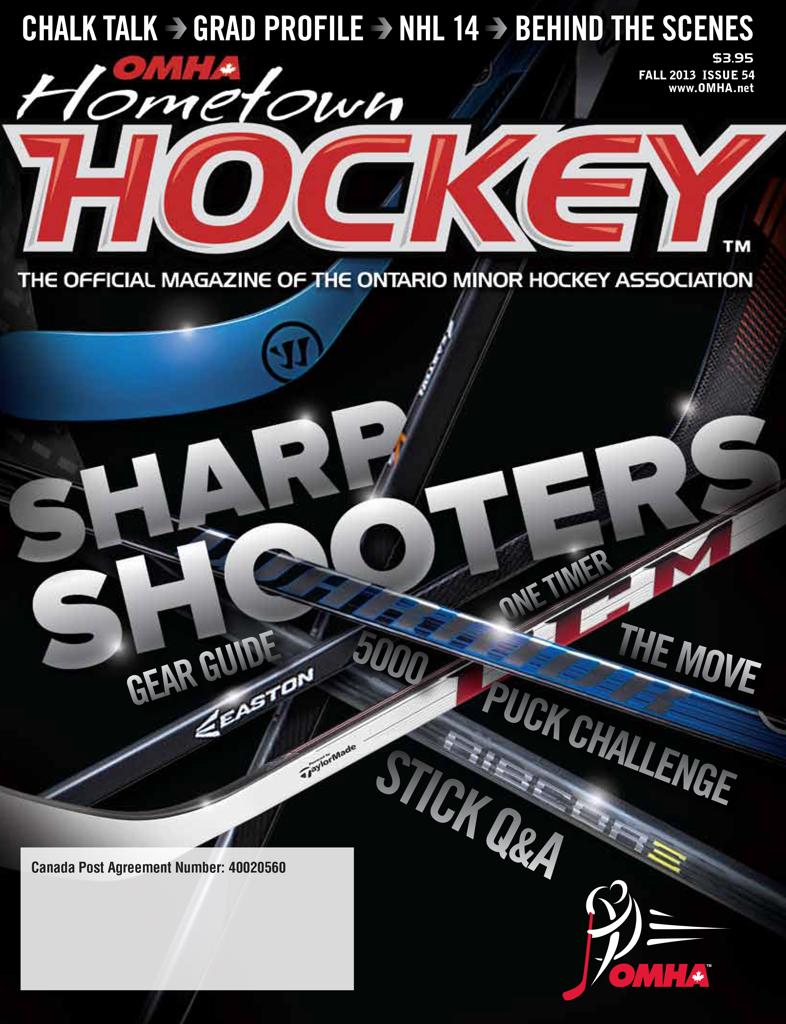 This story was featured in a recent edition of Hometown Hockey Magazine. If you are not an OMHA member, subscribe now or read the digital edition today!