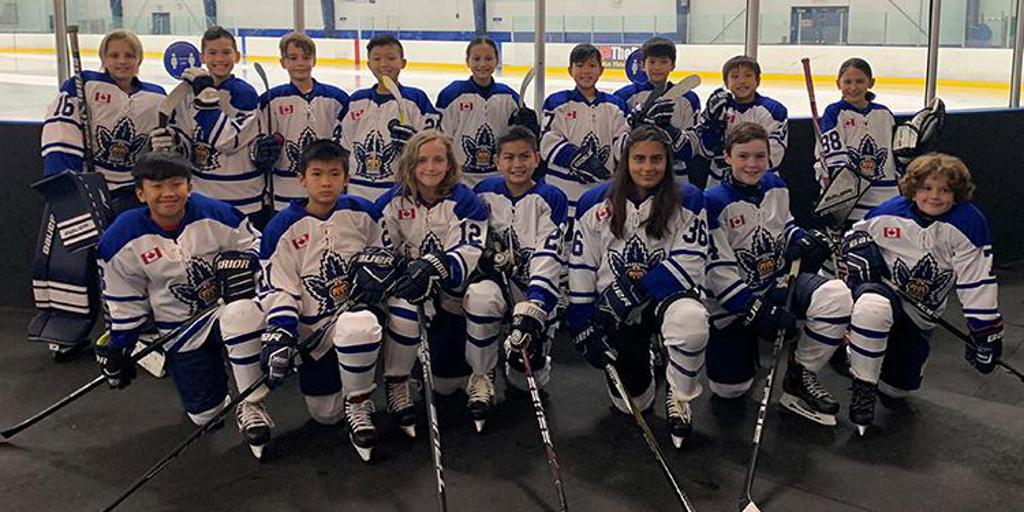 The Ontario Minor Hockey Association is back to playing ‘normal hockey’ for the first time in almost two years, after the pandemic forced restrictions on and off the ice and many starts and stops to the season.

At rinks all over Ontario, including one in Markham, thousands of the OMHA’s young players and parents alike are enjoying the moment.

“You don't know what you have until it's gone. So, it's this magical feeling of being back on and it’s very emotional,” says Richard Wong as he watches his 10-year-old son out on the ice.

Wong, whose parents came to Canada from Hong Kong and never had a chance to play in his youth, says his son Marcus hasn’t been the same without hockey.

“I was bored, I had nothing to do. I just spent most of my days on the couch,” Marcus says.

It’s a similar story for his teammate Myrah Somani.

“I missed it a lot because we weren't really doing any exercises during COVID. And now we're moving.  It’s a lot of fun.”

Myrah’s mother, Alifa Somani, was born in East Africa and never had a chance to play when her family moved to Canada when she was a child. She says her daughter now can’t live without the sport.

Andrea Stevenson is smiling watching her daughter Asha out on the ice again as well.

Stevenson says the pandemic impacted her daughter’s mental health with all the screen time sucking the life out of her.

“For her, it’s life changing (to be back). She’s an only child. So being quarantined when she’s an active kid really took its toll. Not being able to see her friends for two years now feels like an eternity.”

“On a scale of 1 to 10?  It’s a 10 (to be back),” Asha says, adding she loves some of the changes the OMHA made this year to help players get their feet back under them with less stress and more prep time before tryouts.

“It felt different because I hadn’t done it in a long time. At first, I felt like I needed to get back to where I was. But after the warmup and you skate around the ice, I felt like it (COVID) had never happened.”

With the much-anticipated start to the season, the OMHA also introduced a number of major new changes to improve the hockey experience for participants such as Asha and their families.

Among the changes, there are now five developmental phases over the course of the season plus seasonal breaks over the holidays in December and March Break so families can spend more time together.

A new playoff format will see exciting championship weekends and festivals all over the province in the new year including more teams than ever before. That will ensure more meaningful hockey across the province and as many players as possible in action right up until March. (Click here to see more details about the new seasonal structure).

“I love that we get to play more than six months of hockey. It's amazing how long it is and how much how much fun it is. I also like how we have breaks over the holidays. But right after the holidays, we’re back on the ice.”

The pandemic forced the cancellation of the season in March 2020 and there were many restrictions last year to keep players distant and safe on the ice. That’s why the OMHA is ecstatic to see more than 80,000 players have registered for the 2021-2022 OMHA season, a 17 percent increase over last year.

“We are thankful to see thousands of players and their families so excited and back playing ‘normal hockey’ and we’ve introduced some major changes this year to make hockey even better,” says Ian Taylor, Executive Director of the Ontario Minor Hockey Association. He adds, “We know how difficult these past two years have been for our children and it’s reminded us once again of the important role hockey plays in their lives. It’s something we can never take for granted again.”