First of three players picked as first round selection 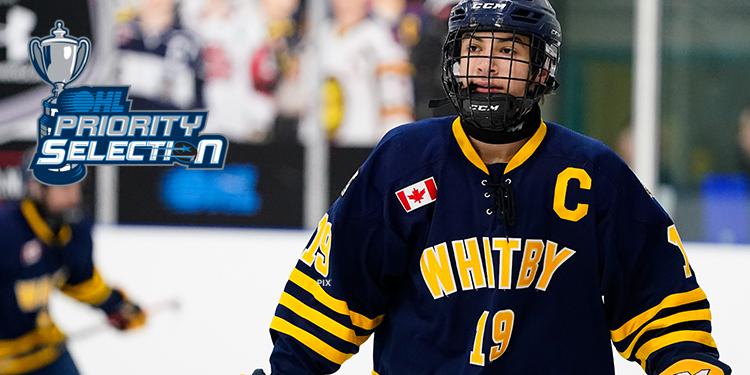 Hockey dreams took a major stride forward on Saturday as Ontario Minor Hockey Association players were chosen in the Ontario Hockey League’s Priority Selection, including three in the first round.

See a full list of all the OMHA players chosen at the bottom of the page and the full draft results here.

Player development is a key component of the OMHA experience. The OMHA conducts a wide range of clinics for players, coaches and other volunteers to improve their skills and enhance their overall experience and enjoyment of the sport. OMHA boasts a long list of grads who earned their place in the NHL from Taylor Hall to Travis Dermott to Drake Caggiula. Up and coming names include World Juniors gold medallists Aidan Dudas, Connor McMichael, Ty Dellandrea and Quinton Byfield. 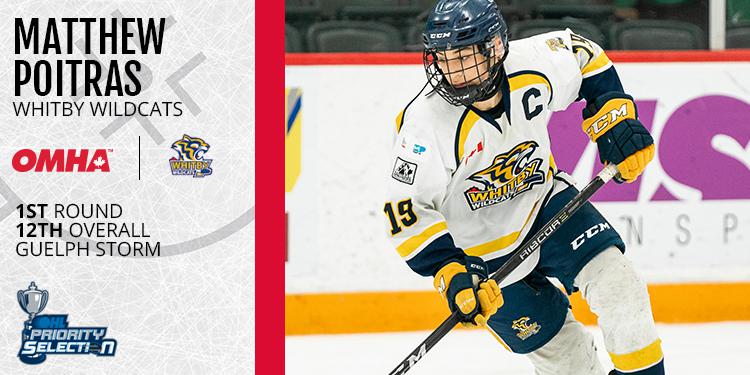 The draft class was led by Whitby's Matthew Poitras, chosen 12th overall by the Guelph Storm. He is described as an offensive playmaking centre who utilizes his skating ability and vision in the offensive zone to generate time and space for his linemates. He is a constant offensive threat every time he steps onto the ice; he makes defenders panic with his speed in transition and his slick puck handling ability. He is tenacious at driving the net in the offensive zone and he often provides his team time and space when doing so, ultimately creating havoc for defenders. 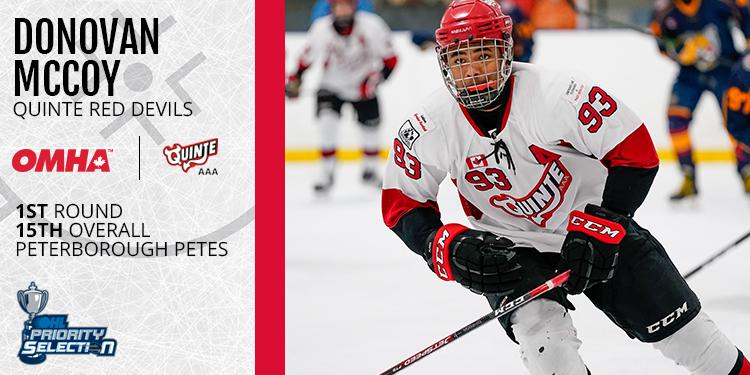 Next off the board was defenceman Donovan McCoy from the gold medal winning Quinte Red Devils. A two-way player who uses his feet to defend and to jump in on the attack. He uses smart positioning, good gaps and smart reads to assist his team in defensive zone. Going forward, he makes consistent crisp passes and gets the puck to his forwards for a quick transition. McCoy possesses a strong point shot and he creates great shooting and passing lanes as moves along the blue-line with a lot of confidence. 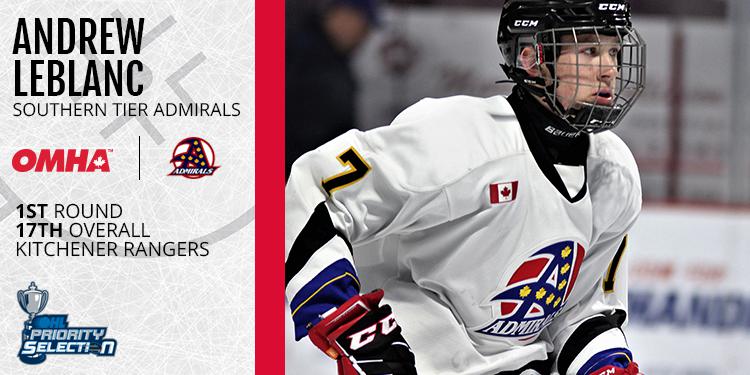 Rounding out the first round for the OMHA is Southern Tier Admirals forward Andrew LeBlanc. Patience, poise, and a high-end skill set allows LeBlanc to drive a lot of offence from his stick. He is hard to check, firstly because he is always moving his feet and he has great puck control when he makes quick cuts and turns. Secondly, his vision and passing ability are very good. He knows where the puck is going before its on his stick, making quick one-touch plays or he buys time to allow a passing seam to develop. In addition to this, LeBlanc can score by using smart positional play and a quick release. 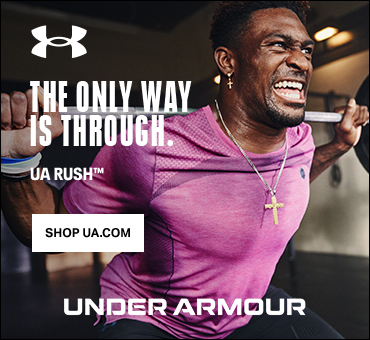