Should My Kid Be Playing Up?

Well-meaning thought can have negative effects on development 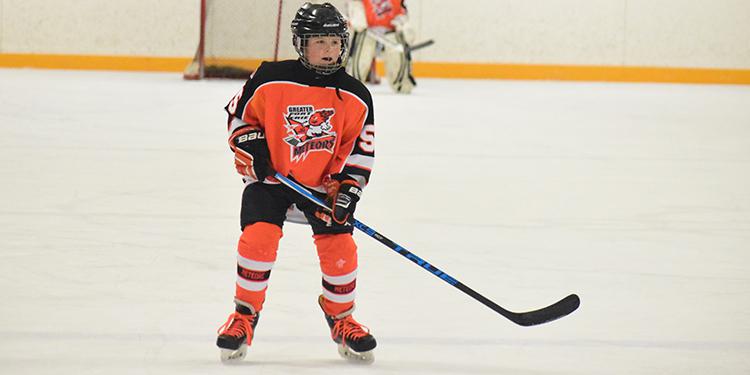 Should my kid be playing up?

It’s a question some parents ask themselves during the hockey season. It is often assumed that playing in an older age group means that your child will become even more advanced in their skill development. However, that well-meaning thought can actually have negative side effects.

Every team is made up of players with different abilities and skillsets. A skilled player playing in their own age group will likely have more puck touches and further development opportunities. If they move to an older age group, the spotlight can suddenly dim and all of a sudden they are struggling against the bigger, faster players. This can do damage so a player’s self-confidence, and their opportunity for development can be drastically reduced.

Depending on the league, a child playing up may be sharing the ice with someone who is two years older than them. Even if they have the skills to keep up with the other players, those extra inches in height and size in muscle are part the physical aspect of the game that needs to be factored in when thinking about if skill development could be hindered.

Just because your child doesn’t play up doesn’t mean they will be overlooked! Before you know it, there will be no more tournaments on the weekend or early mornings at the rink. Slow down and enjoy the moment - there shouldn’t be a rush for minor hockey to end.

As we all know, some of our best friends in life started out as our hockey teammates. Playing up means that players won’t be sharing the locker room with their friends and classmates and are suddenly exposed to social situations that they wouldn’t have otherwise experienced. Having fun is the main goal of minor hockey and those playing up may struggle to find the same enjoyment if they weren’t playing with their friends.

“Players who have the opportunity to interact with those the same age can learn a lot about what it takes to be a leader instead of relying on older teammates to make decisions,” said Michael Dundas, Manager, Hockey Development. “The goal of youth sport should be keeping as many kids playing for as long as possible, in the best environment possible and we believe that occurs when players align with the Long-Term Player Development model.”

Playing up shouldn’t be looked at as simply a one-year solution. Two or three seasons down the line, what will happen to the player who, after their early growth spurt, is now the same height as their teammates and doesn’t make the next ‘up’ division? Suddenly they find themselves ‘back’ with those who are the same age, missing out on those valuable seasons together.

Just as there are kids who are early bloomers, there are those who may take a bit longer to reach the same level of skill development. Nobody can predict the future and trying to get a jumpstart on reaching a player’s full potential can end up being a step backwards. Are players relying solely on their physical stature to be successful at this stage? Or do they actually have a skillset far beyond their peers?

“The Long-Term Player Development model for hockey was developed to do the right thing for players at the appropriate stage in their development as an athlete,” said Kevin Hamilton, Director, Hockey Development. “Playing at an older age group implies that players aren’t receiving enough development with their peers. Hockey is a late specialization sport and player development is a long term process that shouldn’t be rushed.”

It needs to be determined what will benefit everyone the most. Is the child or the parent the one advocating to make the move? What is the end goal of playing with the older kids? Parents rightfully have the mindset of not wanting their child to fall behind but choosing to take them out of an age-appropriate setting may actually put them in a bad spot. Associations have guidelines or parameters for players playing up an age group so the decision isn’t solely up to the parent. It is okay for parents to want their kids to get to the highest levels but they need to know the best way to go about it.

A hockey team is like a classroom. One child may excel in reading they may struggle in math while others are the opposite. Does it make sense to move them up just because of they exceed in one area? If a player is struggling in an aspect of the game, they aren’t sent down to a younger age group. Instead of solely focusing on those who are excelling, let’s find out why a child may be struggling and work to fix it. A player’s coach has an impact on the player development experience.

Parents are going to be the only ones worried about their kids falling behind. Just because your child doesn’t play up doesn’t mean they will be overlooked! Before you know it, there will be no more tournaments on the weekend or early mornings at the rink. Slow down and enjoy the moment - there shouldn’t be a rush for minor hockey to end. 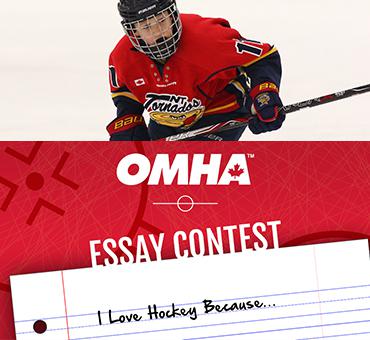