Showcasing the Future this Weekend 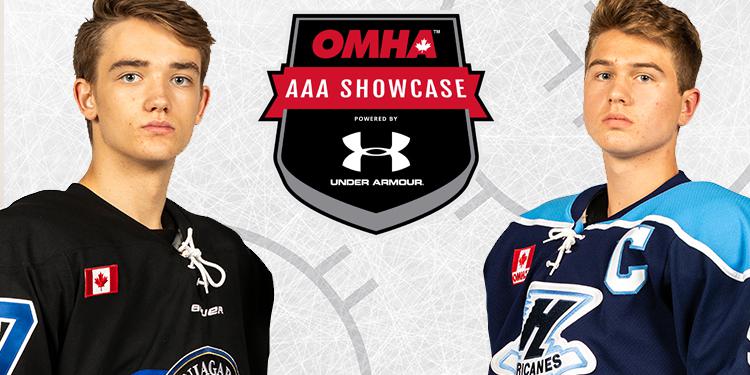 The great ones that grew up playing Ontario Minor Hockey Association have taken their places at the next level of hockey. Now, the next wave of talent like Niagara North Stars forward Parker Hendsbee and Lawson Sherk of the Halton Hurricanes will take to the ice at the Ontario Minor Hockey Association’s Minor Midget AAA Showcase powered by Under Armour in Oakville on December 8-9.

Ten Ontario Minor Hockey Association teams from the South Central AAA Minor Midget League will battle head-to-head in a series of games in front of hundreds of pro, junior and university scouts at the Sixteen Mile Sports Complex. This is one of the few times a year that all the league teams will be under one roof competing at the same time. This will be an action-packed weekend with high quality Minor Midget hockey. These players are some of the best that the OMHA has to offer.

A list of players to watch, including Hendsbee and Sherk, are listed below. The weekend will also include the ETA vs. SCTA Midget All-Star Game and the rosters can be found below.

"The Ontario Minor Hockey Association has consistently developed bonafide prospects for the OHL year in and year out,” said Jason Ford, Barrie Colts General Manager and Head Scout. “This type of setting with all of the teams in the league playing in one place allows us to evaluate the league as a whole, and saves us a lot of time moving forward. This Showcase provides us with more information on players we are interesting in pursuing, and helps us pinpoint who we want to pay more attention to as the season goes on."

Partners for the OMHA AAA Showcase include presenting sponsor Under Armour, along with Gatorade, Muscle MLK, Ontario Hockey League (OHL) and U Sports.

Whitton is a big power-forward player that skates well for his size and has good skills. He plays an aggressive game, and has a good physical game. He has a good shot and makes good decisions with the puck.

Blackley is a very smart defenceman that does a great job of controlling the play. He plays a lot of quality minutes for his team and is effective in every situation. Has a good transition game, which is highlighted by his excellent passing ability.

Ziliotto is a dynamic forward that makes plays with pace and has the ability to make something out of nothing. He thinks the game well and has good offensive instincts. He competes hard and wants to make a difference.

Eurig skates well and has great acceleration. He has good skills and is crafty with the puck, generating a lot of offence for the Highlanders. A smart hockey player that consistently makes good puck decisions.

Phillips has an excellent compete level - he is tenacious on the puck and not easy to play against. Skates well, has excellent skills, and is effective on both sides of the puck. He’s a ‘heart and soul’ type of player that every successful team needs to have and he’s been valuable to the Jr. Gryphons.

Sherk is an exciting player to say the least. He has a powerful stride and is a good skater with mobility. Skill level is excellent and he understands the game well. He’s an effective two-way centre that contributes a lot on both sides of the puck.

Maillet is a big, playmaking centre that has the ability to contribute in all zones. Excellent hockey sense – he thinks the game ahead of his peer group and anticipates the play really well. Skates well with good skills and makes his mark known in special teams situations.

Hendsbee is an excellent two-way winger. He possesses great offensive upside, a great shot that he gets off quickly and a good work ethic. Likes to work in traffic and is effective in dirty areas. Hendsbee has helped the North Stars stay at the top of the standings this year.

Jodoin is physically gifted and an athlete. He has really good mobility for his size and likes to add offence from the backend for his team. Jodoin has a good work ethic and does a good job at getting pucks on net.

Chipman is an offensively gifted player that makes excellent puck decisions. He has good hands and a really good shot. Effective at getting to loose pucks and winning battles. 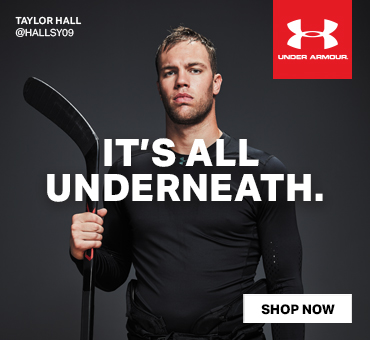