Building on the concept of using indirect passes to create offence, it's important to remember to support the puck carrier while attacking open ice. This creative play, called the Bump Pass, helps with team speed and cross-ice support.

There is video breakdown of two different in-game sequences as well as a great drill that can be incorporated into your practice plans.

Now, let’s take a closer look and break it down… 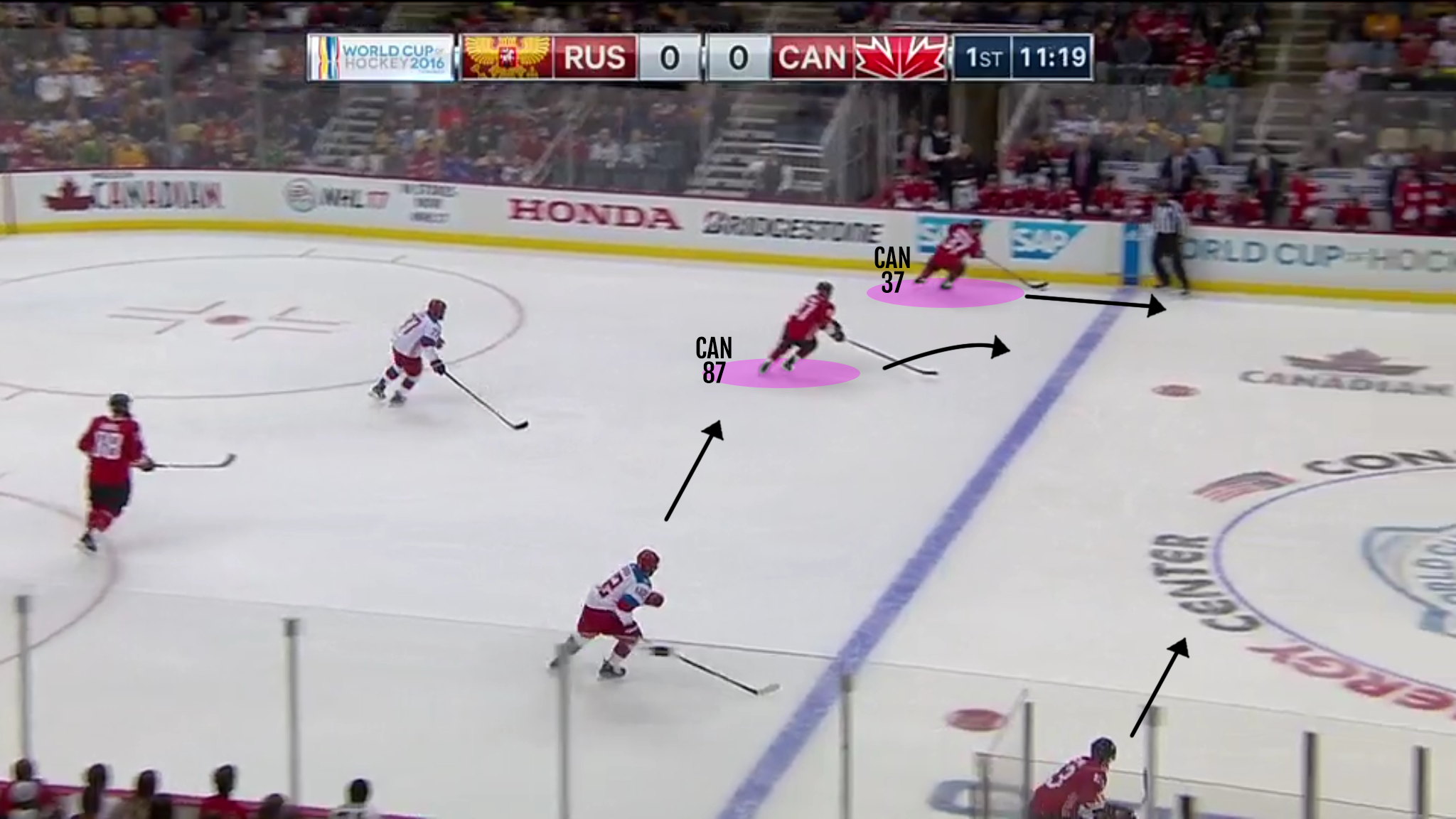 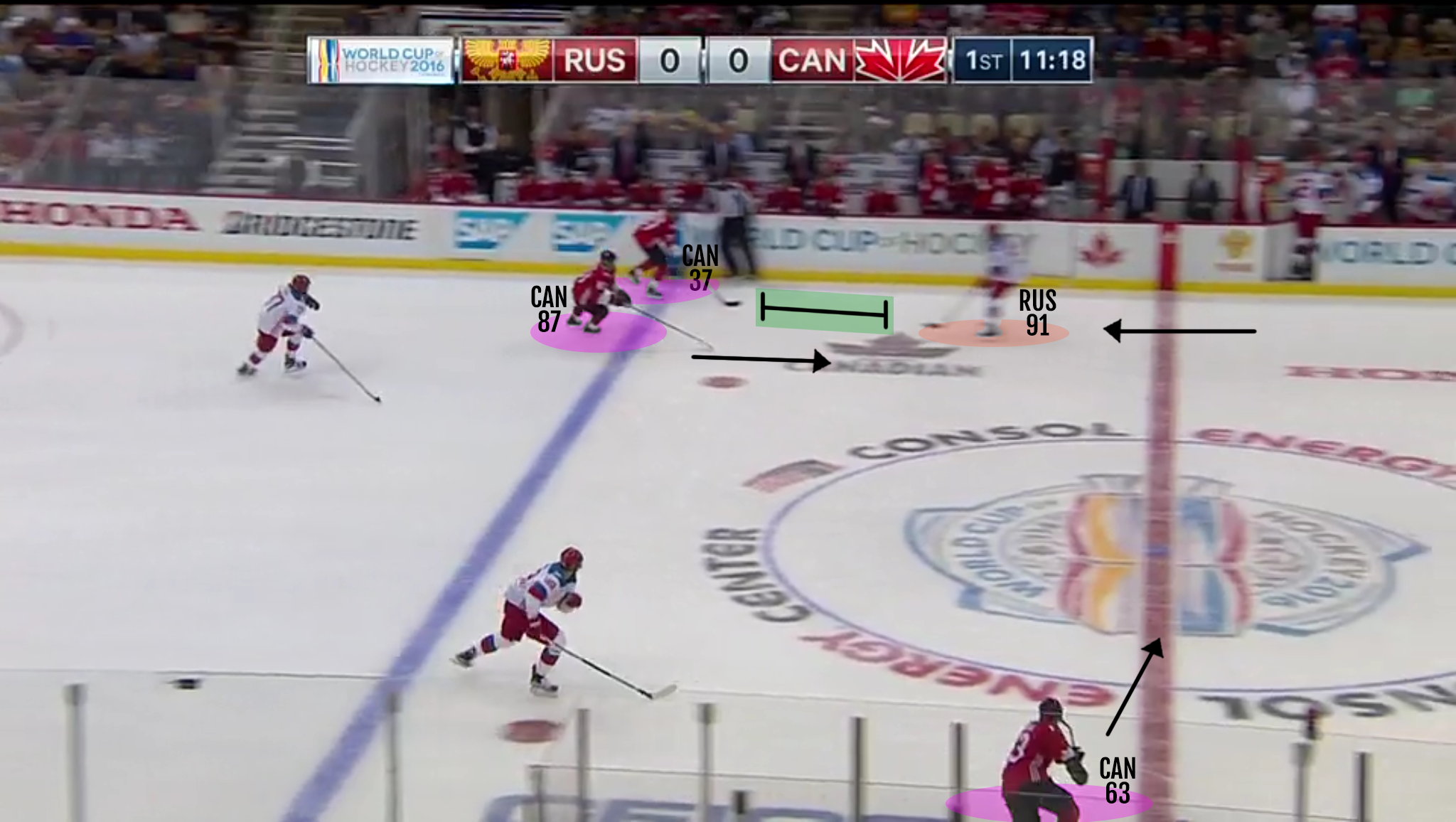 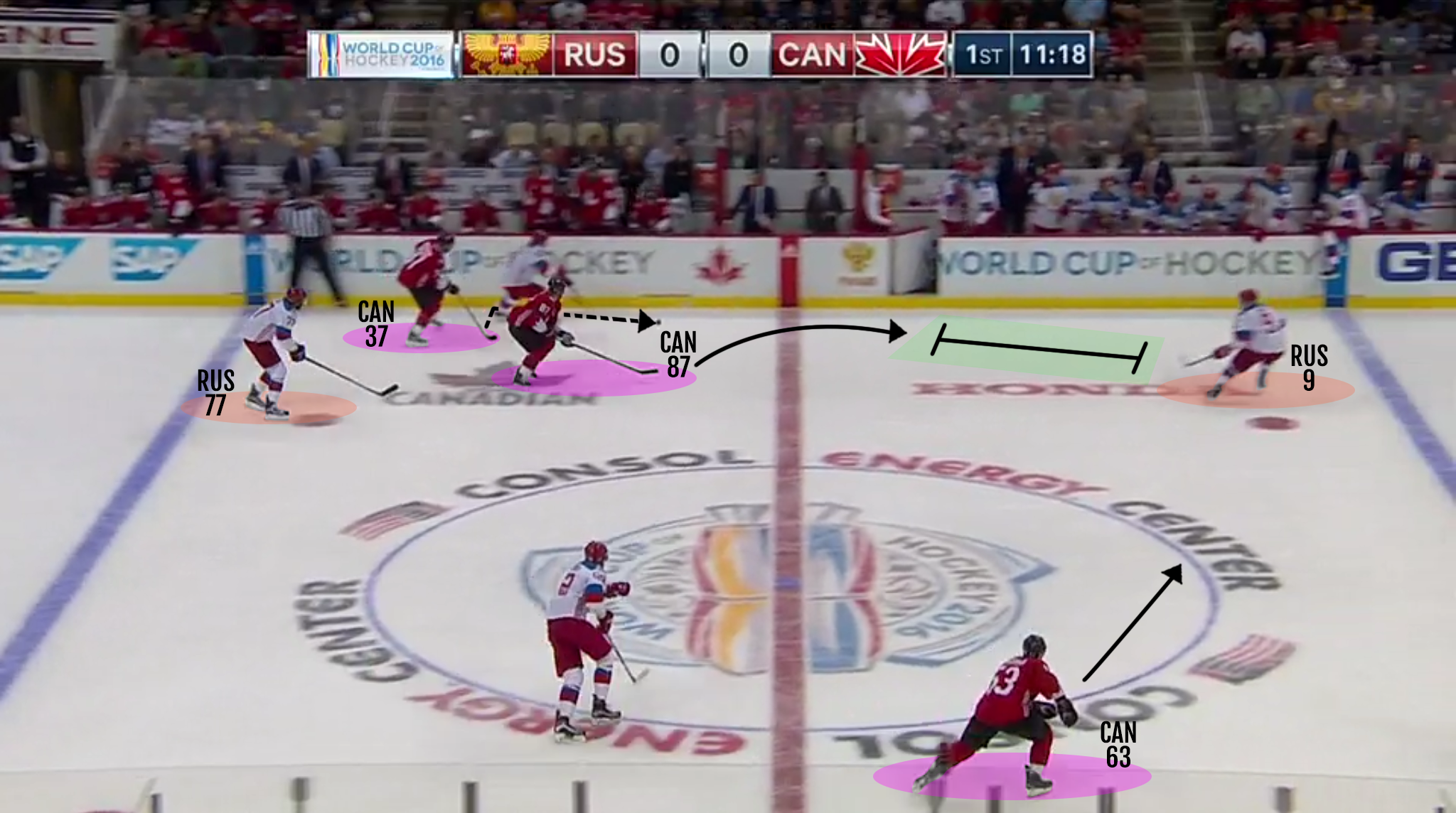 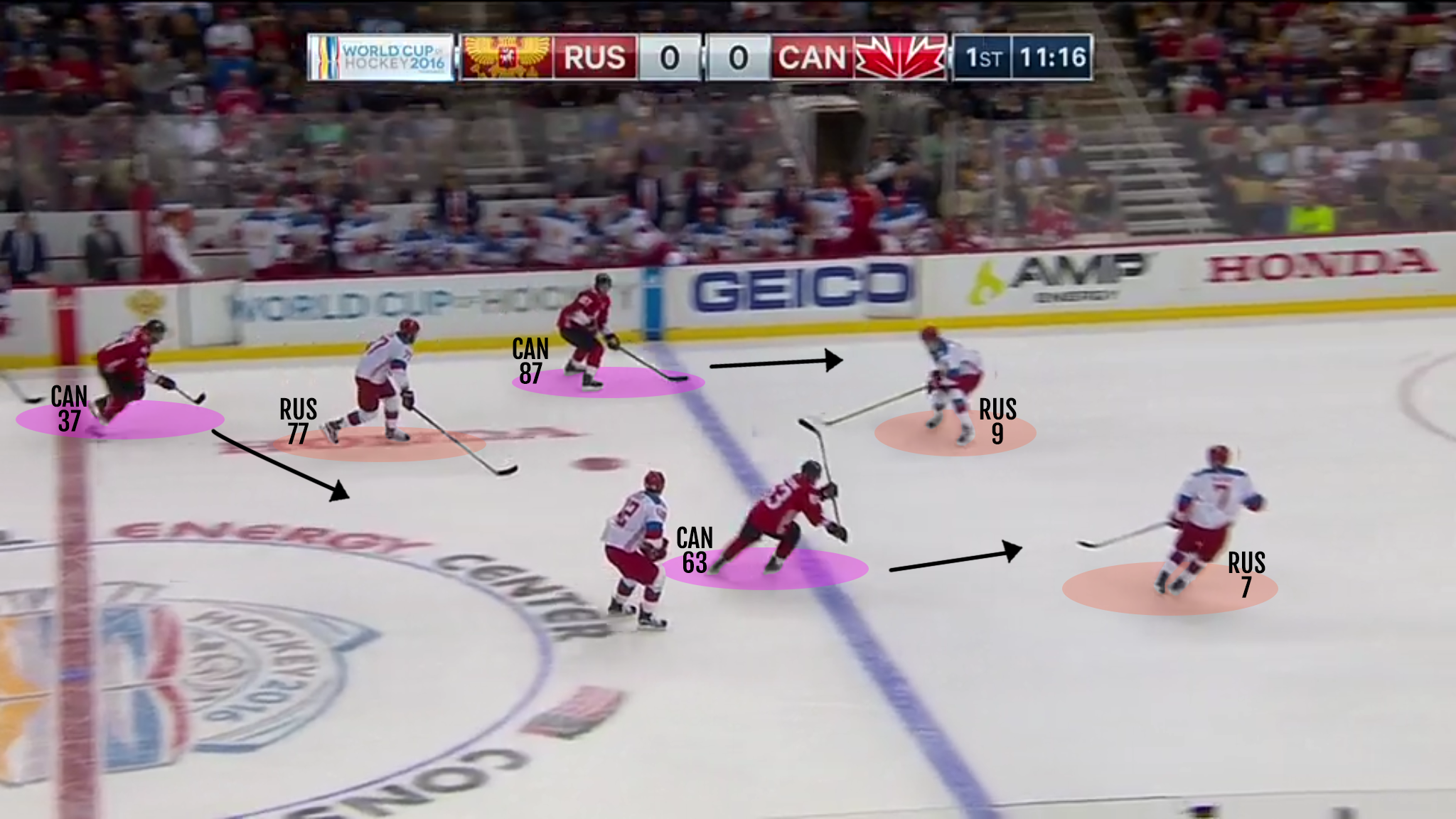 Watch the video again to see how to support the puck with speed, create mismatches and attack open ice.

In this second game video featuring the Pittsburgh Penguins and Arizona Coyotes from earlier this season, the Penguins use a similar bump-pass at the offensive blueline.  Watch how PIT81 slows, getting the defenceman to step-up while PIT43 slashes across with speed and picks up puck off the bump-pass behind the defender.

This play and entry is clearly part of the Penguins team identity and style of play – using speed, moving the puck north as quickly as possible, attacking open ice at every opportunity.

It is also something that as a team, they have incorporated into their practice and preparation. In the drill below, they use two bump-passes in a simple 3v0 warm-up drill to reinforce their style of play and specifically using the bump-pass with team speed and cross-ice support to create mismatches and attack open ice.

This is a simple, high tempo way to start your practice and reinforce the concepts of supporting the puck, creating mismatches and attacking open ice. 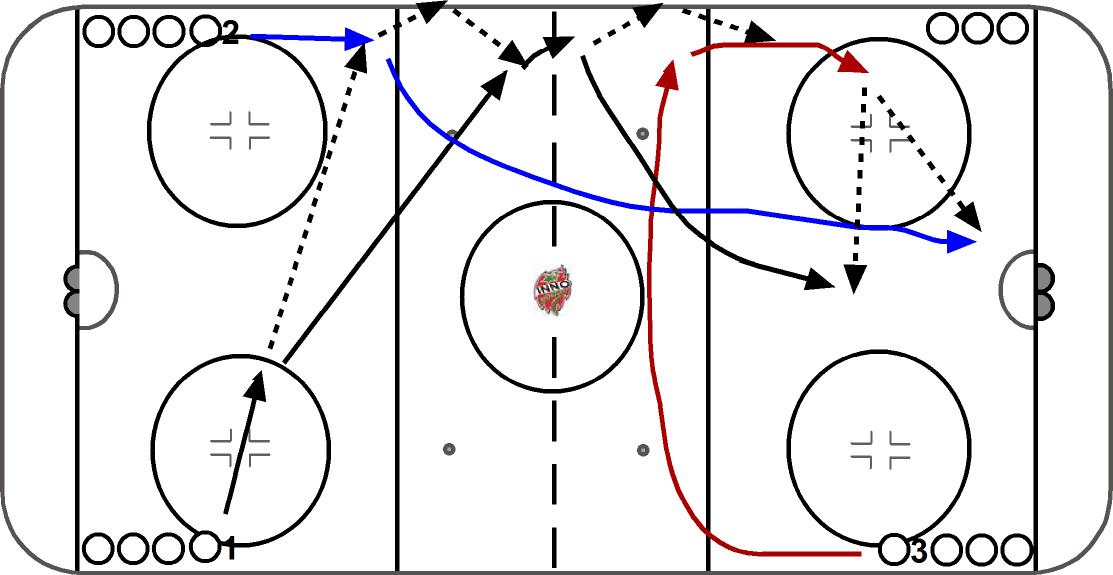 The Hockey IntelliGym is a breakthrough cognitive training technology that hones hockey sense and has been scientifically proven to improve player safety. IntelliGym has been used by thousands of players - from OHL teams, to USA Hockey, to last year's OMHA Minor Midget champions - to improve individual players' points total, heighten spatial awareness, and foster better anticipation of the play. Recent research from the University of Delaware suggests training with IntelliGym is a great way to reduce concussions and other on ice injuries. The software, which can be used on any computer, can be purchased here.

"What I'm noticing with IntelliGym is that it compliments my use of area games or situational pressure drills in practice. My players are recognizing and executing their options faster than they have in the past.  This improvement has translated to games. They are moving to open areas to support their teammate with the puck." 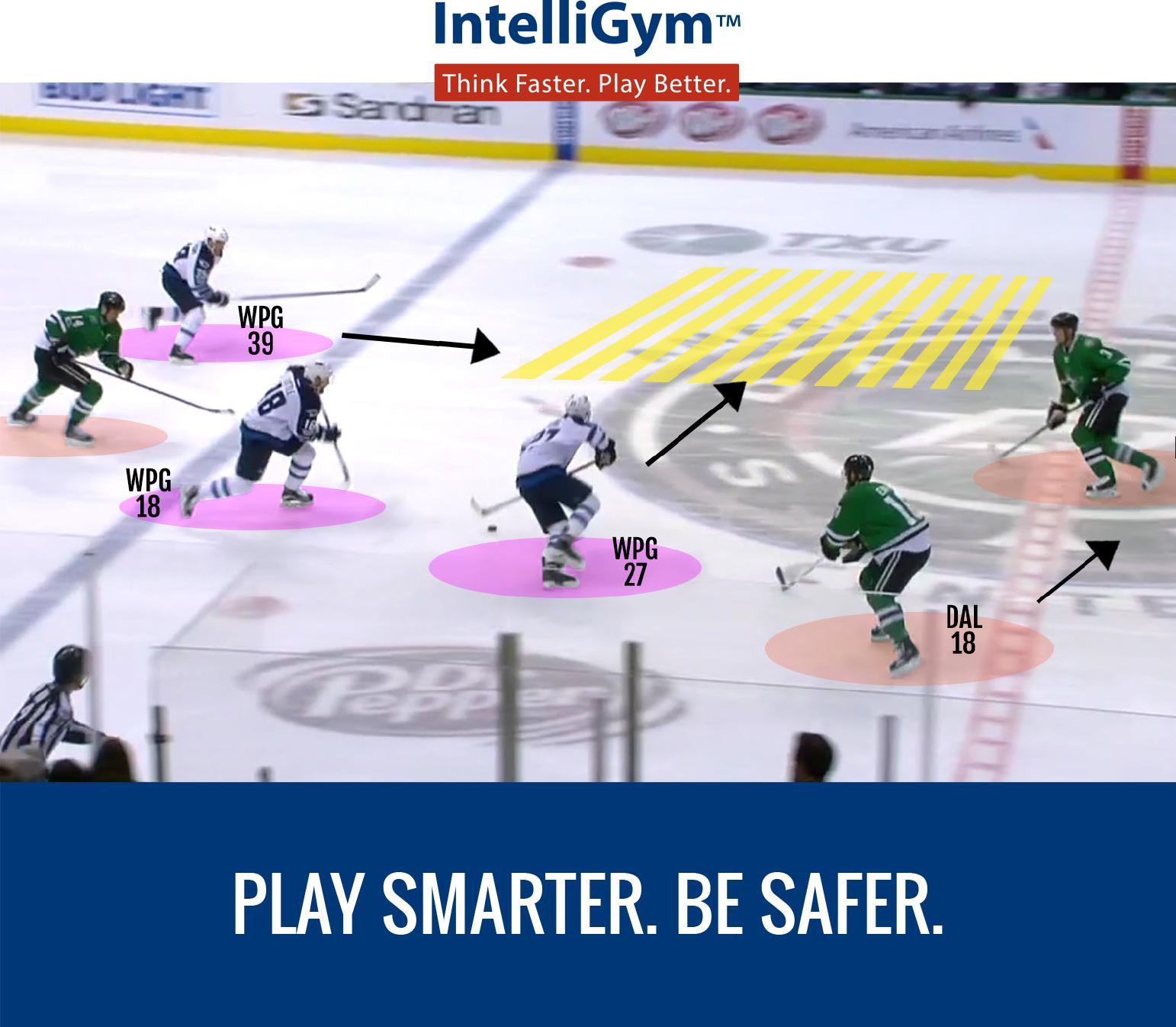