The Balance of School and Hockey 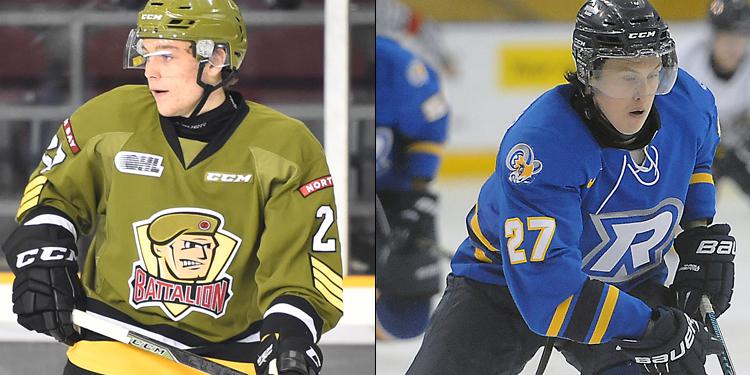 Almost every minor hockey player has experienced dealing with the tough balance of finishing homework and playing through a busy hockey schedule.

Developing a solid time management plan can turn out to be one of the most important off-ice skills for players to learn. Players can take advantage of car rides to and from games and developing a homework routine so that hockey does not end up taking away time from education.

As players grow older and move to higher levels of hockey, the balancing act becomes trickier. For those on the road as often as Adam McMaster (North Bay Battalion) and Daniel Clairmont (Ryerson University), missing classes can sometimes be part of their schedules but neither uses that as an excuse for missing assignments.

“(The biggest challenge is) having tests when I’m away for road trips,” said McMaster, a Niagara North Stars grad. “When I was away at (the U17 World Challenge), that was pretty hard. I was away for two weeks and that’s two full weeks of school, so that’s a big chunk of high school. I kept emailing my teachers and they were telling me what to do, what papers to write and what to research and stuff like that. They are very understanding of what I’m going through as a player and that’s really nice.”

McMaster likes to plan out each week ahead of time, working on his homework when he doesn’t have games or practices. He gets his work done before game days so he can focus while at the rink. His grades were noticed by the Ontario Hockey League as he was named an Academic Player for December along with fellow OMHA grads Nathan Dunkley (Kingston Frontenacs) and Nicholas Deakin-Poot (Guelph Storm). Ty Dellandrea was recognized by the Flint Firebirds as the winner for their team.

Four #OMHA grads were recognized as Academic Players of the Month in the @ohlofficial!

“Adam demonstrates a thorough understanding of course materials and makes connections easily,” said Battalion academic advisor Judy Smith in an OHL press release. “He was able to manage his school work effectively and independently while competing at the World Under-17 Hockey Challenge in Sault Ste. Marie earlier this season.”

Like McMaster, Clairmont planned out his course schedule at Ryerson to ensure and even course load throughout the week. Between practices four days a week and up to two games, there is little time to waste for the North Central Predators grad.

“There are times when it’s hard, especially during midterms and finals, you have to go to the rink every day, you have to put in two, three four hours,” said Clairmont. “You just have to balance everything out. Do a lot of homework, you can’t fall behind in any courses or else it becomes very challenging. Some guys aren’t able to do it but after you learn how to do it the first year, it kind of becomes the norm and you’re usually able to do it after that.”

Neither McMaster nor Clairmont would put hockey or school above the other. They understand that in order to succeed in one area they have to do well in the other. Both consider themselves student-athletes and the importance of having an education is not lost on either player.

Playing minor hockey helped to instill these values in both players and prepared them for the challenges ahead. 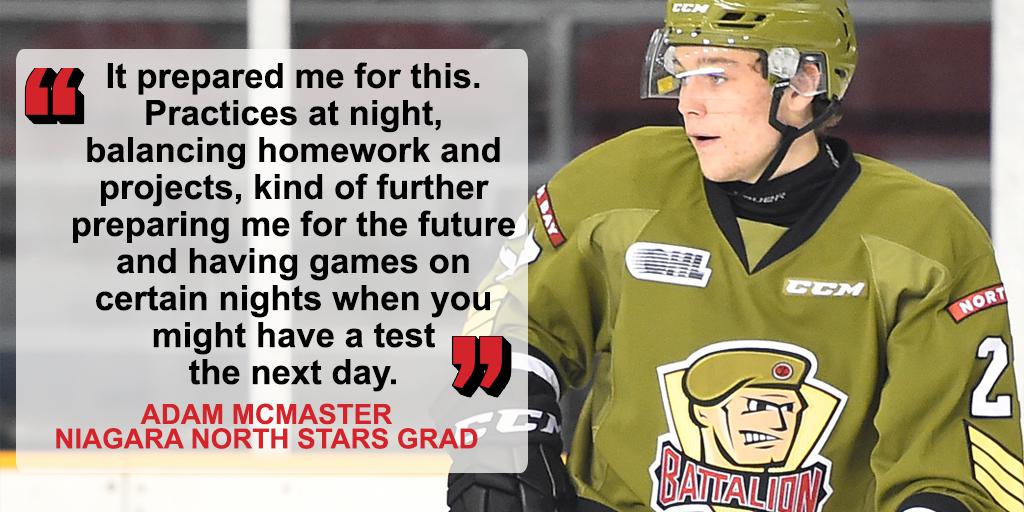 “Throughout AAA you get a schedule, every week you know every day you have a practice,” said Clairmont. “It gets you into time management. That kind of helps the whole process into schooling so it definitely helped out.”

“Practices at night, balancing homework and projects, kind of further preparing me for the future and having games on certain nights when you might have a test the next day,” said McMaster.

The balance can be a challenge but both understand the sacrifices that may need to be made in order to maintain a high performance in the classroom and on the ice. McMaster acknowledges that school gets harder as you get older but believes the trade-off is worth it.