How defencemen are getting involved on offence in today's faster game

The position of defenceman is being redefined. The terms ‘stay at home defenceman’ or ‘defensive defenceman’ have become popular in the hockey community, but the players that have gained the reputation matching those terms are vastly becoming castaways due to the increased importance of the transition game starting at defence.

One of hockey’s biggest trades in recent memory happened over the summer, where the Nashville Predators and Montreal Canadiens swapped the more traditional defenceman Shea Weber for the more offensively involved PK Subban. The trade sent shockwaves throughout the sport with varying opinions on who won the deal, largely based on how one envisions what the position should be.

Earlier that off-season, the debate popped up again in the awarding of the Norris Trophy, where offensively gifted rearguard Erik Karlsson, who led the league in assists and finished fourth in scoring, lost out to Drew Doughty, an all-star in his own right. It was an argument about how the position is evolving and just what exactly the responsibilities of a defenceman are, especially when it comes to being involved on offence.

With the speed of the game now at an all-time high, the teammates on the ice must work closely together to take advantage of every offensive opportunity and to shut down opponents defensively. Defencemen are more involved on offence and that is helped by having players rotate between positions as young players.

“The young kids, at that age, I think you should teach every position,” said Bob Caldwell, Coach Mentor with Hockey Manitoba. “You certainly want the kids to have fun. Instead of slotting the kids as a forward or a defenceman until they’re probably Peewee, I would just rotate them through.”

Caldwell is past chairman of the Hockey Manitoba Coach Development Committee, Master Mentor Coach for Hockey Manitoba and member of Hockey Canada’s National Coach Mentorship Program Advisory council. His 40 years of dedication to developing amateur hockey, Caldwell was awarded the 2015 Gordon Juckes Award by Hockey Canada for his contribution to national development. 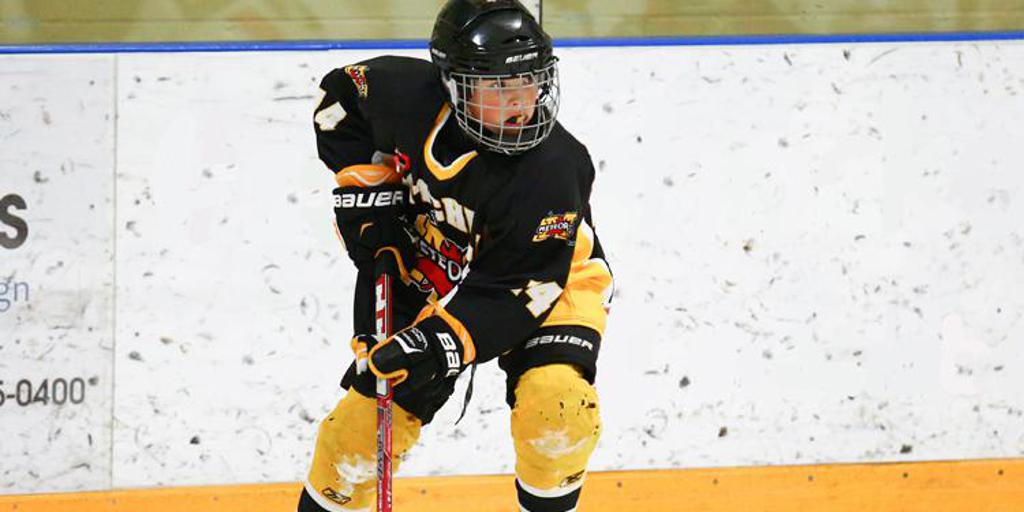 “I think we should teach all kids how to transition skate, how to skate backwards. I wouldn’t position slot kids at a very young age.”

Teaching these skills to all skaters allows for kids to be more creative on the ice and can help build awareness as they will be seeing the ice from different positions.

“With a young defenceman, the important thing to me is just getting to the puck quick, making a decision of what you’re going to do before you touch the puck and then executing quickly.”