How talent can be developed through practice

Why I Love 10,000 Hours - By Ian Taylor, OMHA Director of Development

The talent debate has been a hot topic over the past decade. Are talented people, in whatever vocation – businessmen, musicians, athletes - born or made? Certainly genes and heredity play a part – think of long-distance runners from the Rift Valley in Kenya – as well as environment and opportunity.

There is also the concept that talent can be developed through practice – that it can be manufactured.

In 1993, Dr. Anders Ericsson published the results of a study on a group of violin students in a music academy in Berlin that found that the most accomplished of those students had put in an average of ten thousand hours of practice by the time they were twenty years old.

Gladwell has come under scrutiny for his over-simplification of this ‘rule’ including from Ericsson, himself, as people have interpreted it as a promise that almost anyone can become an expert in a given field by putting in ten thousand hours of practice.

It's been lauded – C4SL - 10-year-rule, been poked fun at (see Dilbert comic below),  taken to task - 10,000-hour-rule-was-wrong-according-to-the-people-who-wrote-the-original, and Macklemore and Ryan Lewis even wrote a song about it - Ten Thousand Hours.

Simply put, it’s a great vehicle to promote key concepts of Long-Term Player Development to players, parents and coaches. In minor hockey, we are not looking to create ‘experts’ – we simply want to provide a development pathway that allows our players to maximize their enjoyment in the sport.

The beauty of ’10,000 hours’ is that it promotes the message that effort and focused practice, matter – and not just in sports – in school work, at hockey or learning a new trick on a skateboard. The number of hours shouldn’t be the focus here. Improving at anything, involves pushing outside your comfort zone. Daniel Coyle, in his book The Talent Code refers to this as operating “…at the edge of your ability” and this is not always easy – in fact, it can be a struggle. Again, this a great lesson to all students, musicians and… hockey players. Managing that struggle and overcoming adversity are life-skills that will benefit them in all aspects of their life.

Through our hockey development programs at the Ontario Minor Hockey Association we have tied the concept and that of ‘deliberate practice’ to our OMHA Players Club which includes the 5000 Puck, 10,000 Touches and 30/30 challenges which provides a framework for players to develop their shooting, puck control and ABC’s (agility, balance and coordination) at home. It also gives players the opportunity to be creative, take control of their own development and, hopefully, work at the edge of their abilities.

If there’s a downside to the 10,000 hour paradigm - in youth sports, including minor hockey, this has put some parents on alert and started a race for their son or daughter ‘to get to 10,000 hours’ as soon as possible, in search of ‘world-class’ status at age ten. While it’s easy to interpret the 10,000 hour rule as meaning hockey players should focus all their athletic time on the game of hockey to accumulate as many ‘practice hours’ as possible at younger ages, however, this has tremendously negative physical and psychological consequences.

We use ‘10,000 hours’ as a vehicle to promote Long-Term Player Development – as mentioned earlier it’s part of Hockey Canada’s and Sport Canada LTPD model – which includes these key concepts:

For those on the fast-track – athletes must be physically literate and have developed before their 10,000 hours even starts – there is a reason, for example, the best defencemen in the game, generally, don’t become ‘world-class’ until they are 27-28 years old. It is okay for parents to want their kids to get to the highest levels but they need to know the best way to go about it. They call it long-term player development for a reason – age-appropriate skills + patience; improvement & enjoyment are inevitable. 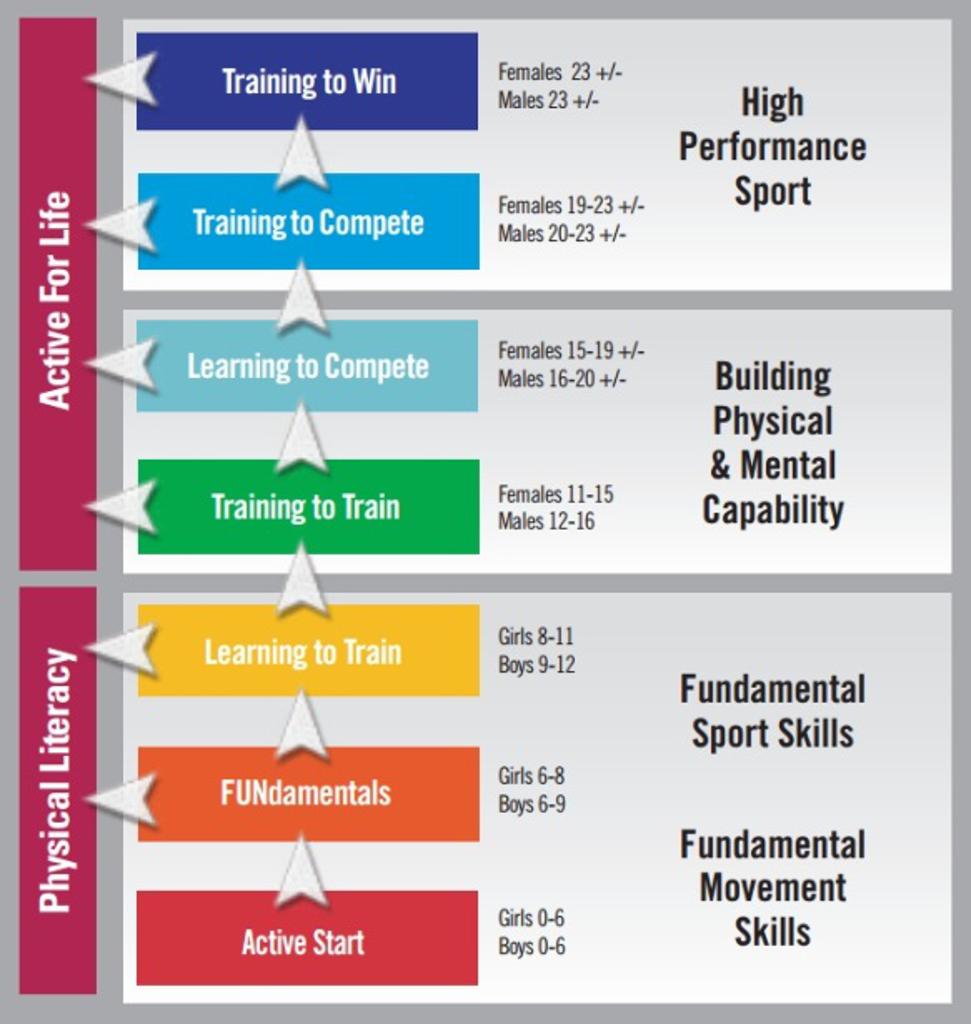