Tips for Coaches to use in Tryouts

Coaches should remember these things during tryouts

At this point, we have given insight on tryout tips for players and parents.

Now that they’ve done everything they could to be their best during this time of year, it’s time to hit the ice. The attention now turns to the coaches, the ones who will be making the final decisions on who makes the team.

There will be a number of familiar faces at tryouts but plenty of new players who you will meet for the first time. Everyone has the same goals in mind and it is up to you to decide who best fits the team you are looking to create.

Here are five tips for coaches to create the best tryout experience possible. 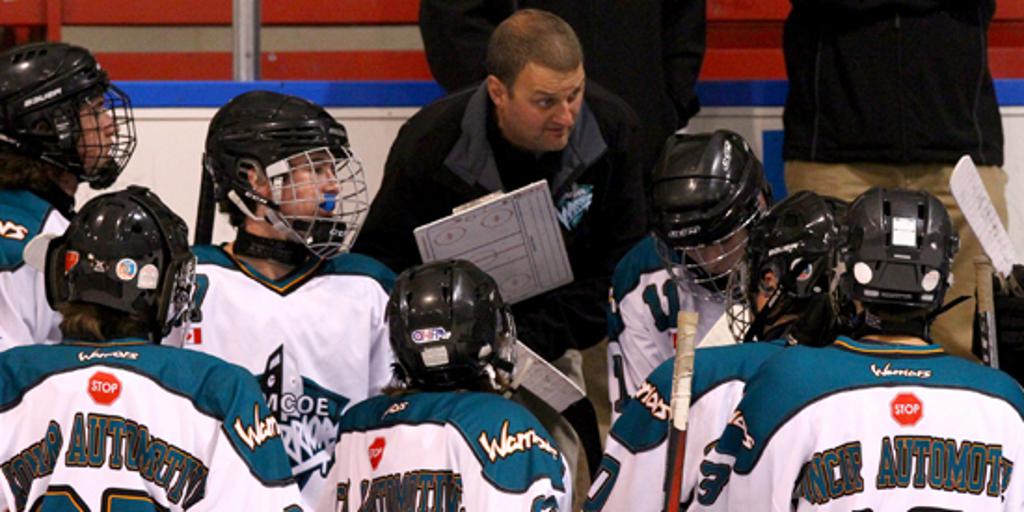 Use the coaching staff to your advantage. There is power in numbers when it comes to tryouts and having a few extra sets of eyes and ears is beneficial for evaluating players. Assign each member of the coaching staff a group of players or a drill to take charge of. Along with dividing the responsibility so the workload doesn’t become overwhelming, this will also help to create teamwork and trust amongst the coaching staff.

Split players into smaller groups. Dividing players into smaller groups will help them get more reps in on drills and allow for coaching staff to pay more attention to each individual. As mentioned above, each member of the coaching staff can take charge of a group, perhaps by position. Most importantly, have the coaches rotate between each group to get an eye on as many players as possible. This lets players feel like they are able to show the coaches everything they have instead of feeling restricted to limited opportunities.

Don’t forget about the goalies. Perhaps the most important position, the goalies can often be overlooked during tryouts. It is a position that requires knowledge in teaching proper techniques which not every coach has. Do some research on how to properly evaluate netminders and what to look for when evaluating them.

Last year was last year. Every player is coming into tryouts with a clean slate. There will be new faces who have used last season to improve their game and deserve a strong look at making the team this year. On the other hand, some players may feel that they should automatically get a roster spot because they were named to the team previously. Pick the players that have the best showings and display the most effort.

Be honest. There is nothing that players and parents want more then honesty. Making the final cuts can be the toughest decisions in tryouts but players just want to hear the truth on how they can improve to make the team next year. Explain why they weren’t a fit for the team this year and what areas they can look to develop.