Seven Tips on Preparing for Tryouts

With tryouts just around the corner, here are some helpful tips

Tryouts can be a stressful time for coaches, parents and players. With everyone starting the new season off on a clean slate, the intensity of the battles for a spot on the roster only grows. For players, it is time to begin moving on from whatever happened last season and refocusing on the season ahead.

Here are seven tips for players ahead of tryouts:

Just because you made the cut last year doesn’t guarantee anything for this season. There are plenty of other players who want your spot on the team – you need to show why you still deserve to have it. Everybody at tryouts is on a clean slate and are battling for a limited number of openings. Act like you’ve never made it before because everyone is coming back better and stronger. Coasting through practices because you’ve already done them before or lazily doing a drill because you did it all last season could come back to cost you.

Remember to get your mind back into hockey mode. Your equipment may have been hanging out after being cleaned once Playdowns were finished. Do you have all of your gear ready to go? Make sure that your skates are sharpened and you have things like stick tape before you head out to the rink. This year is a clean start for you and you don’t want to start off on a bad note before you even hit the ice.

If you’re instructed to skate from end to end, don’t coast through the final few steps. Push yourself all the way through. This shows that you’re consistently willing to work hard no matter the task and also develops your character on the ice. This is something that would fall under the category of intangibles. 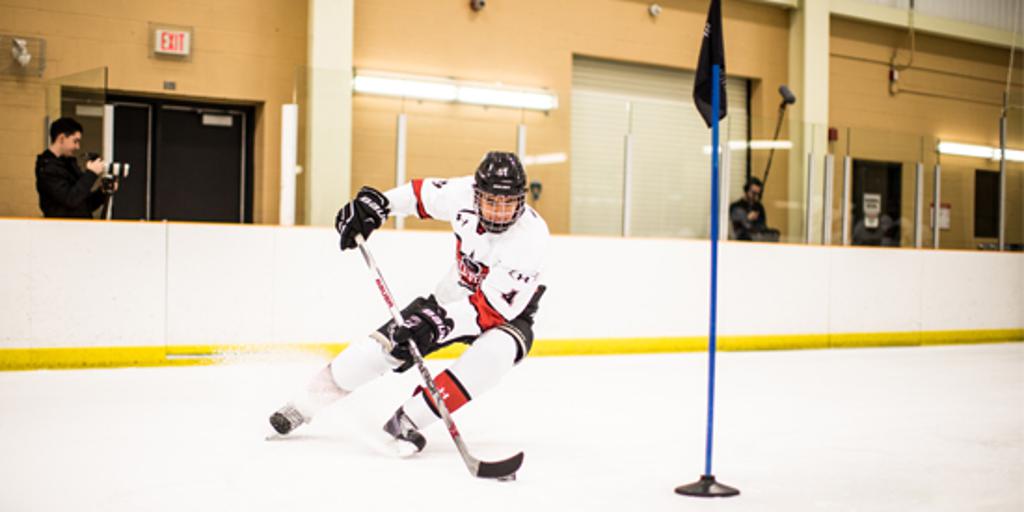 Who’s going to lead the stretches on the ice? Are you going to be the first in line at a drill? No task should be too small for you, even if it is fishing the pucks out of the net. Helping and encouraging teammates is a great quality to have but remember to let the coaches do the talking when it is their time.

Don’t try to do too much. While you’re trying to make a good impression, finding yourself out of position is not a place that you want to be. Show off your hockey sense in different ways. Being where you’re supposed to be on the ice will help you make better decisions.

Don’t stand out for the wrong reasons. You will make mistakes but don’t get too frustrated. Nobody is perfect. What you can control, however, is how you react to certain situations. Instead of slamming your stick on the ice, take a deep breath instead. If you mess up on a drill, get back in line and re-focus before doing it again. Keep improving and don’t weigh yourself down with unreasonable expectations.

Pay attention when coaches are explaining drills. If you make a mistake, don’t let it be because you weren’t focusing on the instructions. Ask questions if needed.