Podcast | Is there a Canadian crease crisis?

Should Canada be worried about its goalies? Mike Brophy breaks it down

When it comes to hockey, one could safely argue Canada remains the world’s No. 1 super power.

Hard to dispute with those results.

However, when it comes to developing top-notch goaltenders, Canada lags behind many other hockey-playing nations. Not in the sense that Canada does not have some great goalies – Carey Price of the Montreal Canadiens is widely regarded as the best in the world – it’s just there is not strength in numbers. After Price, there is a drop off in the quality of Canadian goaltenders.

Marc-Andre Fleury of the Pittsburgh Penguins has been hit-and-miss the past few years, Roberto Luongo of the Florida Panthers is arguably playing the back nine and Devan Dubnyk, for all his great play the past season and a half, is helped considerably by the dedicated defensive play of the Minnesota Wild.

Perhaps the best up-and-coming Canadian goaltender is Braden Holtby of the Washington Capitals. The Lloydminster, Sask., native is a rising star in the NHL at 26 years old.

There was a time, not so long ago, that the majority of NHL stoppers were Canadians. That is no longer the case. Obviously as hockey has become more of a global sport other nations have made their mark in the NHL. But until Price won the Vezina Trophy as the NHL’s top goaltender (along with the Hart Trophy as the league’s most valuable player), the Vezina had been won by European goaltenders Rask, Sergei Bobrovsky, Henrik Lundqvist) the previous three seasons and by American goalies (Tim Thomas, Ryan Miller) the two seasons before that.

Asked about the state of goaltending in Canada a respected NHL goalie coach, who requested anonymity, said, “The thing that comes to mind is, Canadian goalies are no longer as dominant as Canadians think they should be in the world.”

It is hard to argue against that.

The question is, what is Canada doing about this problem?

Fred Brathwaite, who played nine seasons in the NHL with the Edmonton Oilers, Calgary Flames, St. Louis Blues and Columbus Blue Jackets after helping the Oshawa Generals win the Memorial Cup in 1990, is the goalie consultant for Hockey Canada. Brathwaite’s main focus is on the Under-20 goaltenders, but he also deals with the Under-18 and Under-17 teams.

Brathwaite takes exception with those who feel Canada’s goaltending is not on par with the rest of the world. He believes other countries are catching up to Canada in all aspects of the sport, but that does not mean the quality of Canadian goaltending is regressing. 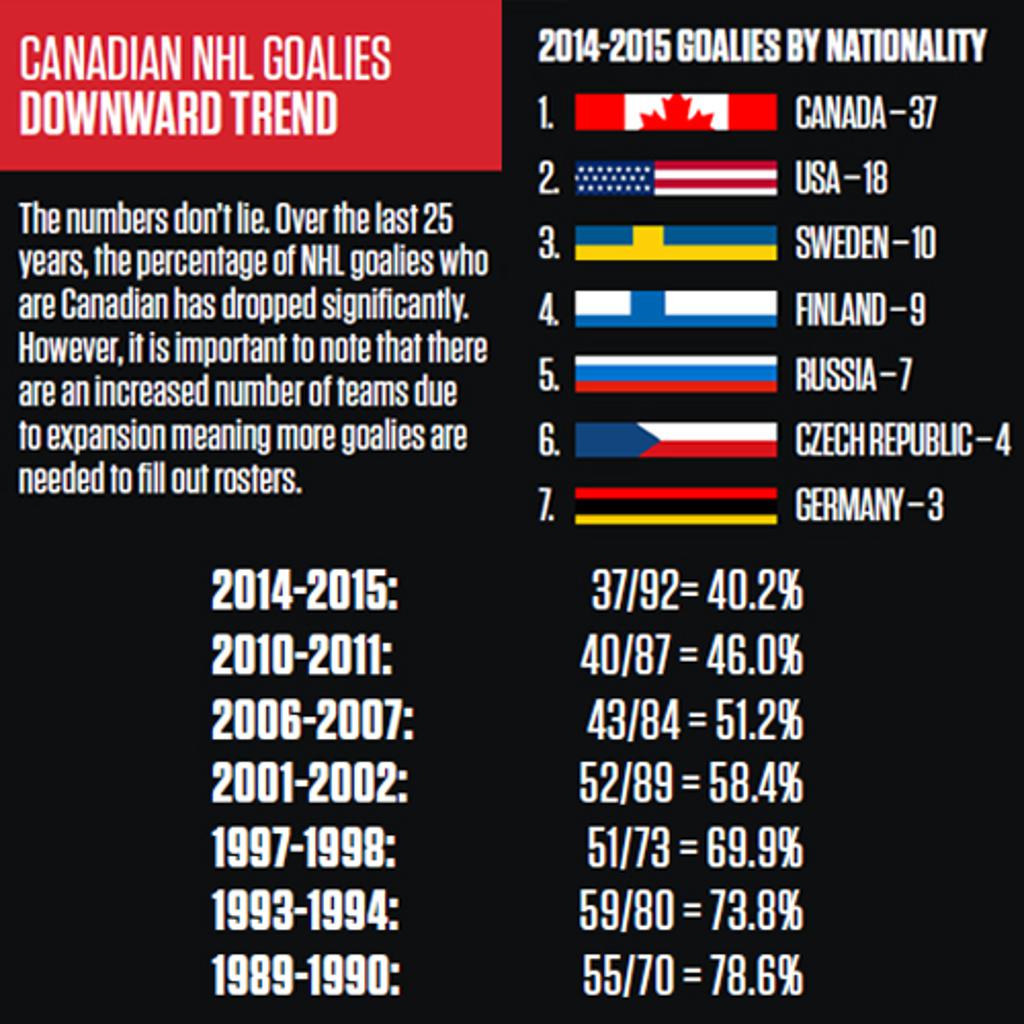 “I think it is very promising,” Brathwaite said. “For some reason people are saying our goaltending isn’t up to par with the other countries, but I find that very hard to believe. First of all, the best goalie in the world is Canadian. We have a lot of good goaltenders. Obviously the other countries do, too, but to say we are behind I think is absolutely wrong. Yes we obviously have more people in the country and yes we want to try to develop them at a young age to be the best they can, but I think we are doing okay.”

Okay is not good enough.

In the early 2000s Finland and Sweden decided that because they were small countries, their best bet keep up with the larger nations they faced in international competition was to improve their goaltending. A good goaltender, they figured, could level the playing field in any given game.

Both nations put a lot of funding and emphasis into developing good minor hockey goaltenders and it has paid off. Finland, for example, has produced excellent NHL goaltenders such as Miikka Kiprusoff, Niklas Backstrom, Antti Niemi, Pekka Rinne and Rask. Pretty good for a small country.

Quality coaching is a big reason why Finland and Sweden are producing high caliber goalies. In Sweden, young goaltenders gather weekly to train together – just goalies. They work on fundaments and do goalie-specific drills. They are not simply targets for a team’s skaters.

Steve McKichan, former goaltending consultant with the Toronto Maple Leafs who now owns and operates Future Pro Goalie School, said when it comes to grooming young goalies, the Swedes and the Finns get it.

“Since they were kids were taught the exact same curriculum and they were taught by the exact same goalie coach who was certified in that curriculum,” McKichan said. “That goalie coach moved up with them every practice from the next age group to the next age group. They worked on the cognitive, the skill and the whole package. It was all certified; all the coaches teaching the same thing.”

“If you go into any arena in Ontario on any given evening, you are not going to see any goalie coaching happening and if you do, just by chance, it’s going to be a well-meaning, well-intentioned beer league goalie who was asked to come out to help,” McKichan said. “There is no structured curriculum in Canada and I know Hockey Canada has tried doing baby steps at times doing that, but I don’t see it. I’m a grass roots guy who is on the ice 30-40 hours a week, and I don’t see it.”

The issue of not churning out top flight goalies in Canada has been recognized by the Canadian Hockey League which no longer allows teams in the Ontario, Western and Quebec Leagues to employ import goaltenders. It was a controversial decision, to be sure.

“The CHL, in their wisdom, got rid of the Euro goalies,” the NHL goalie coach said. “The question is whether that is good or bad? I grew up in the seventies when the U.S. automobiles were not very good. What happens, here comes the Japanese cars – the Toyotas, Datsuns and you know what the competition did, it forced American car builders who had been doing it for years to upgrade their product. That is what competition does.”

The NHL goalie coach continued: “When we were growing up in the sixties and seventies all kids who played goalie wore Cooper goalie equipment. From year to year the catalog never changed. It stayed brown and there was no improvements. There was no improvements and there was no need for improvements until the John Browns and Mike Vaughns started in the late seventies. John Brown created the one-piece chest protector arm pads. It forced competition. Competition is good. By eliminating competition, in my opinion, it is bad. Goalies learn from goalies.”

Not so fast Brathwaite said. He claimed there is a flip side – a negative side – to allowing European goalies to play in the CHL.

“I think (the ban on Euros) is a good thing,” Brathwaite insisted. “Some younger North American kids are going to get an opportunity to play now. Back in the day we had some European kids coming over and playing as 18- and 19-year-olds at the expense of a 17- or 18-year-old Canadian or American kid. When the Canadian or American kid turned 19 he didn’t have the high-level experience because he was pushed to the side in favor of a European. He’s not going to develop and by the time he’s 19 he may be right out of hockey.”

Just about everybody agrees Canada needs to do more for young goalies at the grass roots level. Too often the player who is expected to be the difference between winning and losing is left to his own devices to train and get better.

“I still think there is room for improvement, don’t get me wrong,” Brathwaite said. “What Finland and Sweden have done is to build a model where they have one head guy and they try to teach the kids properly at the right age. I am not taking away from all the goalie coaches that do this for a living, but if we could try get them on the same page and teach the kids at an early age, skating is very important, catching is important. These things are very important if we want these kids to develop into the goalies we want down the road.”

One possible solution, Brathwaite said, is to make all coaches taking some goalie coach training when they are being certified.

“What we are trying to do with Hockey Canada is make sure coaches get their Level 1 so when they do they will learn a little about goaltending and learn about skating and positioning and how the goalie should stand and hold their sticks,” Brathwaite said. “We are going to try to put that in the Level 1 coaching certification so at least the coach knows what to do with the goalie and doesn’t just leave the kid standing there by himself doing nothing.” 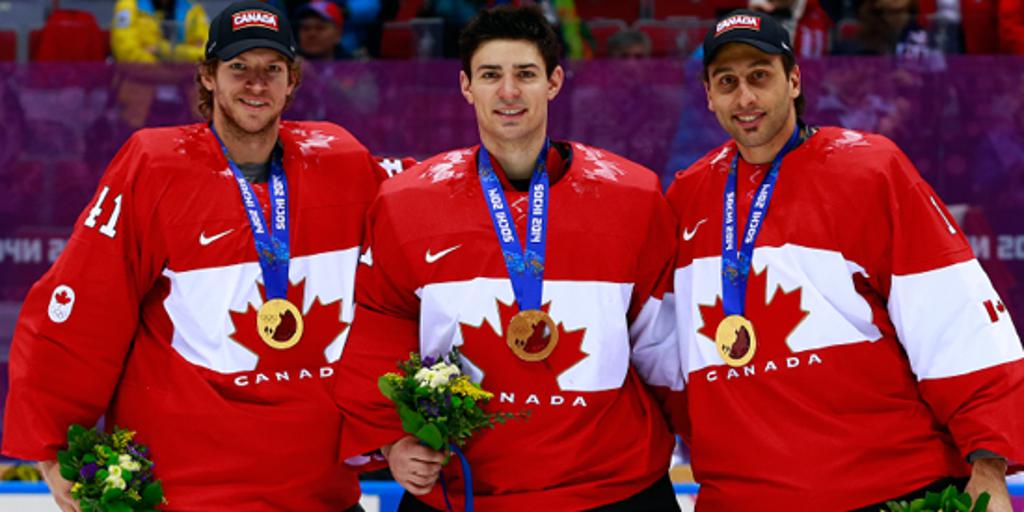 McKichan said that does not go far enough. He believes most young goaltenders need to come from wealthy families if they want to become professional hockey players.

“Unless they get a private coach and have the affluence to afford it, they are really up against it because just going to summer camps isn’t going to do it,” McKichan said. “When your competition is having private coaches working with them every night, or a couple of times a week, that is how they get ahead and not a lot of kids can afford it. There are kids paying $300 an hour for a stand-alone lesson plus ice rental and there are kids paying $30,000 to $125,000 a year just to have a mentor.”

MiKichan is skeptical that enough is being done to better serve young goaltenders in Canada. The lack of attention paid to young goalies has been acknowledged, but Canadians are not doing enough to address the issue, he said.

“From a guy who has been in five arenas in the past two days I don’t see anything,” McKichan said in November. “That doesn’t mean the duck’s feet aren’t paddling under the water, but nothing has made it this far. The problem is if you want to have the next Carey Price, you are looking 15 years down the road so whatever baby steps we are making now we will feel this 10-15 years down the road. We’re not seeing that now. Until it actually gets to every practice, and it doesn’t have to be the whole practice, things are not going to improve.”

The NHL goalie coach said the vast size of Canada, and the United States for that matter, makes it difficult for the North American countries to follow a similar model as smaller countries such as Finland and Sweden. It would be difficult to gather the best stoppers from Halifax, Nova Scotia and Penticton, British Columbia for a weekly goalie tutorial. Think of the cost.

He does, however, have a suggestion on how to kick start an improvement in the way Canadian goalies are trained: License goalie coaches.

That might be a little dramatic, but at least it serves to address the problem facing Canada: Its shrinking goalie crop. 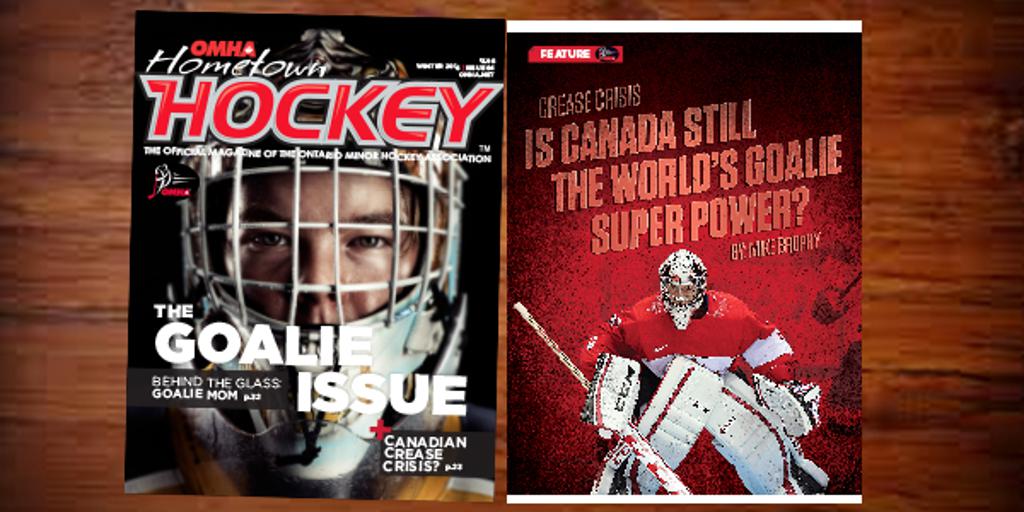 Mike Brophy is a veteran journalist who has covered hockey for 39 years. Brophy covered the Peterborough Petes for 14 seasons before becoming the senior writer with The Hockey News for 17 years. Brophy has also worked for Rogers Sportsnet, CBC, The Fan and Sirius XM. Brophy has authored four books, most recently My First Goal describing the first NHL goal scored by 50 players.