This fall, former NHL player and Hockey Hall Of Fame inductee Dale Hawerchuk will be heading into his sixth season as the head coach of the Ontario Hockey League's Barrie Colts. While many high-profile players have a difficult time translating what they've done a million times out on the ice themselves to instructions that can help develop younger players still fine-tuning their game once they become coaches, Hawerchuk's track record as both a player and coach proves he can walk the walk and talk the talk.

To date, Hawerchuk is one of only 42 players in NHL history who have recorded at least 500 career goals and he still ranks 19th overall in career points with an incredible 1,409 despite the fact he’s been retired from pro hockey since hanging up the skates in 1997. Behind the bench, Hawerchuk has led the Colts to the playoffs in each of the last four years, teaching players about the nuances of creating offense both with and without the puck. He’s been so successful at it that Hawerchuk is sure to be coaching in the NHL in the near future.

At the present moment, he’s still enjoying coaching at the junior level and teaching players how to be better, part of which involves of course, teaching them how to generate offense. Hawerchuk’s philosophy when it comes down to creating scoring chances begins and ends with what’s going on between the ears. “I think generating offense comes down to a player’s mindset. His attitude, his desire to score goals, create offense and make plays…you get such a desire to make plays that you figure out all of the parts of the game... it's such a mindset in my opinion."

Hawerchuk’s thoughts seem to imply that the mold of an offensive player is much like that of a leader, something that is born and not made. It’s an interesting take, and one that’s very valid considering some of the stories out there about elite offensive players who just couldn’t get enough of the game growing up. Like how Wayne Gretzky, the greatest scorer of all time, used to spend all day playing on his dad’s man made rink, or how Sidney Crosby used to stand in his basement and shoot pucks into the dryer, or even how just a few years ago, Connor McDavid was setting up obstacle courses for himself in his driveway, teaching himself the stickhandling and skating skills he’ll now be using to re-energize the Edmonton Oilers in the NHL. 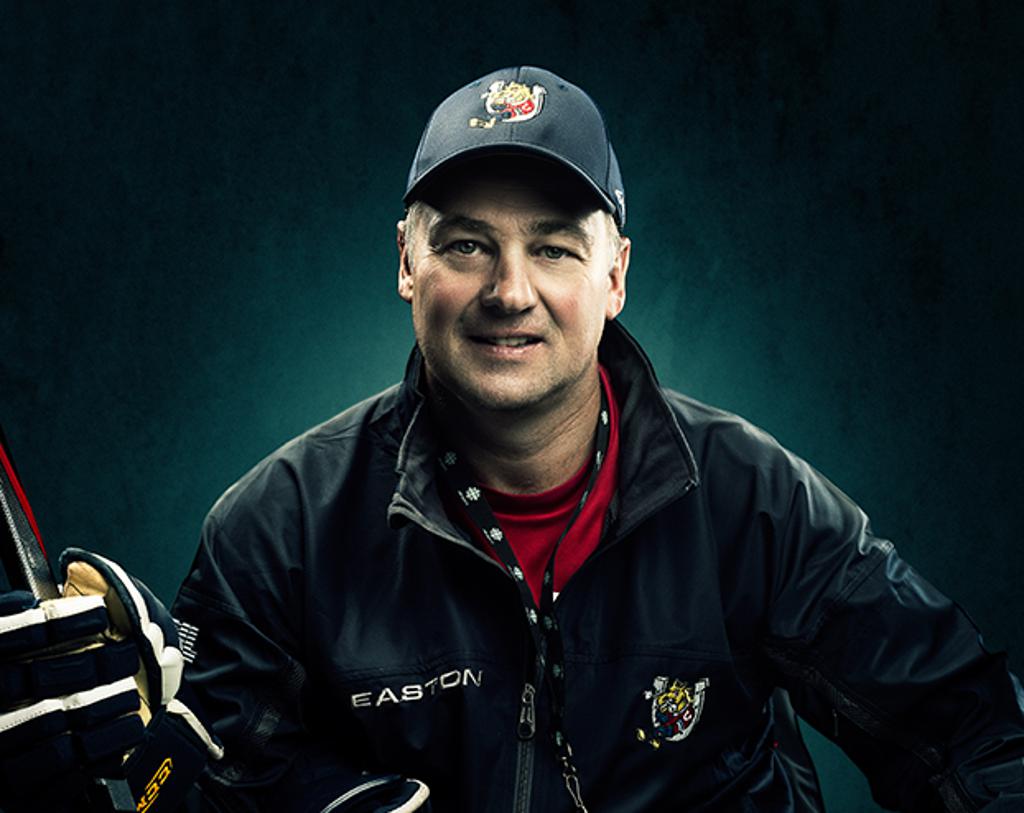 These anecdotes and stories endear us all to the game’s best, but at the same time, they bring to focus the idea that offense comes from an inner drive and innate ability that can’t be taught. While Hawerchuk doesn’t claim to have a secret formula for creating the next great offensive player, he does think it’s possible to help a player get to an aha moment offensively. “Some players just have that ability and some players don't have the work ethic and lose it. But for sure players can improve on it. Sometimes you get an occasional late bloomer where the light bulb goes off... and all of a sudden there's an offensive flow to the player’s game.”

He goes on to say that whether or not a player has high upside to his offensive game really depends on his ability to do things at a high speed, his stickhandling ability, whether he knows what position to be in when he doesn’t have the puck and whether or not he understands how his skills fit into the structure of the whole team. Hawerchuk acknowledges that the days of beating an opponent one-on-one for a chance at the net are dead, as teams now play tighter zone-style coverages that force players to analyze spacing and get creative in generating opportunities. “Now teams play a zone more often to make things more difficult. The key is to draw players to you. If you can get two players coming after you there's got to be somebody open. I think you see now that point shots have become more effective just because of teams collapsing around the net. It's really important to have defenseman that can get the puck through.”

Having coached the NHL’s reigning Calder Trophy winner Aaron Ekblad for three seasons with the Colts, Hawerchuk would know all about developing scoring chances from the backend. Ekblad averaged nearly a point a game in his final OHL season and served as a prime example of how a defensemen who handles both his offensive and defensive responsibilities can drive a team’s scoring. “Really it's about supporting the rush and being strong on the blue line in the offensive zone”, says Hawerchuk. “I'm a big believer in being an all-around defenseman. If you want to be good offensively you've got to take care of things in your own end.”

While Ekblad is a great example of what a grassroots hockey player can become with hard work and a willingness to focus on both sides of the puck, the key to teaching the game to younger players is not to push them into too much structure. Younger players have to be able to learn the basics in a supportive environment that affords them a chance to build confidence and view trying different things as a way of getting feedback and increasing their understanding of the game. “You just want to explain to them 'this is why you should do this this way and if you don't these are the repercussions'. Then when certain situations come up they can understand what I'm talking about, Hawerchuck says. That's how people learn. Kids learn better when they make a mistake themselves. When it comes down to the minor hockey mindset it's about being patient.”

Patience, understanding and a high level of willingness to learn all cultivate the confidence component of a young man’s game that Hawerchuk stresses as the foundation for a well-rounded offensive game. Of course during the natural ebb and flow of a season, a player is bound to go through a slump at some point, where the puck simply doesn’t bounce his way no matter what. While many players put the onus on themselves to get out of those cold streaks, Hawerchuk says it’s all about making sure players know you’re there to support them. “A lot of it is just communication. The player needs to know what you're seeing and video is a great tool nowadays. I think overall when players feel you're in their corner it helps their confidence.”

In picking apart the mindset of a legendary scorer turned coach, it’s obvious that Hawerchuk’s offensive philosophy is grounded in the mental aspects of the game. It’s all about having a vision. Vision is something that’s partly taught by coaches, but also partly ingrained in a player from the time they begin to take the game seriously. Therein lies the difference between the average player and the elite. Either way, Hawerchuk stresses the importance of being able to analyze what’s happening on the ice at a high speed in a day and age where the increased use of hockey analytics and advanced stats try to distill everything in the form of simple (and not so simple) mathematics. “I always tell players you’ve got to be able to think constantly. What are they doing on their penalty killing? What are they doing on their power-play? What's their D-zone coverage? If you get a good handle on that, the exact numbers won't be in your head, but you'll know what works and what doesn't”, says Hawerchuk.

Thinking things through and being able to critically analyze is a skill that players at any age and talent level can develop, and as with anything else in the game and in life, practice makes perfect. Practice after all is what allows a player to play the game at a greater speed, use their vision to throw a pass in front of the net at the right time, or beat the goalie between the legs on a scoring chance. No matter how much great advice a player can get from a coach, it’s all about practice. Hawerchuk lists just that as the key to developing one’s offensive game. “Whether it's trying to create offense or shooting on a goalie, I think you want to try to emulate game speed, says Hawerchuk. “If you can do something at 120 miles an hour in practice, you can probably do it at 100 miles an hour in a game and that works pretty good so you always want to push the pace.”

Practice, quickness and vision is what scoring is all about. It’s what allowed Dale Hawerchuck to get the call to the Hall Of Fame as a player and what led him to three straight playoff appearances with the Barrie Colts. And it’s what will always ring true in the skill, talent and ability that develops within the next generation of hockey’s prolific scorers. At the same time, all of those things mean little unless the confidence and belief of being able to consistently put the puck in the net is instilled in minor league talent by coaches and even parents who are willing to not only encourage their young players, but also remind them that in the hope and desire to become a great scorer should come a willingness to understand what it means to play within a team structure, be a team player and work together to win. As much as scorers get the glory, keeping a well-rounded approach that helps the team succeed is the only goal that really matters at the end of the day. 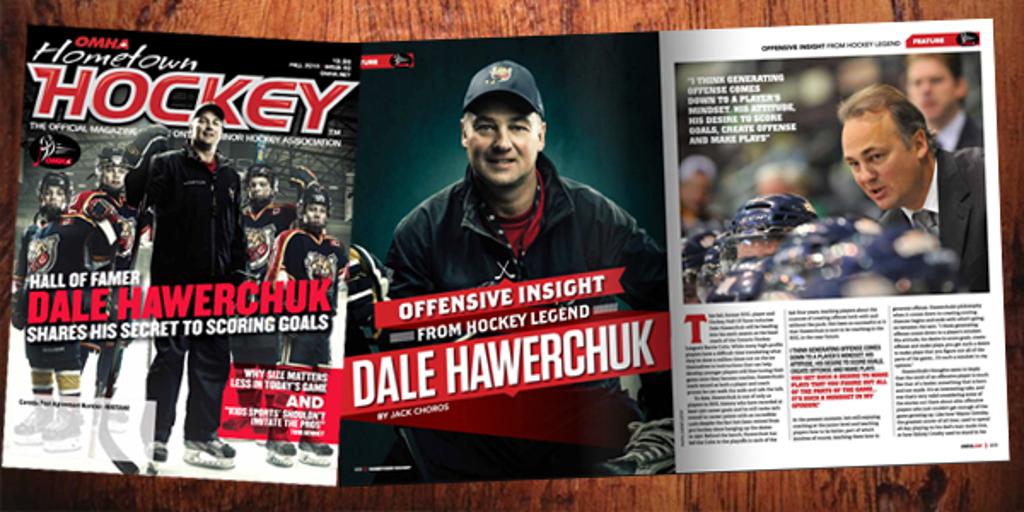