Lessons from behind the Glass

There are values away from the game that teach life lessons that carry with a young hockey player beyond their minor hockey career. As a hockey mom, every year we were asked to contribute to our team fees that fell outside our required registration fees at the start of the season. For some families, including mine this meant asking local businesses to sponsor our son and additional team fundraising initiatives throughout the year to help offset those extra tournaments, ice times and travel costs associated with what we decided on as a team at the start of the year.

Now, some parents paid the fee along with the registration but we were in no position to pay all of it, so we looked to local businesses to sponsor our son. We didn’t feel it was appropriate for him to ask these companies for money at his age, but it was definitely his job to thank them. Early on we decided that we’d give everyone who sponsored our son a copy of a book the team produced commemorating the season and a dozen homemade cookies as a thank you. He would deliver these small tokens along with a thank you and a handshake to everyone who had sponsored him. The look on people’s faces when he’d show up, dressed in his hockey coat, with cookies in hand to say thank you was priceless. People were genuinely appreciative that this young teenager showed up to look them in the eye and say “Thank you.” 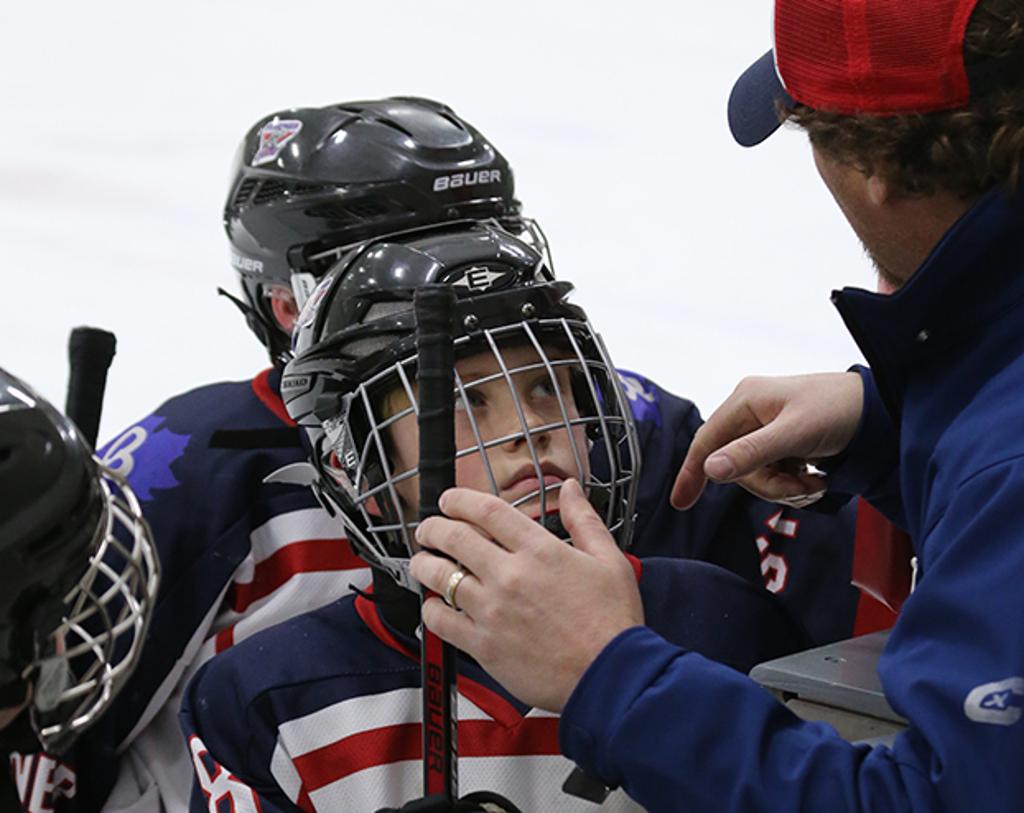 Fundraising on the other hand used to drive our son crazy, because most of his teammates’ parents would just pay the full registration, and that would be the end of it. He would say, “I bet none of the guys are handing out cookies. This is so stupid!” I knew he didn’t understand the importance of it, but I always hoped that one day he’d understand the impact a proper thank you has on people. This was always a battle during the hockey season. He watched so many parents pay their kids’ fees, sell chocolate-covered almonds for them, and cover all the hockey costs.

I will never forget our first piece of pushback we had with him in the fundraising department. He was about ten years old and playing Rep. His team was having a fundraiser with chocolate-covered almonds. (If you’re a hockey parent, you know the drill. You pay for them yourself and eat them, or you sell them at work.)

My mother always tells the story of when my oldest brother had the same fundraiser. Raising kids in a home with one bag of chips a week for a treat, she knew enough to hide the chocolate-covered almonds while waiting for them to be sold. Despite her efforts, my youngest brothers found them. They sucked all the chocolate off of the almonds and put them back in the box. It wasn’t until they were to be handed out that they noticed what had happened. For parents who were budgeting for a family of eleven, it must have been a huge deal to have to pay for all of those almonds!

About the time of the chocolate-covered almonds fundraiser, I worried that our son was becoming very comfortable with the idea that we would hand over things to him as he needed them. My husband and I were both raised in homes where you worked for what you got and took nothing for granted. I felt that our son was missing that message, and he needed to learn it.

I wanted him to somehow appreciate what went into keeping this hockey machine going. What better way to teach him than with chocolate-covered almonds?

I walked by the full carton of boxes of almonds many times, the ones he hadn’t attempted to sell. We continually told him that he needed to sell them himself. I think he thought we’d give in and buy them.

Finally the deadline came, and he hadn’t sold one box. He had one day left to do it, and it had to be the coldest day of that winter. We told him to get dressed in his hockey jacket, dress pants, and tie and get out and start selling. He was beyond angry and kicked up such a stink. He reminded us that all the other parents had bought the almonds. “Why do you have to be so brutal?”

I could have said my best trip this year was a round trip to all of the Tim Horton’s bathrooms in Ontario but what I did say was “Bundle up and get out and sell. Good luck!” He sold all of the almonds and handed the money in himself. By the time he was done he took great pride in the fact that he went door to door and sold them all.

It is these small lessons that make a child appreciate what goes into playing sports. It’s not just about the glory of the game. Try not to take that feeling of accomplishment away from your kids; sometimes making things easier for them now makes things much harder for them later on. 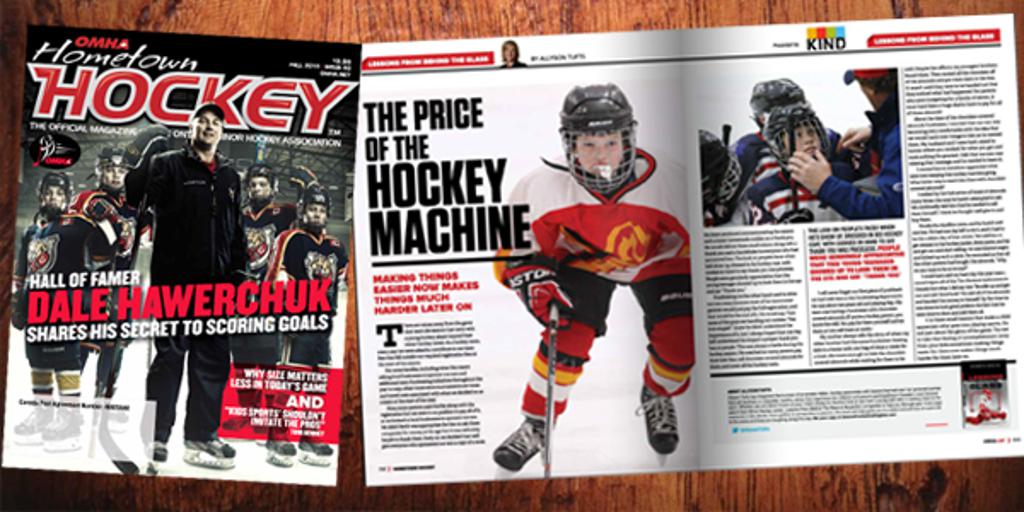 Allyson Tufts has integrated the humour of an anxiety ridden, hockey passionista with lessons learned over her personal journey that will facilitate an enjoyable, healthy, stress free experience for children and parents participating in Canada’s most beloved sport. Whether you are about to lace up your child’s skates for the first time or you have a young teen who is coming close to the end of their Minor Hockey career, Lessons From Behind The Glass is the perfect companion to help you through your most crazy moments in the stands. From politics to perspective to passion, this book will help guide you to a balanced and less stressful life in the arena and keep you laughing along the way.

Get your copy at lessonsfrombehindtheglass.com