An ode to the volunteer, the lifeblood of hockey

Volunteers are the lifeblood of hockey. Their passion for the sport spans countless hours of tireless work that allows the youth of their community to participate in hockey. There are millions of individual stories that could be told through the thousands of coaches, trainers, league administrators and association board members within the Ontario Minor Hockey Association but they all share a common theme of selflessness and a desire to give back. 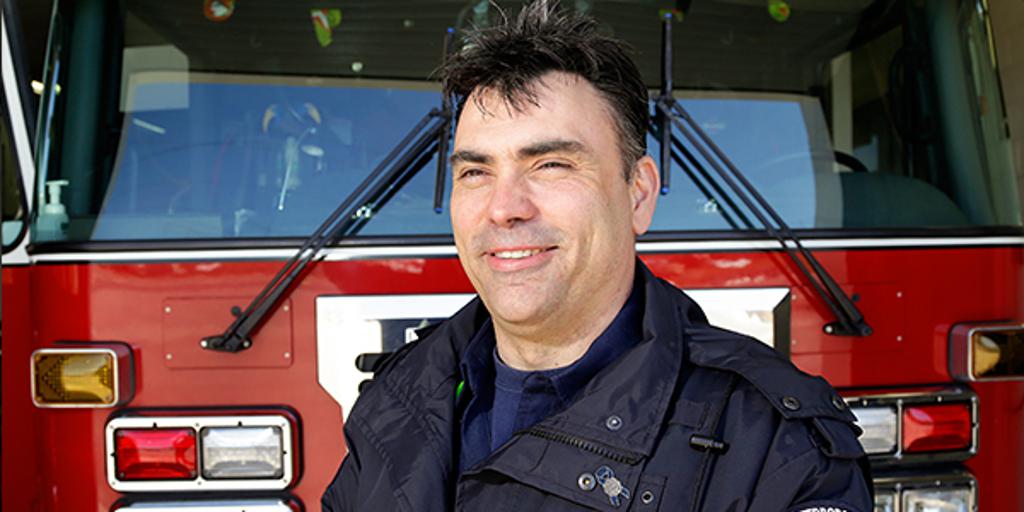 It all started when his then 8 year old son Shane and his pals needed a coach in order for an AE team to get off the ground, so the 44 year old Ottawa native stepped up to the plate or shall we say onto the bench and he’s never looked back. “It was at the point where if I didn’t volunteer to coach this age group there may have not been a team, so I did and it worked out great, we won the OMHA Championship and after I saw how many great connections were being made, the fun and the how much the kids improved I just got addicted to the game itself and to coaching” added the 44 year old who played select hockey in Ottawa when he was a kid.

Cooligan’s story is not unusual by any means, the city of Peterborough like most hockey centres in Ontario are full of men and women who spend hundreds of hours in cold rinks each year all the while  receiving nothing in terms of compensation. 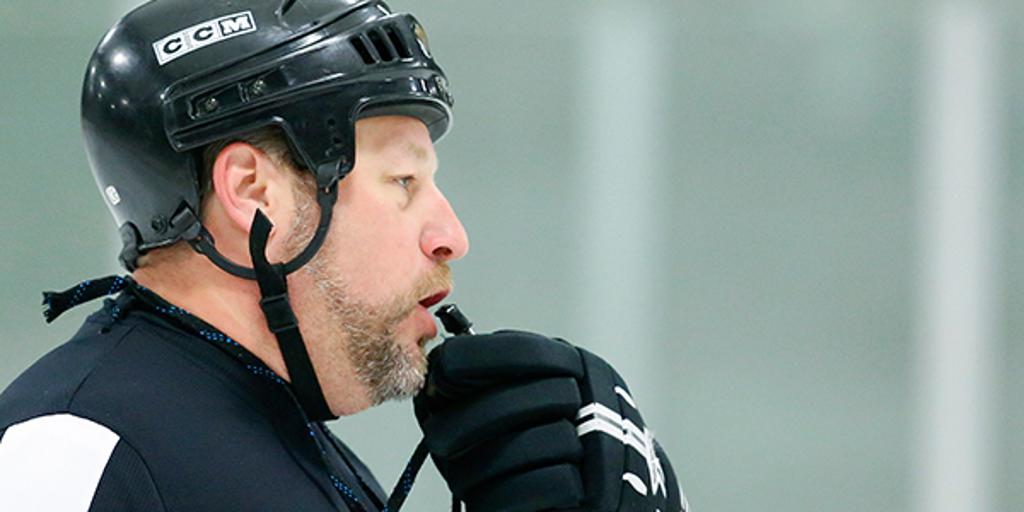 For Peter Simon who wears his fair share of volunteer hockey hats there’s a method to his madness. Simon is not only the coach of the Roster Select Novice Petes he also coaches a house league team and on top of that is the Convenor for the novice house league program in the PHA. “I’ll be honest, for me personally if I want to complain or want something changed (as a parent) it’s much easier to do it and oversee it myself” said the former High School and Jr. C player.

Like Cooligan, Simon is at the rink well before and often well after his own team has finished play. “At this young age (novice) it is tough to find volunteers to act as convenors,  overseeing 92 kids and even more parents can be challenging but I’ve always been one to want to lead than to just sit back, I love  it, I really do enjoy it. I would just say if you want to make an impact, step up and try it, if you want to get the most out of the sport for your child, you owe it to them to volunteer where and when you can” added Simon. 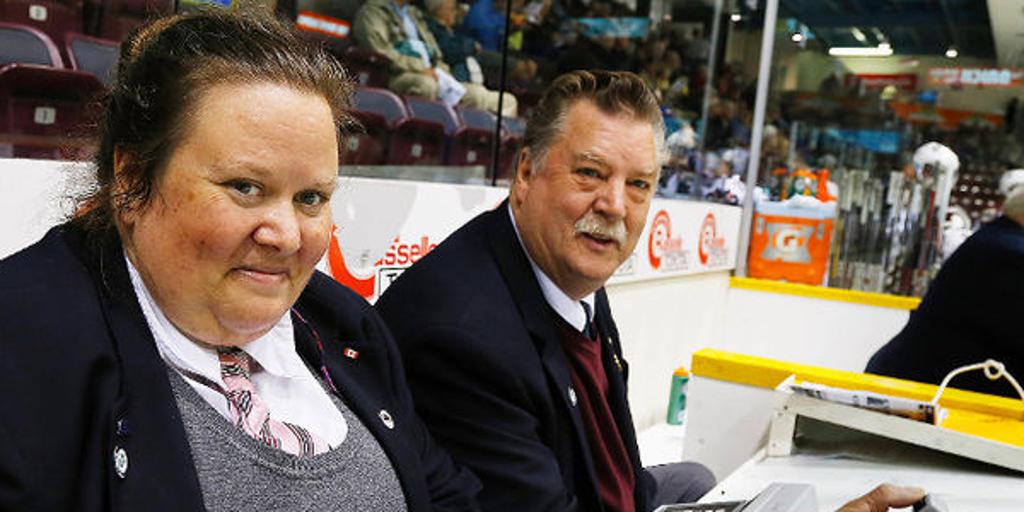 Although Cooligan and Simon both have sons who play the game and would be at the rink one way or another that’s not the case for Shannon Lynch. Lynch and her husband Bruce have no children but that hasn’t stopped her from devoting close to two decades of her time to minor hockey. “I’ve volunteered as a team manager for almost every age group out there over the years, I think the only group I have not worked with is Major Atom for whatever reason.”

Asked how many hours each winter she puts into volunteering Lynch who spent 2014/15 with the Peterborough Midget AA’s team laughs and quickly points out that it’s a 12 month of the year role now not just a winter position.

“It never stops, winter is when you get to enjoy watching it and I do it for the kids, without volunteers it just wouldn’t run” said Lynch .

“It’s really neat now to see kids from past teams I’ve worked with and now they are police officers,  teachers and I don’t think a kid who I’ve had has ever passed me without saying hello. I got an email this year for the first time from one of my players himself thanking me for volunteering my time, that made me smile” said Lynch who works as a full time bookkeeper and also spends most Thursday nights and the odd Saturday as the scorekeeper at Peterborough Petes OHL games. “There’s 3 season’s in our household, hockey season, lacrosse season and tax season” said Lynch who along with husband Bruce can be found at Peterborough Lakers lacrosse games in the summer working the clocks and scoresheet as well. Bruce even chips in his fair share of free time working on the PHA’s website.

Despite heading to the rink a minimum of 10 times per week Lynch spends even more time away from the arena as the PHA’s Registrar. “In that role you don’t see the kids or the games really but I keep doing it and despite the odd parent who gets demanding it’s fun. They have to remember we’re all volunteers, leagues could not function without us” said Lynch.

As far as Cooligan is concerned he just wishes there was more time in the day where he could spend time preparing practice plans and coming up with ideas on how to make a difference. As it is it’s not uncommon for the Acting Fire Captain to go from a 24 hour shift helping save lives straight to the rink where he continues to help shape lives. “I absolutely love working on practice plans and learning so I can pass it along to the kids” said Cooligan who also has a 2013 MajorAtom Lakeshore Championship under his belt.

It’s not hard to tell his dedication has paid off for those kids he loves working with each year. Many of those AE players he had as 8 year olds have moved up to either play AAA or AA hockey in recent years. The father of two says he wouldn’t want it any other way “I love it, I could not imagine not coaching, not being part of it. Just seeing the skills carryover from practice to games makes it all worth it” added Cooligan who even stepped up to coach a Juvenile team in 2014 because once again a team was in need of a volunteer Coach. Having taken that year off from coaching his son’s team and going through a little coaching withdrawal it seems like he also needed them too! 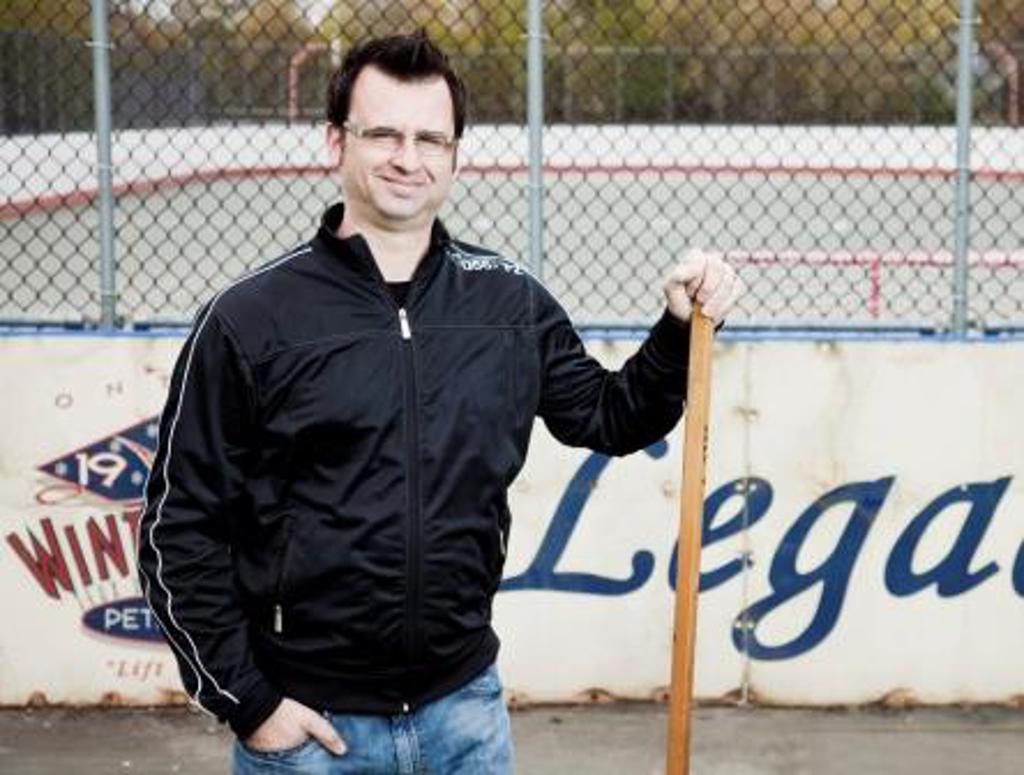 Pete Dalliday is the TV play by play voice of the Peterborough Petes on TV Cogeco. Prior to his duties on TV, Dalliday broadcast over 1,000 consecutive games on radio without missing a single game including the 2006 Memorial Cup. Dalliday has two kids who play hockey including 12 year old Noah who is a goalie and 8 year old Lincoln who plays Novice hockey. Dalliday is a coach with the Peterborough Hockey Association and has his Development 1 Coaching Certificate and has also attended OMHA Goalie and Small Area Games clinics in the past.