Winners announced in the "I Love to Play Hockey" contest

The Ontario Minor Hockey Association is proud to announce the grand prize winner and finalists of the inaugural “I Love to Play Hockey” Essay Contest presented by Respect in Sport. The contest was designed to engage players in an educational manner while encouraging them to express their ideas and thoughts on why they truly love to play hockey.

Over 210 essays were submitted and the Ontario Minor Hockey Association in partnership with Respect in Sport want to thank everyone for their participation. Based on the quality, creativity and passion demonstrated in their submission, five finalists were selected with one of them emerging as our grand prize winner.

Dhruv Patel of the Minor Oaks Hockey Association is this year’s winner who wrote about what hockey means not only to him but to his entire family. For being named winner, Dhruv will receive four tickets to a Toronto Maple Leafs home game in the 2015-16 season, hotel accommodations, tickets to the Hockey Hall of Fame and $200 spending money.

“The ‘I Love to Play Hockey’ essay contest proved that life skills, such as, fair play, teamwork and respect are clearly evident in the programming of the Ontario Minor Hockey Association,” said OMHA Executive Director Richard Ropchan. “Thank you to all our players who submitted an essay; your words were extremely uplifting and reinforced the fact that our game is in a great place.”

“Respect in Sport is about providing a positive environment for all, so that hockey players can enjoy the game, and learn from the positive adult role models around them, like parents, coaches, and officials.” Said Ontario Director – Respect Group, Mark Allen. “Respect Group is very proud to support the OMHA "I Love to Play Hockey" essay contest and wants to thank every player who submitted an essay and also congratulate the 5 Finalists. “ 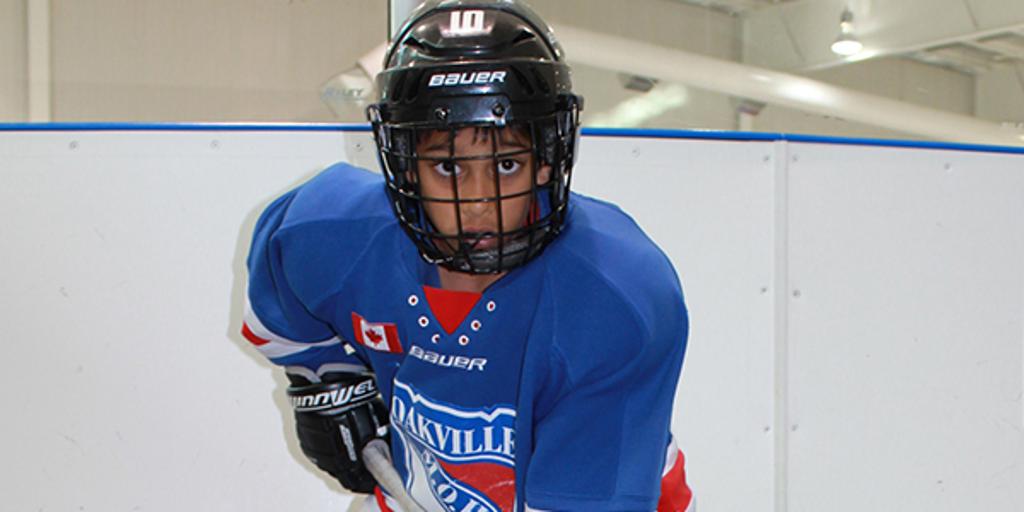 I love to play hockey because of my mom. The first time I played on a team, I asked my mom if she would coach my team and she said YES! She helps me be a better player, cheers for me even when I don’t make a goal and screams loud when I do. She is very nice to all the other kids on the ice. We won the championship game last year and a gold medal. I love having my mom on the ice. My mom and Daddy take me to watch NHL hockey games. My favourite team are the Chicago Blackhawks. I spend lots of time playing hockey in the basement to be a good player. I’m not the best player but I try. Sometimes my dad comes to play with me. We get to spend time together shooting the puck. I enjoy playing hockey even when I play by myself. I have made lots of friends on the team. Sometimes we do playdates and play hockey at everyone’s houses. I have 2 friends that are in my class that are also on the team. I’m happy to live in Canada because if we still lived in Texas maybe I would not get to play hockey and my mom would not be my coach. I’m happy my parents allowed me to play on a team. Some kids do not have money to play. I am very lucky! 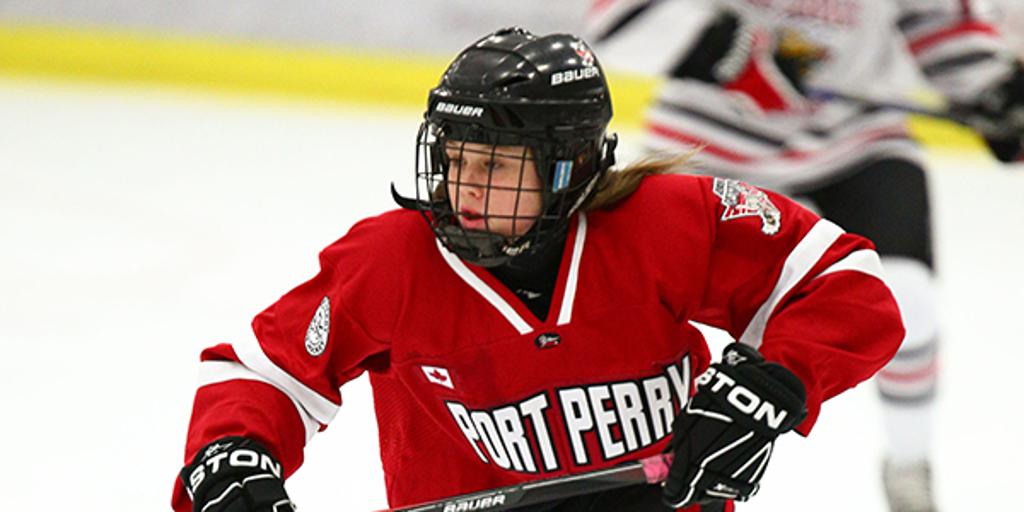 I love to play hockey because... It's the reason I wake up every day, it's the best sport in the world and I will love it until the day I die! I wake up every morning with a huge smile on my face knowing that I have hockey. I burst into happiness before every game and practice and when I'm on the ice nothing else matters to me; I have no worries; all I have in my mind is, working hard every second of every shift, playing 120%, working together as a team and playing each game as if it's your last. Hockey is in my heart and will always be in there.  It's an extraordinary sport that I think the world should love. I can't even imagine where my life would be right now if there was no such thing as hockey! I've loved the sport since I was born and I'm positive I'll love it to the day I die. Around 5 weeks ago I had surgery and I was really sick. After the surgery the doctors told me I couldn't play hockey for 3 weeks. At this point I've already missed 2 weeks it was honestly the worst feeling in the world. I started balling into tears and wishing it was all a dream but about 2 weeks ago I started playing again. When I stepped on the ice for the first time it was probably the best feeling I've ever had. I was the happiest girl in the world to be playing the sport I love! I love to play the game too much to ever quit. Hockey's my passion and has taught me many things in life such as never to giving up and to follow my dreams! I love my life because I get to live with a stick in my hand, skates on my feet and a dream to achieve in my heart. I'd rather be playing hockey than be doing anything else! I love playing with my team, my team is my family and the rink is my home. 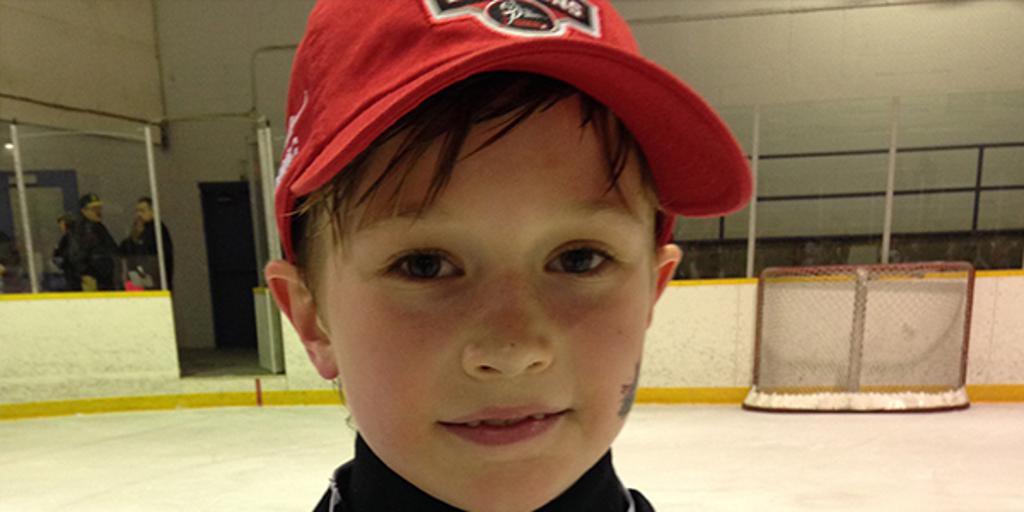 I love hockey because it’s fun to play, I love to win and celebrate with my team.

I love hockey because I enjoy practices.  Our coaches always work us hard and teach us new things so that we are ready for our next game.

I love hockey because I am a defenseman…I get assists and sometimes some goals, but I get to stop shots before they are goals.

I love hockey because it makes my body strong and my mind strong.  I try to make smart choices about my life, like eating healthy and staying in shape.  I also make sure my school work is done before it’s time for hockey.

I love hockey because it makes me responsible.  I have to pack and unpack my gear and make sure that everything is in it.

Hockey is my favourite sport and it always will be, and that’s why I love it! 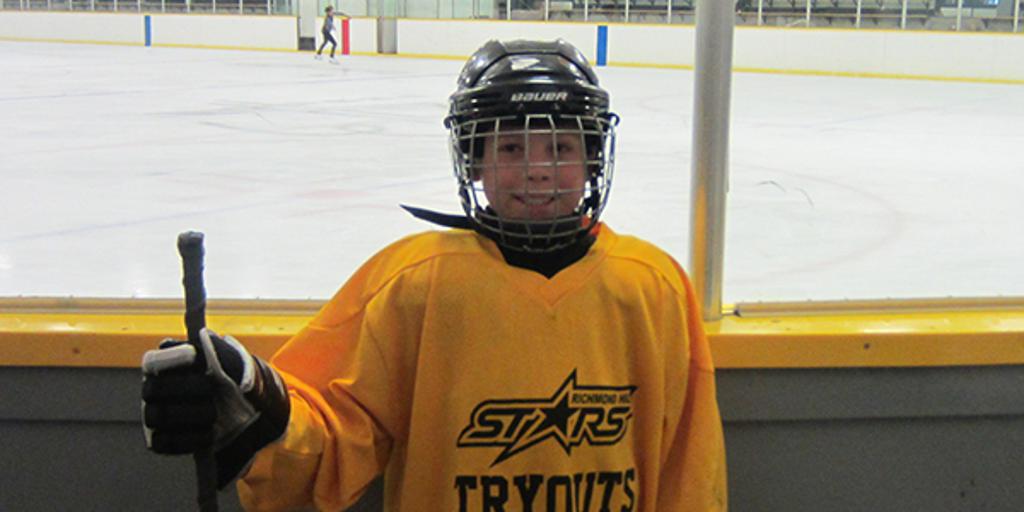 I love to play hockey because of the way I feel when I am on the ice. I love the cold air in my face when I am skating at top speed, which also helps me cool down when I am hot. When I hear the puck deflect off the boards or hit someone’s stick, I feel excited that we might have a scoring opportunity. I love the sounds from the crowd cheering us on (especially when we score) and I love hearing my parents encourage me to try harder and do my best but I especially love that hockey is a team sport which means every season I have the chance to make more friends. 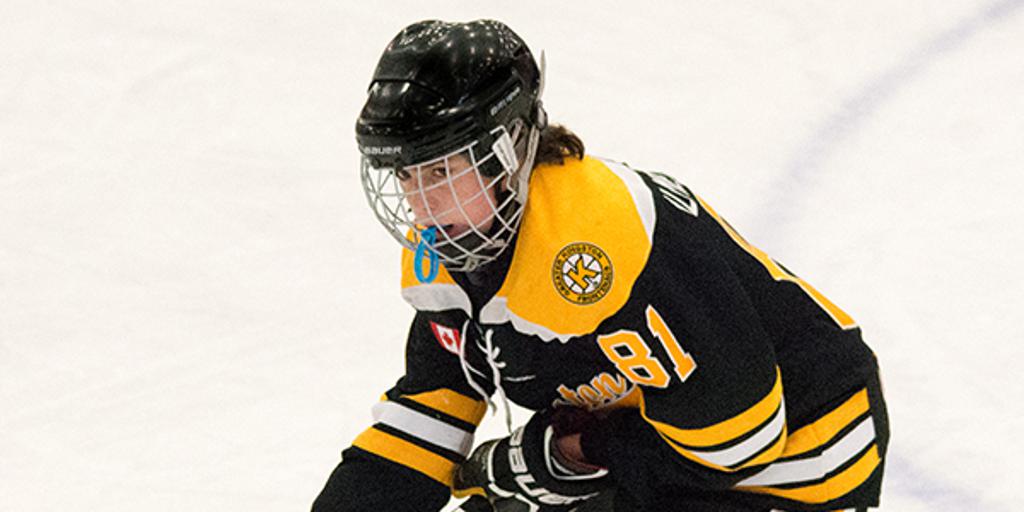 I love hockey because it’s super fun!  I love waking up at 5:30 in the morning and going to power skating, hockey practices or early games, even though I may still be super tired.  I love feeling the wind blowing in my face, the cold brisk air when I play on the lake.  I love the sound of my skates digging into the ice.  I love playing inside arenas or outdoors in the cold, the thrill of outscoring the other team and the friendships that blooms between teammates.  You can play for fun or for a competitive league but the thrill is the same!  I love the work ethic, the teamwork and the respect.  Nothing can replace the feeling of skating on the rink that you made in your own backyard.  I love the hopes and dreams that flow through kids and teammates when you’re on the ice.  I love how it teaches you never to quit no matter how far up or how far down your team is.  I love how kids show heart and drive when they lace their skates and strap on their gear.  I love the pride that show when we put on our jerseys for the first time every year.  I love the competitiveness that develops during tryouts, the enjoyment of playing shinny on P.A. days, and when days get longer in the spring – road hockey is a must!  Canada loves hockey.  I love hockey.  It’s our sport.  It’s my sport!