My first game as a referee was in the OMHA when I was just 14 years of age. I started officiating because I love the game of hockey and also my desire for a fun part time job while I went to school. I have officiated a ton of games since then and I am now lucky enough to have a full time job as an NHL Referee and a front row seat to the best hockey players in the world.  When any player, parent, coach or fan thinks of what makes a good official, they think of the calls you make in a game. What they often don’t realize is the preparation that it takes before you even step foot on the ice.  There are 3 important elements of off-ice preparation that will get you ready for each and every game. 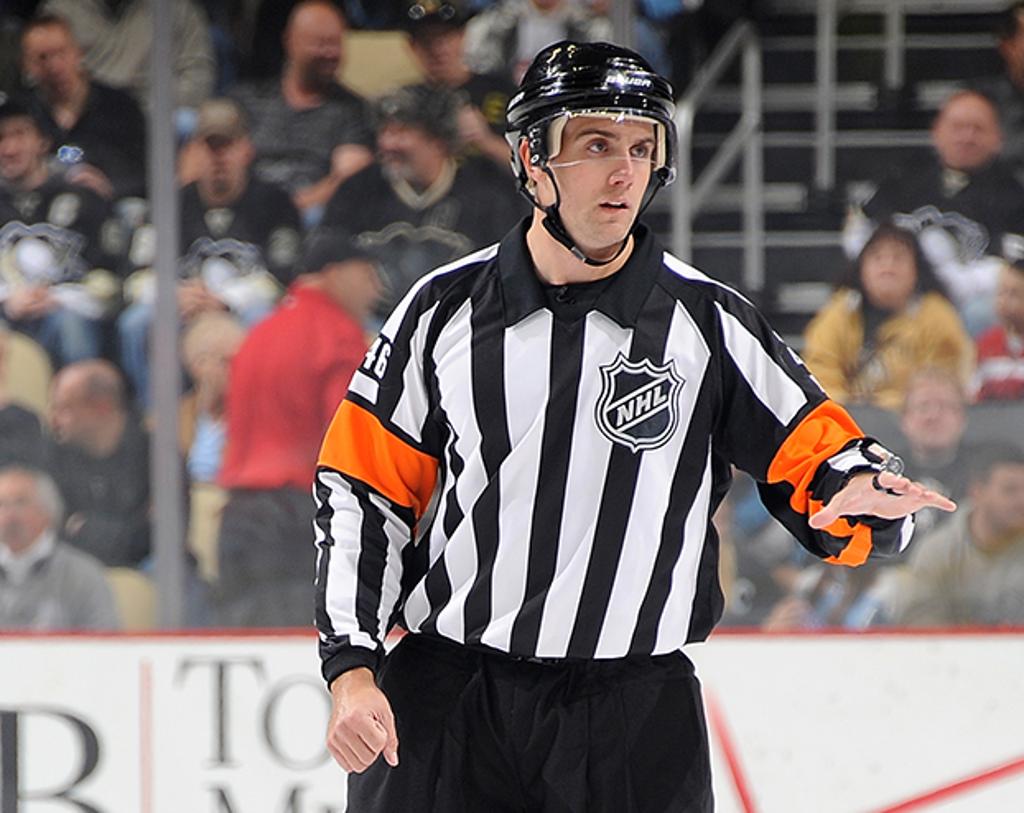 1. Fitness
Players aren't the only ones who focus on training off the ice. As an NHL official I am required to take a fitness test at the beginning of every year at our training camp. We are tested on a variety of elements of fitness including a bike test, pushups, sit ups, planks, explosive power, agility, flexibility, as well as, our weight and body fat are measured.

While the parents and coaches get to watch the game while they stand or sit, officials are constantly skating in order to get clear sight lines to make the calls. Whether it’s a hook, trip, offside or icing an official needs to be in a good position to see the play happen.  In order to get in that position he or she needs to skate hard and avoid players with good positioning on the ice. While the players skate hard up and down the ice for 1 minute shifts, an official is out there for the entire game. Throughout my years of officiating, I made it a goal of mine to stay as fit as the players on the ice. Whether it’s going to the gym, running, spin class, or even participating in other sports, an official should do their best to keep in shape.  An official who works hard off the ice staying fit will be ready on the ice.

2. Rule Knowledge
In my first year taking the OMHA certification clinic I made the mistake in thinking that I didn't have to study in order to do well on the test. At the time I figured that I had played hockey my entire life and that I knew all the rules but I learned very fast that this was not the case. I failed my first ever test as an OMHA official. My Dad, who was also an OMHA referee, was waiting in the hallway for me and I remember leaving the clinic and having to tell him that I failed. I was extremely upset and embarrassed and promised him that I would retake it and never fail again. I studied and studied and on my rewrite I got 100%. Every year after that I made an extra effort to study and it paid off as I got nearly perfect on all my future OMHA tests.

Knowing the rules will prepare you on the ice for anything that happens. Coaches and players can sometimes live with missed calls but when you make an incorrect rule interpretation there is no way to defend them. While you can’t control what a player actually does on the ice, if you know the rules, you can use them to penalize that player and help make the game safe and fair.

3. Mental Preparation
I arrive to the rink roughly 1.5 hours before each game but my mental preparation starts as soon as I wake up in the morning.  I always start my day with a healthy breakfast followed by a good workout at the gym, another good meal at lunch with the other officials and then some downtime at my hotel before I leave for the game. This gets me mentally prepared for the games so my mind is clear. As a referee, your job involves constantly making decisions and it is important to have a clear mind to make those decisions successfully.

As an OMHA official you most likely do not have the opportunity to dedicate your entire day to the game you are officiating in the evening as you probably have school or a job to attend during the day. However, it’s still very important to keep in mind that you should try your best to eat healthy throughout the day. You should also try to arrive to the game in plenty of time and keep in mind traffic and weather. You can never be too early for a game but you can definitely be too late. Being on time to the rink ensures you have that time to clear your mind and start thinking about the game ahead. Try talking to the other officials about the teams, players of interest or even rules that you have encountered lately. Mental preparation will ensure that when the puck drops you are ready to go.