The Link Between Hockey Sense and Player Safety

Head injuries, and player safety, are never far from the news.

Increased media coverage of concussions, star players injured for long stretches of time, and former NHLers launching collective legal action against the league over the issue, have led some parents to shy away from getting their kids involved in hockey.

Attempts have been made to reduce concussions through better physical conditioning, innovations in protective gear, teaching athletes safer ways to hit and get hit, altering rules of contact and stricter enforcement of those rules. Yet, head injuries persist at alarming rates.

It’s time to look at the root cause of most on ice injuries. Research suggests that the lion’s share of hockey injuries – especially head injuries – occur due to unanticipated contact. When players are aware of a potential impact, they can avoid it completely, or at least prepare their body accordingly.

This is something most people who know hockey intuitively understand. From it also flows a fairly obvious prescription – the need to increase players’ spatial awareness. Greater knowledge of what is happening on ice reduces the likelihood of unanticipated contact. This is especially relevant in minor hockey, where physical development takes effect at a varying pace.

“The proof is in the data,” said Dror Livnat, President of Applied Cognitive Engineering, who developed the IntelliGym with the help of USA Hockey.

“USA Hockey has been working with the IntelliGym to train its youth national teams since 2009. Subsequently, the squads have enjoyed unprecedented success, winning 5 IIHF under-18 World Championships in the last 6 years and finishing runner up in another. However, perhaps more interestingly for parents, the study found that cognitive training also had a dramatic impact on the safety of IntelliGym trainees. Since USA Hockey implemented the program, the rate of on ice injuries dropped by 14% and head injuries by 27%. “These numbers helped us secure a partnership with the Mayo Clinic’s Sports Medicine Center” explained Livnat.

Several OMHA minor midget teams are involved in a pilot project with IntelliGym this season. Squads in Peterborough, Guelph, Barrie and Ajax Pickering are actively training with the technology.

Yes, hockey is a physical sport and injuries may occur. However, this data suggests that injury prevention is not about taking the fun, speed or thrill out of the game. Rather the answer is to create more aware players, who are less prone to unanticipated contact.

Honing spatial awareness with specialized training may be the answer. 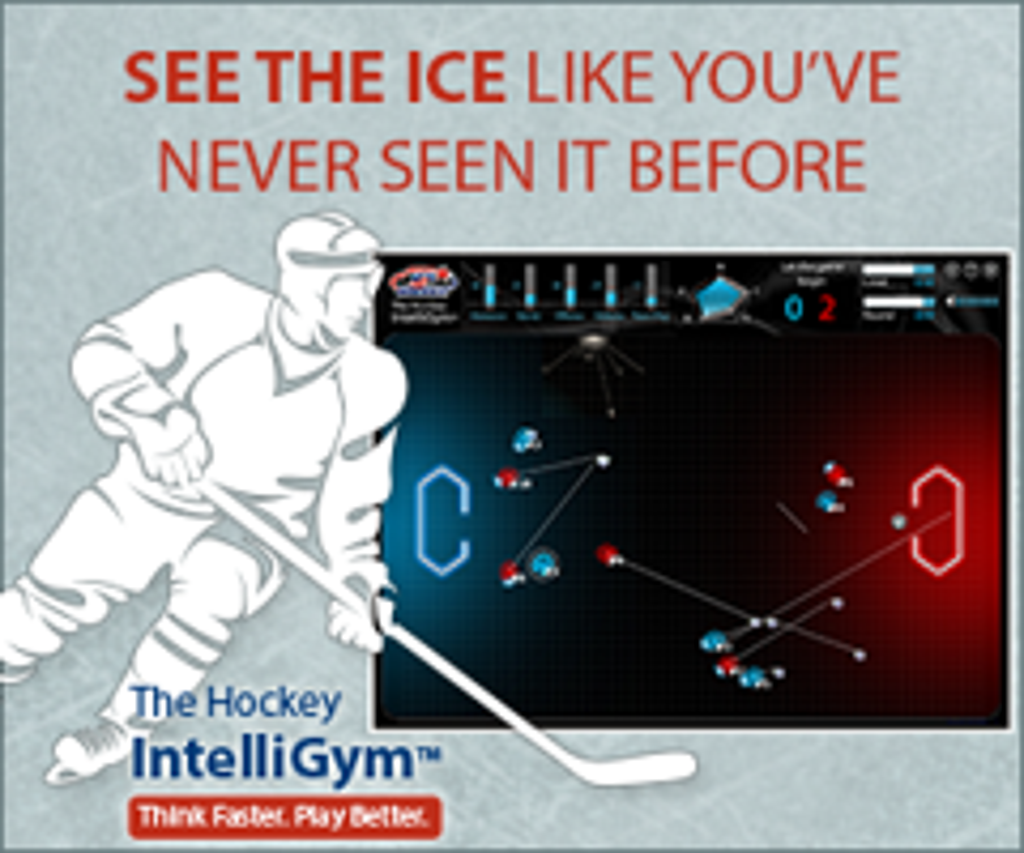