Six Ways to be an Effective Assistant Coach

A quick Internet search or trip to the local bookstore will uncover a surplus of information on how to be a head coach and run a successful program. Unfortunately, little has been written about how to be an effective assistant coach, even though the quality of assistants undoubtedly plays a critical role in the outcome of a team’s season.

The following six guidelines are by no means a comprehensive list, but will serve as a reliable starting point for new assistants. They may also serve as a refresher for more experienced assistants or as discussion points for an entire coaching staff prior to the start of the season. 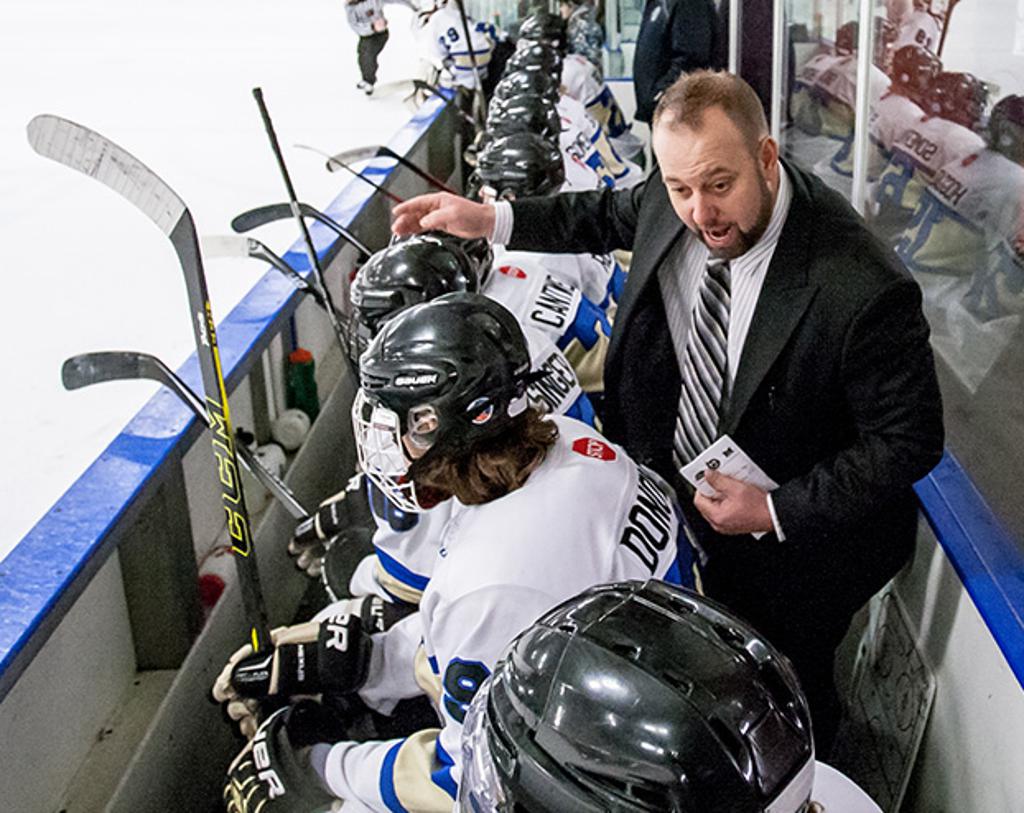 Players may not always remember what you teach them, but they will always remember what they see you do. Head coaches are not the only ones who are held to a higher standard; all coaches are expected to be leaders on the field, in the school and in the community. If you show up late or unprepared, use inappropriate language, consume tobacco products or generally prove that you can’t manage your personal habits, then you absolutely cannot expect your athletes to manage theirs. Nobody picks up on hypocritical actions faster than young people. If you have personal habits that you need to change, begin taking steps to change them.

2. Communicate expectations
Talk early and often with your head coach and have a clear understanding of what he or she expects of you. Be sure to discuss the following questions in detail:

Whenever possible, be available before and after practices and games to communicate regularly with your head coach. Some head coaches are going to stick to their own program and philosophy, and often will not seek input from assistant coaches. Other head coaches will regularly want to talk about what can be done better, what’s working well, what’s not, setting the lineup, etc. Understand what type of a head coach you’re working under, accept his coaching style and do your part to support him. If you find through your discussions that you don’t agree with his philosophy, your role, and/or your level of input on the staff, you may determine that it’s not a win-win situation (Covey, 2004, p. 207). The working relationship should be positive and rewarding for everyone involved.

3. Be a champion for your head coach
Nothing derails a program’s success faster than an assistant coach who whispers behind the head coach’s back or pushes his own agenda with players, parents or other coaches. Even if the assistant does not completely agree with the head coach’s decisions or philosophy, unless those differences are moral or ethical in nature the assistant has a responsibility to stand behind and support the head coach. Not only does it establish trust with the head coach and contribute to a positive working relationship, it reaffirms the strength and continuity of leadership on the coaching staff to the athletes and parents.

A veteran head coach recently shared an unsettling story about one of her former assistants. Like most head coaches, she had a few players on her team who saw little (if any) playing time. Late in the season, one of the parents insisted on a meeting to discuss his daughter’s playing time. In the midst of this heated discussion, the parent revealed what no head coach wants to hear: that her assistant coach had been telling non-starters that they really deserved to be in the starting lineup. The parent also explained how the assistant coach held informal meetings with players to discuss unhappiness with the head coach, differences in coaching decisions, etc. Needless to say, this lack of trust caused a climate of tension from which the team never recovered.

4. Build positive relationships with your players
Habit No. 5 of Dr. Stephen R. Covey’s 7 Habits of Highly Effective People states, “Seek first to understand, then to be understood.” This habit speaks to the importance of listening with the intention of understanding. We cannot effectively influence anyone unless the person feels understood, and the same goes for our players. Teenagers, particularly, bring a mixed bag of self-consciousness, fear, anxiety and beliefs to a team. Dr. Covey (2004) states, “Unless you’re influenced by my uniqueness, I’m not going to be influenced by your advice” (p. 239). Coaches should not use the words, “Oh, I know how you feel,” or “I went through the same thing.” Even if you’ve been there, done that, and gotten the T-shirt, assume that your players are different. Positive influence, learning and a contagious climate of success cannot exist without trust.

5. Take initiative
Legendary Coach John Wooden (2005) once said, “Failure to act is often the biggest failure of all. Use good judgment based on all available information, and then use initiative” (p. 36). Assistant coaches should make sure they understand what the head coach wants to accomplish and use their initiative and resources to help get things done. It might be something as simple as setting up practice stations, making sure students get water, etc. at the beginning of practice. If you believe your head coach has forgotten something important, e.g., administrative tasks, take a moment to remind him at an appropriate time.

6. Constantly seek to improve on technical and tactical knowledge, and improve the ability to teach.
A few years ago I attended a large baseball coaches’ clinic in Virginia. As I watched a college coach talk about infield skills and drills, I’m ashamed to admit that I started to feel that I knew everything he was talking about. I had heard it all before, I thought, and, in fact, I disagreed with a few things he was saying. In the midst of these thoughts, I recognized a very well-known, accomplished high school coach sitting nearby. He was not only listening intently, he was taking notes! What a humbling experience, and one that I will never forget. Before me was a coach who had won several state and regional titles and received numerous coaching awards during his 25-year career; he had coached countless college and professional players, yet he remained dedicated to learning and improving his technical and tactical knowledge.

If you feel that you’ve reached the point in your coaching career where there are few things you have left to learn about a particular aspect of your sport, please consider the following two questions:

Is there a different way to teach a skill, perform a drill or approach a team-oriented task?

Is there a different position or area of your sport in which you could become more proficient?

As assistant coaches we must challenge ourselves to be great technicians and tacticians. We improve by attending clinics, paying attention to other coaches, reading great books and articles, and of course through on-field experience. As we continue sharpening our skills, we must consider the process through which athletes learn.

According to Rainer Martens in his book Successful Coaching (2004), athletes “will move through three stages of learning – the mental stage, the practice stage and the automatic stage” – to achieve mastery of a skill (p. 195).

During the mental stage, athletes will cognitively develop a mental plan regarding what to do and how to get their bodies to do it. As players move on to the practice stage, the focus becomes refining technique and executing correct repetitions. Remember, it’s not the quantity of practice but the quality that will achieve better results. Finally, with the skill performed more automatically, the athlete has more mental capacity to focus elsewhere – on new skills, strategy, etc. Create a positive learning environment as you guide your players through the learning process. Balance the constructive criticism with plenty of encouragement, and do your best to mix some wholesome competition into your drill/practice sessions.

Maybe you have aspirations of being a head coach one day, or perhaps you have recognized that your talents are best utilized in the various roles of an assistant. Whatever your reasons are for accepting the responsibility of serving as an assistant coach, you have the capacity to powerfully impact your team.

About the Author: Ray Detwiler is a special education teacher and assistant baseball coach at Fairfax High School in Fairfax, Virginia. He has coached junior varsity and varsity high school baseball for eight years and served as an assistant football coach for two. Ray played college baseball at Radford University (B.S. Communication), earned an M.S.Ed in Special Education at Old Dominion University, and plans to begin an Ed.D. in education leadership at Liberty University in the fall of 2011.