Building Resiliency in your Players, with Cara Morey

Developing grit within your team

Cara Morey is in her sixth year leading the Princeton women’s hockey program. Since the Ontario product was announced as head coach in June of 2017, the program has won its first ECAC tournament title, won an Ivy League championship, qualified for two NCAA quarterfinals, set the program wins record, and established itself as a weekly inclusion in the national top-10 rankings.

In the words of Rubeus Hagrid – Morey, yer a wizard!

Harry Potter humour aside, the turnaround the Tigers have made under Morey has been nothing short of magical. In 19 seasons before her arrival, Princeton advanced past the quarterfinals in their conference tournament just three times. The Tigers already have moved past the quarterfinals in three of four seasons with Morey, including a memorable ECAC tournament title in overtime over number one ranked Cornell in 2019-20.

How is such a turnaround possible? At TCS Live in Ann Arbor this past June, Morey shared some insights in her presentation titled Developing Resiliency and Grit in the Modern Player. 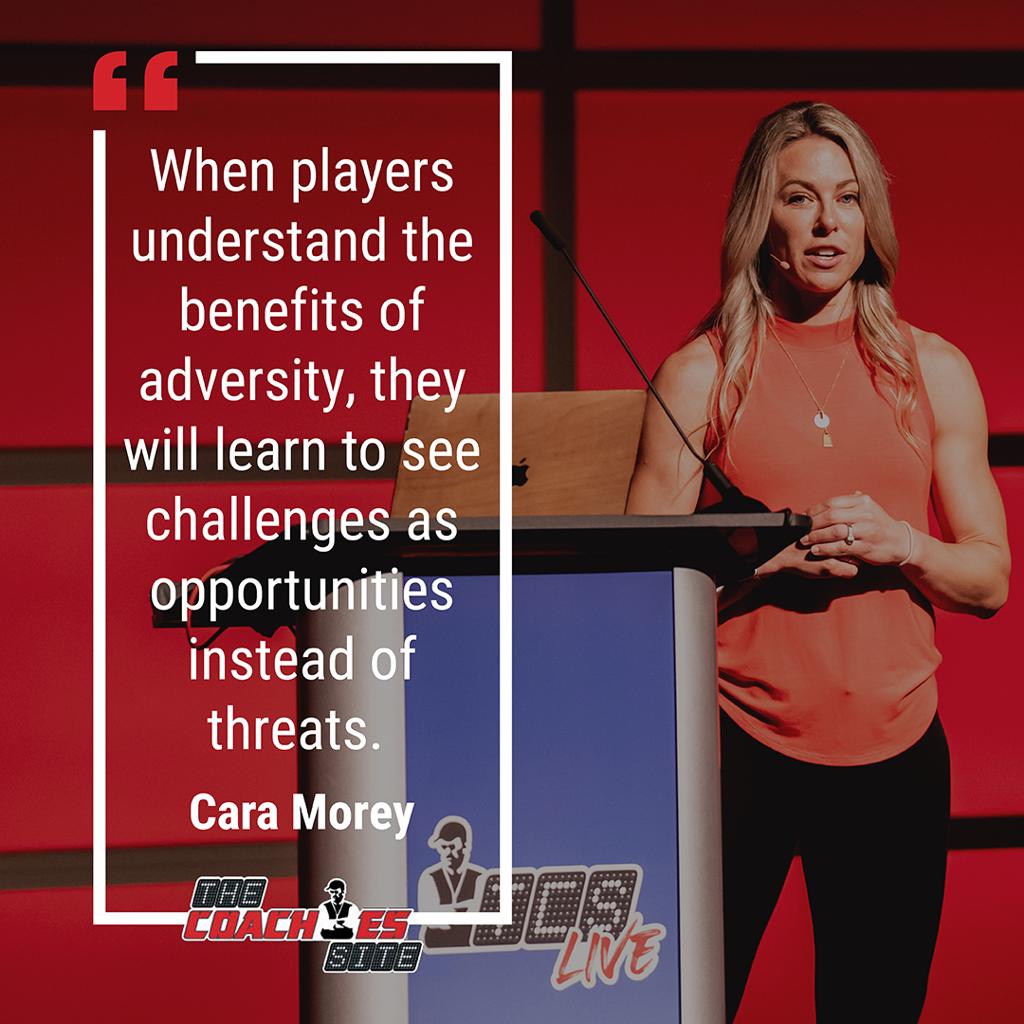 “When I was first hired to coach at Princeton 11 years ago, the head coach said to me: “Cara, I remember you as a player. You were always the toughest kid on the ice and your teams were so hard to play against. I need you to bring that mentality here. We’re soft. I need you to make the Tigers tougher.”

Morey, who was an assistant at Princeton from 2012 to 2017, says one word early and often in her 23-minute presentation: grit. What is grit? Why does it matter? How can you develop it in your athletes? Watch Morey’s talk to learn about grit, how she created a championship culture and the secrets for developing an environment that inspires excellence.

More on Morey, from her Princeton Tigers bio:

In addition to her coaching at Princeton, Morey has coached with Team Canada at the 2016-17 U-18 World Championships, helping the Canadians to a silver medal. Her international experience includes a gold medal as a player with Team Canada at the 2000 Nations Cup, two years experience as a player in the national program and gold as an assistant coach with Canada’s National Women’s Development Team at the 2015 Nations Cup in Germany. Morey was also a coach at the National Development Team Camps in 2012, 2014, 2019, at the 2014 National Women’s Team Fall Festival and at the 2016 National Women’s Under 18 three-game series with the U.S.

A 2001 graduate of Brown University, Morey (nee Gardner) was a two-sport athlete playing, both hockey and field hockey. An All-ECAC and All-Ivy League defender, she helped the Bears to three AWCHA National Championship tournament appearances, including two runner-up finishes.

Become a member of The Coaches Site to watch Morey’s entire presentation, along with 500+ hours of video from hockey’s top coaches, leaders and performance experts.