Being Comfortable with Chaos in Practice, with Bob Mancini

Practice makes perfect? No thanks.

"Do your players know what to do when hockey breaks out?"

During a 3-on-2 drill in practice, what are the odds you or another coach from your team would randomly knock the stick out of a player’s hands?

What about during a 5-on-5 scrimmage, would you hand out a bad penalty to an undeserving player, just because?

Well, chaos is the name of the game, according to Bob Mancini, Assistant Executive Director of Hockey Development with USA Hockey. Although practice seems like the time to run drills that build up your teams’ confidence and make everyone feel good about themselves, Mancini urges for the opposite.

During his 23-minute presentation from TCS Live last June in Ann Arbor, Mancini depicted why it’s crucial to cause chaos during practice. Knock sticks out of hands, assign random penalties, make lopsided teams and run drills that are messy because in a game, all those situations occur. If players train for those situations, they’ll know what to do when they arise in a game, much to the benefit of your team. 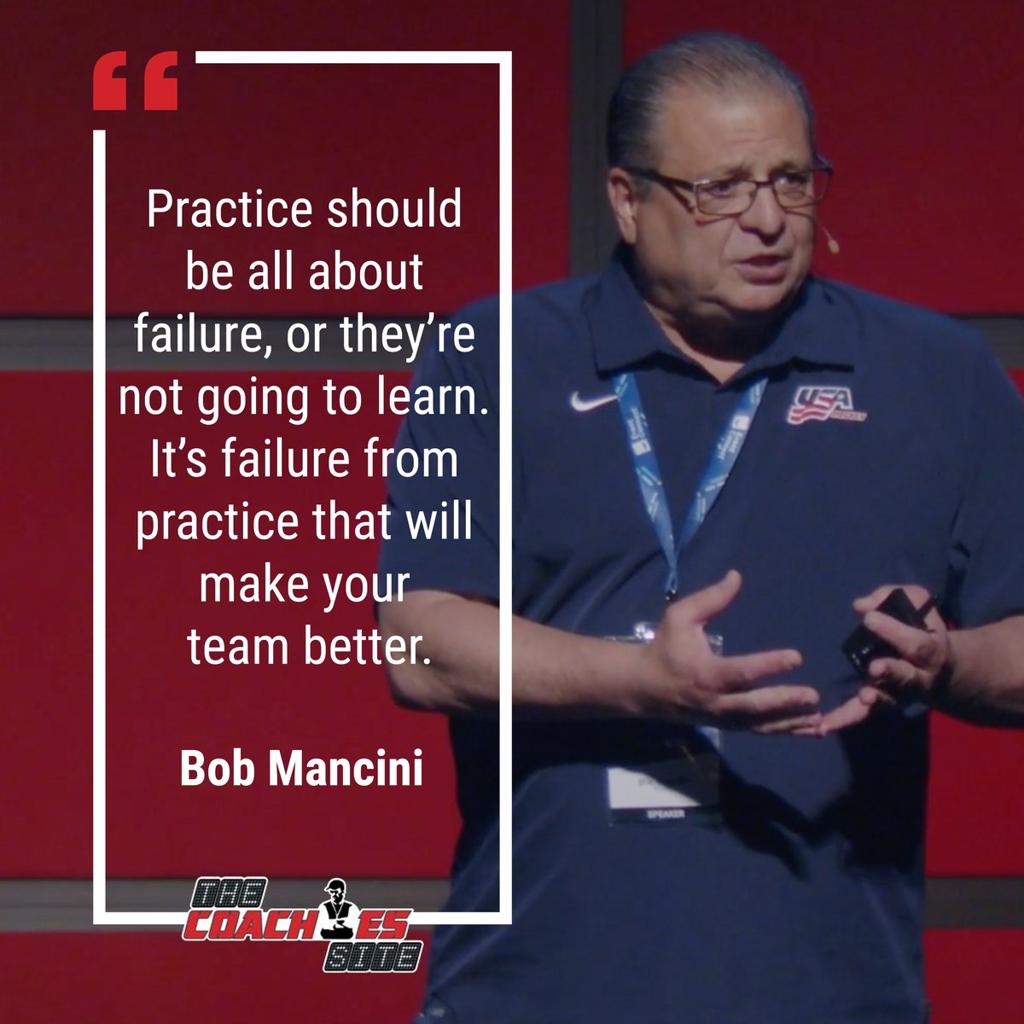 Practice makes perfect? No thanks.

“Practice should be all about failure, or they’re not going to learn. It’s failure from practice that will make your team better.”

Mancini, who was promoted to his current role in September 2021, oversees USA Hockey’s American Development Model, coaching education, officiating education and player safety. With more than 35 years of experience, Mancini’s resume includes being the Director of Player Development for the NHL’s Edmonton Oilers, Director of Player Personnel for the U.S. National Junior Team and Assistant Coach at the IIHF Men’s World Championships, IIHF World Junior Championships and IIHF Men’s World Under-18 Championships.

Mancini’s vast experience speaks for itself and his presentation hopefully leaves you questioning everything you thought you knew about how to structure your practices. Everything you do should be transferable to a game – “No more random activities” – and chaos should reign. It does in a game, so there’s no better way to prepare your team for it than causing it every practice.

Become a member of The Coaches Site to watch Mancini’s entire presentation, along with 500+ hours of video from hockey’s top coaches, leaders and performance experts.