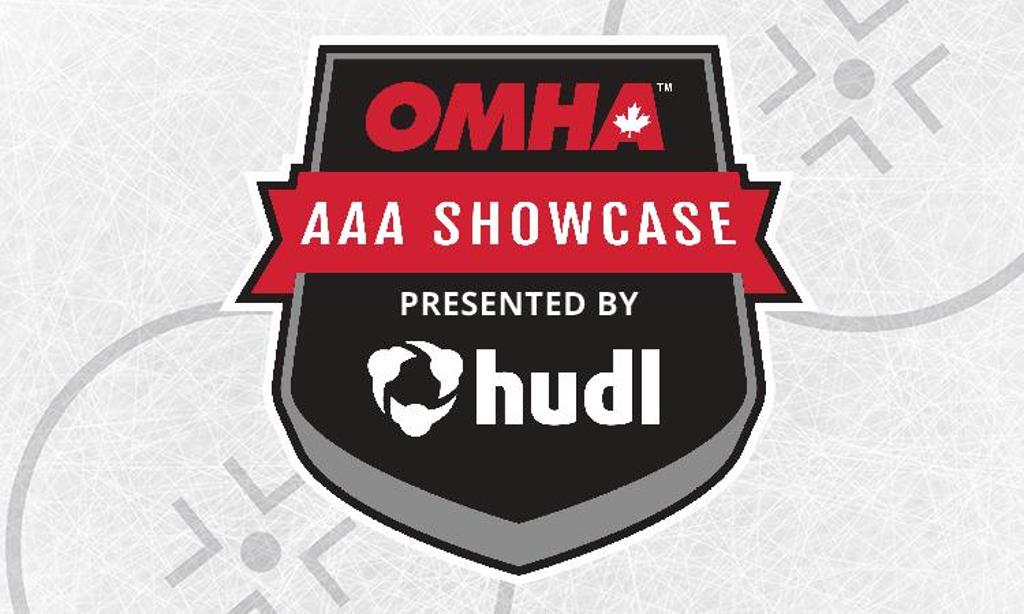 There will be 23 Ontario Minor Hockey Association U16 AAA teams battling head-to-head in a series of games in front of hundreds of pro, junior and university scouts at Joshua’s Creek Arenas. This is one of the few times a year that all of the OMHA teams will be under one roof competing at the same time. This will be an action-packed weekend with high quality U16 AAA hockey. These players are some of the best that the OMHA has to offer.

There will be live-streaming available of each game on the OMHA website brought to you by GameOnStream. You can sign up to watch both the ETA and SCTA games through GameOnStream to view all OMHA Showcase, regular season and playoff games live and on demand. *Note: Those with a current subscription will already have access to the OMHA Showcase games.

A list of players to watch from each team as well as the rosters for the ETA vs. SCTA U18 All-Star Game are listed below.

Partners for the OMHA AAA Showcase include presenting sponsor Hudl, along with BioSteel, GameOnStream, and the Ontario Hockey League.

Crafty with his game and also can play with some edge. If he gets a chance, he will go hard on defenders and finish his checks. He is very good along the boards, getting pucks off the wall quickly and getting his body turned around so he can attack seams. This allows him to be effective off the cycle and get pucks inside the dots where he is dangerous.

A handful in both the defensive zone and the offensive. Jackson has an incredible work ethic and closes space quickly and physically. He is smart on his retrievals, getting his toes pointed up ice so he can reads his pressure. This allows him to use his instincts of whether to make an outlet or use his feet to skate pucks out of his zone and lead an attack. Jackson doesn’t stop moving his feet in the offensive zone, this allows him to touch a lot of pucks and create great scoring opportunities.

Possesses a great combo of speed and skill. Kazmierski can attack the zone with speed and is able to shoot in stride or drive wide to the net. Has a sneaky release that catches goalies off guard and when they aren’t ready they will be pulling pucks out from the back of their net.

A reliable two-way center that leads by example. He shows great effort on the forecheck using physicality and an excellent stick to create pressure and turnovers. On the backcheck, Clayton tracks hard and to limit any odd-man situations. With the puck he uses his body and strength to shield off defenders so he can make a play. Will be trusted to not only create offence, but play big minutes in any situation.

A catalyst for offence and creates a lot from inside the blueline. Cameron has very good lateral movement and is strong walking the line with his head up. He can draw defenders high up in the zone where he allows his poise and skill take over, by utilizing fakes and his eyes to deceive. This opens a lot of shooting and passing lanes, where he can thread a puck. His strong skating is also an asset for defending as he can close gaps well and force plays early.

A mobile defender that uses his feet to create offence and to take away time and space in the defensive zone. He moves well off the offensive blueline to find open pockets of ice. He has a good wrister and gets useful pucks on net for his teammates to tip or find rebounds. He can break pucks out well and follows up the play to be a fourth option for his forwards.

A tough defender that will have forwards second guessing when they go into his corner. Bourque is not afraid to use his body to knock players off balance so he can win puck battles. Along with his physicality he has a good stick, which helps him to angle off players on the rush. Makes strong outlets to his wingers and follows up the play well. If left with time, he has a heavy shot that create some good scoring opportunities on rebounds.

A good-sized winger who is strong along the boards. Kruiderink is reliable when the puck breaks out on his side to make a strong play to his center. On regroups he moves his feet well so he can get pucks in stride and attack using his speed and reach to protect the puck. Can get shots off in stride, so defenders will have to watch their gap. Without the puck he skates to good areas of the ice and finishes at the net. Has a good scoring touch, so he shouldn’t be left alone near the net. 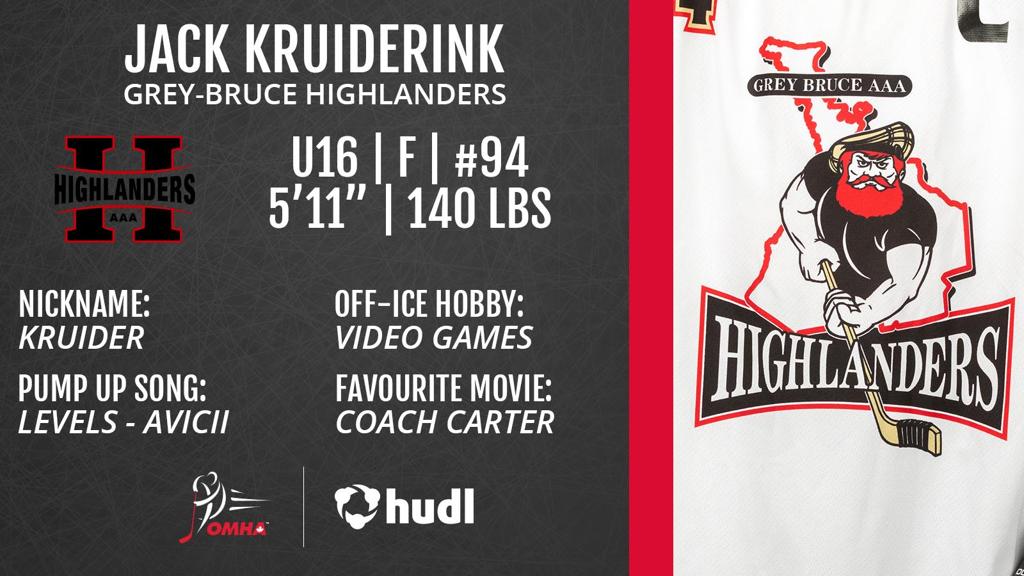 A skilled playmaker who is comfortable with the puck inside the offensive zone. He attacks the zone with a purpose and gets a lot of pucks inside good areas where his teammates can exploit. Murray has a good motor and a quick burst which allows him to close out and create turnovers which he can then quickly e transition to offence. 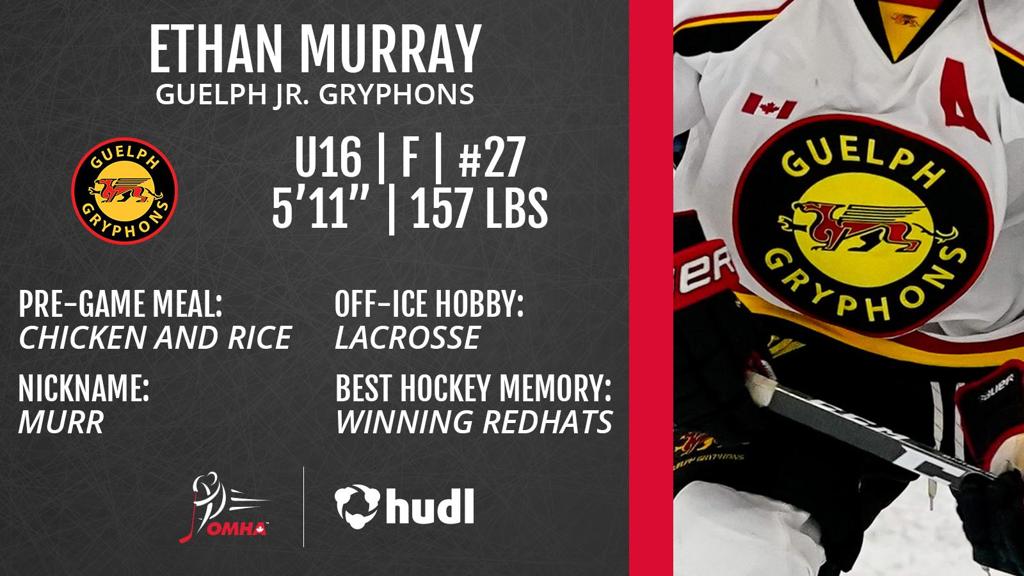 Has returned to the lineup and hasn’t missed a beat. Schaeffer is excellent on retrievals, scanning and getting the information he needs before he gets to the puck. When he does get it, he utilizes great edges to make forecheckers miss. He can then use his feet to be a one-man breakout. Schaeffer is great at zone exits and entries and his team will possess the puck for long stretches when he is on the ice. Inside the offensive blueline, he can walk the line and find prime shooting/passing lanes which he often exploits.

Kisil is having an excellent season thus far. He is balanced on the attack and is an equally good playmaker as he is finisher. Utilizes his edges and quickness to turn something from nothing. He can do this as his hands keep up to his speed and agility where he can then look to make a play. He gets underneath defencemen often where his ability to finish makes him dangerous.

Great instincts on the ice and finds open space well. He is able to slip under defenders and find pucks in excellent shooting areas. This is where he is most dangerous as when the puck is on his stick, it is off it quickly and accurately. Goodfellow also plays with a chip on his shoulder and often wins his 50/50 battles allowing his team to sustain pressure.

A pure goal scorer and has an excellent nose for the net. He is skilled at getting lost in the offensive zone and finding loose pucks. His hands are very good in tight areas, allowing him to drag and pull pucks and to elevate it quickly when needed. Govedaris will be relied upon to lead his team offensively this year and other teams will be circling his name to limit his opportunities.

Other teams will have to be aware when Flora is on the ice. He can change the game with a quick shot. Has a goal-scoring touch and a good offensive mind. He reads and plays with his teammates well, knowing how to create scoring chances off the rush or off the cycle. His movements are smart and calculated inside the blueline, so if you lose track of him defensively he can often make you pay.

Loves having the puck on his stick and when he does he puts defenders on high alert. Hopcraft is creative and crafty, not rushing any plays, but uses his hockey sense to see plays develop and buy time to find an open player. He is an equally dangerous playmaker as he is goal scorer. Teams will be wary taking penalties as he can exploit these advantages well.

A tough defender to go up against in the corners or net front. McNight clears sticks from shooting lanes which helps his goalies see pucks. He makes strong outlets and he is confident with his decisions as his passes are hard and with a purpose. If nothing is available, he has enough poise to hold onto the puck and buy some time with his feet before breaking out. With time, his shot can be hard to handle for goalies, often leading to second chances.

Skilled winger who makes plays and drives the offence for Oshawa as its leading point-getter. Effective at kicking pucks to the middle of the ice and making defenders back off. Can push the pace for the Generals and averages over a point per game.

A dynamic player and a high end competitor. McFadden is very dangerous on the attack as he can attack outside with his speed, attack inside or make a quick cut/curl to find the late man. He is especially dangerous in tight areas as his hands are extremely quick, but controlled, allowing him to make plays under pressure and beat defenders to get to the net. Without the puck, he can be relentless with his pursuits to quickly lift sticks or create turnovers where he can once again attack.

A competitive player that works hard on both sides of the puck. Can be trusted in every situation, whether on the powerplay or penalty kill as he will win puck battles and do the small things for his team to win. Nielissen has good knowledge in the offensive zone where he moves to give and receives pucks and is always buzzing around the net where he gets rewarded.

Loves to get in on the forecheck. He takes excellent routes to defenders and will finish his checks hard. This pressure often rushes the opposing team into bad decisions and turnovers. Bendo plays a full 200-foot game will be a reliable option for his teammates on breakouts and regroups. Without the puck he will go to the dirty areas and will get rewarded with his smarts and grit.

A calm goalie that doesn’t let the pressure of the situation get to him. Gravelle is excellent at positioning, hitting his marks so he can square up to the shooter. His eyes track shots really well so he can prepare to either swallow them up or direct them away from danger. Although his movements are quiet, he has the explosiveness to make a big save when needed. 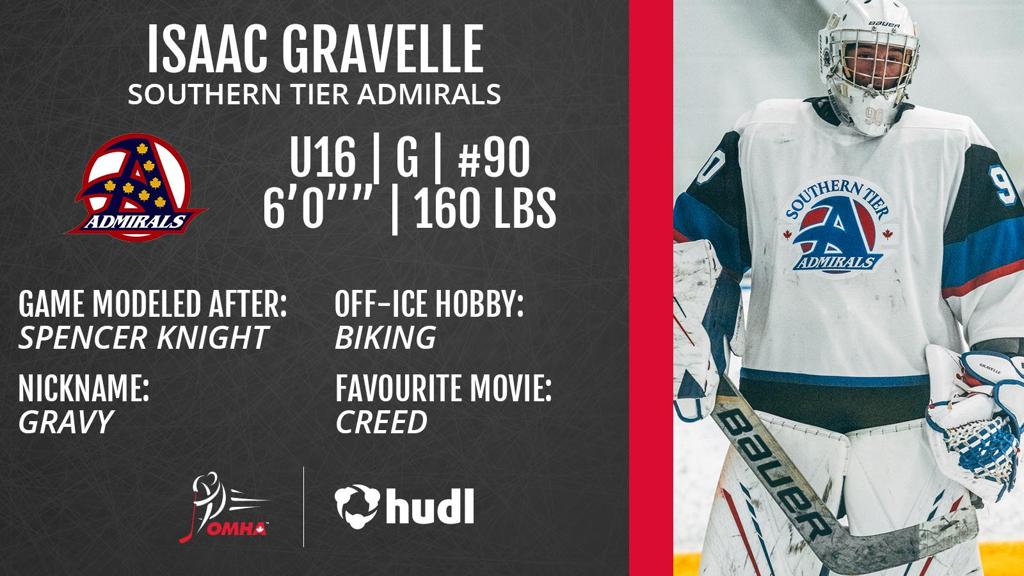 Possesses excellent speed and can get to his top gear quickly. Not only is Elliott fast, he can also carry the puck at speed and quickly register what options are around him. He is not shy to drive the far post and will often be first in the corners on the forecheck. A tough player to contain and will get a lot of attention when he is on the ice.

A smooth skating, puck moving defenceman that utilizes high IQ and poise to control the game. Singh reads his time and space very well and often makes a great read. When an outlet is not available, Singh can rely on his skating and edges to evade a forechecker while continually having his head up. When he makes a play, he is very good at following up and presenting himself as a late option. 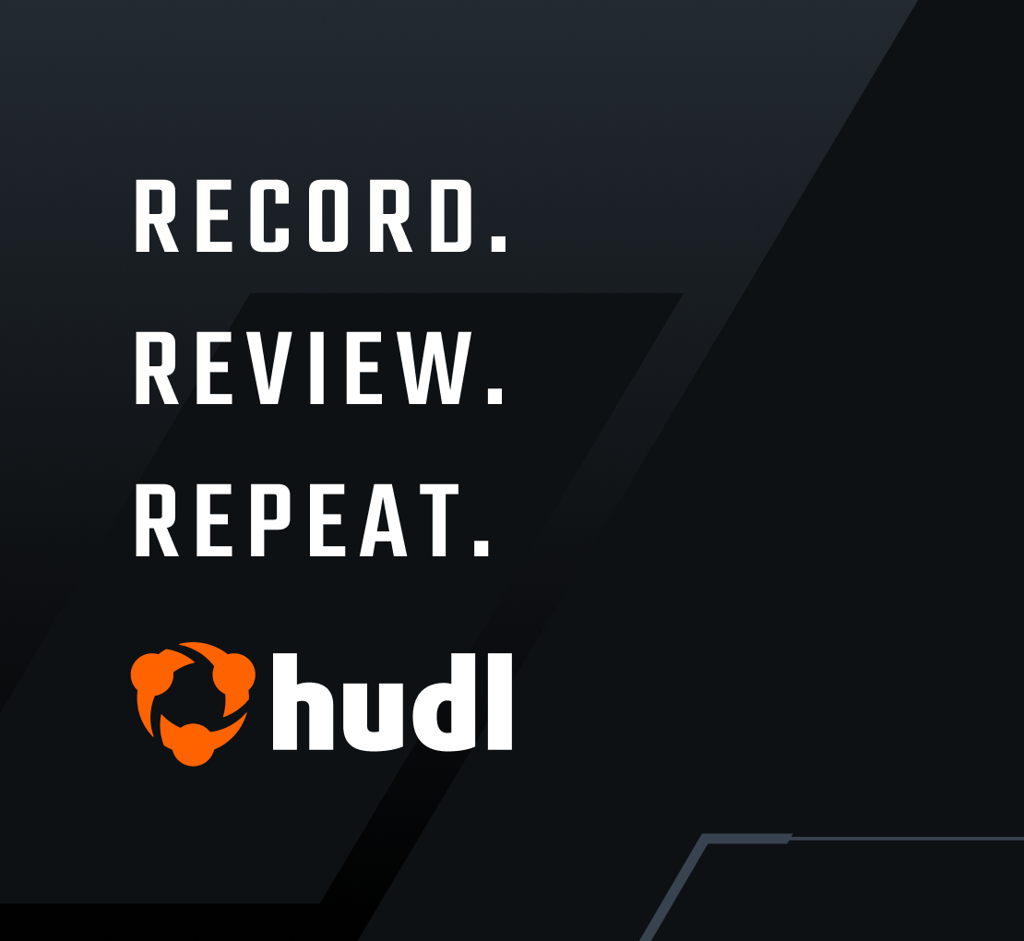