January's Coach of the Month Revealed 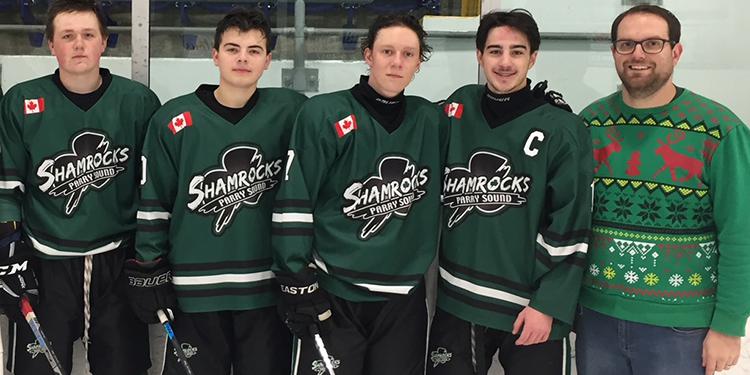 This season marks the fourth year of the OMHA Coach of the Month presented by The Coaches Site. We asked for nominations of deserving coaches and after much deliberation, AJ Wheaton of the Parry Sound U13 team was selected as the Coach of the Month for January.

I can’t think of a more difficult year to be involved in minor hockey than this year, especially for our coaches who must not only know all the protocols and new rules, but they must enforce them with players. Coach Wheaton loves the game of hockey and coaching so much, that despite the fact he does not have any players on our team, he still volunteers his time to coach our team.

My son describes Coach Wheaton as always being very positive! He gives them feedback when the make mistakes in a positive way that helps them makes corrections, and always makes hockey fun despite the changes that they are playing and practicing through. My son also shares that he believes Coach Wheaton understands that this is not an easy time for kids and brings humor and jokes to practice and the bench to keep it fun.

As a parent, I see player development and constructive coaching, and acceptance among players. We have our rep players intermixed with our local league players, and we have goalies with little to no experience, and Coach Wheaton encourages all players on an individual basis as well as bringing his team together collectively. This is no easy job! Coach Wheaton creates a weekly video message for players, debriefing their game from the previous week and items they need to work on.

My son also realizes how fortunate he is to still be playing hockey, and that is largely in part because of volunteers like Coach Wheaton, and his dedication to the game of hockey. Coach Wheaton continues to create a safe, welcoming, and productive player experience despite the challenges of the pandemic, which is why he is so deserving of the OMHA Coach of the Month!

Coach AJ grew up playing for the Whitby Wildcats, starting off at A before finishing with the AAA team. He started coaching in the Muskoka area while taking a year off of school and never looked back. His passion for coaching has carried him for 12 seasons, being behind the bench for primarily the U13-U17 age groups. This is his sixth season with Parry Sound Minor Hockey after permanently moving to the area.

How did your approach to this year change from previous seasons?

Obviously this has been a season like no other. I have really stressed with the players and parents that this season is about development and working towards next season. We all hope that there will be some type of normal hockey season come the Fall and I have emphasized that the skills we learn this year will help us have success when that time comes.

I am always pretty organized as a coach but this season I have had to be even more prepared away from the rink as there is just not the access or time to do much there aside from being on the ice. I have communicated regularly with parents about scheduling, season expectations and most importantly the ever changing health protocols.

I also took a moment this season to make sure I really appreciated being at the rink and how we were able to still get on the ice 2-3 times per week. I made sure the players were aware how lucky they were every time they came to the arena and I could really feel how happy they were to be there. I am always a big advocate for having fun at the rink and this season I have felt that this had to be the message more than ever before.

You created weekly video messages for your team. Why did you feel this was important?

It was something I started a couple weeks into the season when I found at practice or during a game that there was just not enough time to communicate with or teach players effectively with the health protocols at the arena.

As a teacher I learned how effective that posting videos could be last Spring when we were in lockdown and I was teaching from home. I would record and post daily messages/lessons for the students and I thought why couldn't I do the same thing this year for hockey?

Even though it has been a different year, most of the players still are competitive and want to put their best effort forward as a team. I felt that talking about a few strategies in a video each week would be an effective way to help them have more success on the ice as a team. Videos are also a great way to debrief with the players about events from the previous week's game as there is just not the time to do so after the games or at practices this season.

How do you mix the various individual skill levels to create a team that works together?

First off, I have been very fortunate with the players I have on my team this season. They are a fun, dedicated and engaged group of players! Some of the players I have coached older siblings or know from being a teacher in the community, while others I have had the pleasure of getting to know this season. We have also been very fortunate to have good hockey people on all of our U13 teams to help out and make things run smoothly.

Addressing the various individual skill levels started at practice. When creating practices this season I utilize drills that benefit a wide variety of skill levels. I have emphasized the use of small area games and stations in practice. In these I have focused on individual skills and tactics. This in theory will help with implementing more team tactics next season.

I also have done something that I wouldn't do as much in a normal season and that is change things up regularly at practice by introducing new drills each week. This has made coming to practice more interesting for the players as they are always on their toes about what we are going to do that night. I also have focused on having drills that allow for progressions so players with more advanced skills would find them engaging. Most importantly we always try and have some type of fun game at the end of practice to wrap things up.

During games I honestly don't worry too much about who is on the ice together. Even in 4 on 4 I found that my team really moves the puck around well and are always looking for the open player regardless of skill level.

How have your players continued to work on developing their skills while being at home?

Some of the players are still lucky enough to be practicing as they have their own rinks in their backyards or on the lake. We also have some players that are multi-sport athletes and spend a lot of time cross-country skiing in the winter, which is great for staying in shape.

Something I would encourage as an easy way for players to improve hockey awareness while at home is to sit down and watch some hockey. This is something that a lot of kids do not do enough of these days. Players should try and watch games or highlights and notice what the best players in the world are doing in terms of skills, positions and team strategies. Just before Christmas I was talking to my players about watching the World Juniors and now that the NHL is back up and running I will be encouraging them to watch as much as possible. 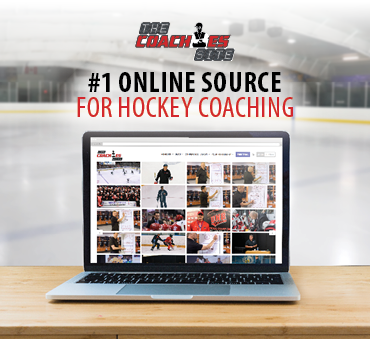