One of Canada's most respected referees 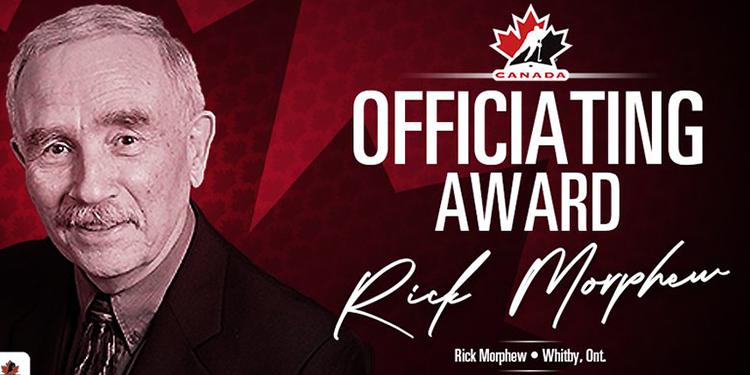 Where do you even begin to describe the impact Rick Morphew has had on the officiating community? As an on-ice official, instructor, supervisor, master course conductor and contributor to the Hockey Canada Officiating Program (HCOP), Rick is in a class all his own.

From the first time he picked up a whistle in his hometown of Sarnia, Ont., in the early 1960s, Rick has seemingly lived his life in black and white. He progressed through the HCOP to become a certified Level VI official in 1980, working games – including a number of international assignments – until 2009 as one of the country’s most respected referees. He has spent the last 24 years as the referee-in-chief for the Ontario Hockey Federation (OHF), helping guide the careers of thousands of young officials, and his knowledge and expertise has helped shape officiating curriculum for every level of the HCOP.

"We want to thank Rick for his dedication and years of service to the OMHA and OHF," said Ian Taylor, Executive Director of the OMHA. "He's been a leader in the area of officiating and development of young officials across the province. This is a fantastic recognition and accomplishment."

A recipient of the Queen Elizabeth II Golden Jubilee Medal in 2002 for outstanding community service, Rick has proudly gone from one end of the country to the other as a national supervisor since 1990, representing Hockey Canada and the OHF at countless national and international events, and proving time and time again why his is one of the most influential officiating voices in the game.

As an on-ice official, instructor, supervisor, master course conductor and contributor to the Hockey Canada Officiating Program (HCOP), he’s in a class all his own. 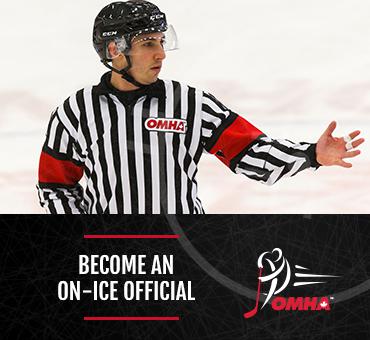