Stop Holding Your Breath When A Goalie Plays the Puck 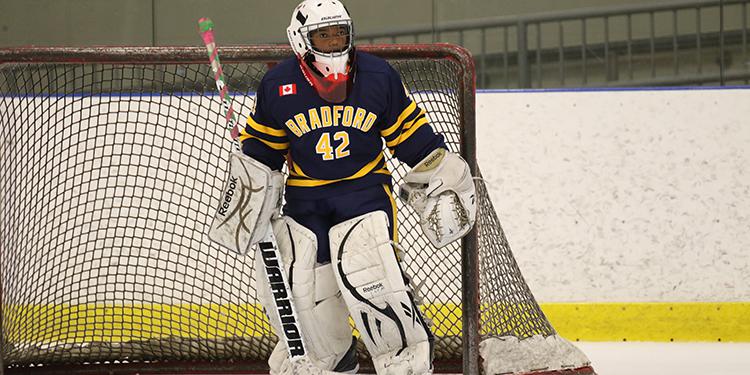 There are a great many coaches that hold their collective breaths whenever goaltenders venture from their crease to handle pucks. Unfortunately, it is often for good reason. But, like any other skill, with a little practice and some planning between the defencemen, forwards and goalies, each time a loose puck nears the net, teams don’t need to enter scramble and hope mode but rather can prepare to breakout cleanly and efficiently.

To begin, let’s look at the five options that a Goaltender has when playing the puck.

Option One: Leave It - The goaltender stops the puck behind the net or within the zone for the defenceman and returns to the net. This option is perhaps the simplest and most efficient method for most coaches and teams.

Option Two: Pass It - The goalie passes to the D-man who has opened up and positioned themselves away from the goalie, on either the strong or weak side, to receive the quick pass. There must be good communication with little indecision on either the player or goaltender’s part. This allows for quick breakouts that can counter heavy pressure.

Option Three: Clear It - The goaltender shoots the puck themselves because the D-men are under pressure or not in position to receive the puck. The Forwards must then be ready for the puck (usually on the boards but sometimes in an open area of the ice). This requires a greater degree of skill and communication but again is effective for beating a strong forecheck.

Option Four: Placing the Puck to a Safe Spot - The goalie gently passes into an open area for a teammate to retrieve easily, and initiate the breakout. This requires a good read by the goalie to not only determine where to place the puck but also where his/her second layer of defense will be in order to beat the forecheck.

Option Five: Cover the Puck - It is a penalty to cover the puck behind the goal line but if the puck is moved into a safe area, it can be done to relieve pressure. Not the best option, but sometimes it can solve a difficult situation. 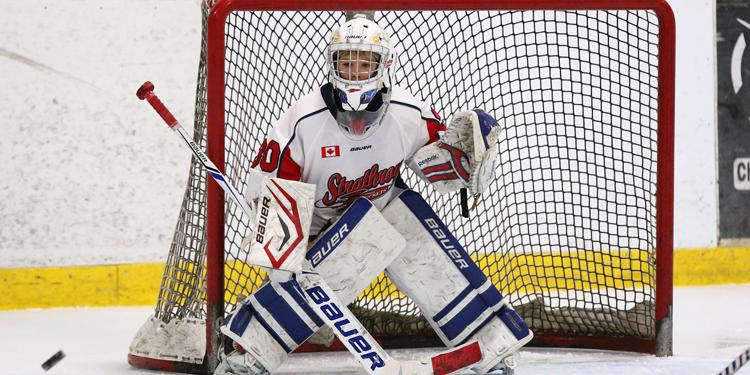 Communication is essential between the defencemen and the goaltender if these exchanges are to be efficient and seamless. Therefore, it is vital that several specific and simple “cue words” be established and rehearsed during practices to help in the execution of D-Goalie exchanges. Words such as “Over, Front or Strong Side” can be used to call for a forehand pass by the Goaltender. The terms, “Reverse, Behind or Weak Side” can denote a backhand pass or a pass to the side with less pressure. And of course “Play it or Leave it” are simple and direct commands that can be used at any level.

Teams may wish to establish their own oral cues. They just need to be straightforward and easily understood by all involved.

Finally, when stopping the puck behind the net, the goaltender should always attempt to set the puck to the forehand of the defenceman that is retrieving the puck. This allows the players to retrieve the puck with greater speed and comfort so they can begin the breakout more rapidly.

Like any important skill, puck handling takes practice. But with some time and effort, it can become a valuable tool in your team and/or goaltending arsenal.

Sudarshan "Sudsie" Maharaj is the current Goaltending Coach for the Anaheim Ducks and has spent time working with the AHL's San Diego Gulls, the New York Islanders, Hockey Canada and the Korean national hockey team. He was a member of the 1984-85 National Hockey Championship York University team and played six professional seasons in Sweden.