Get to Know November's Coach of the Month 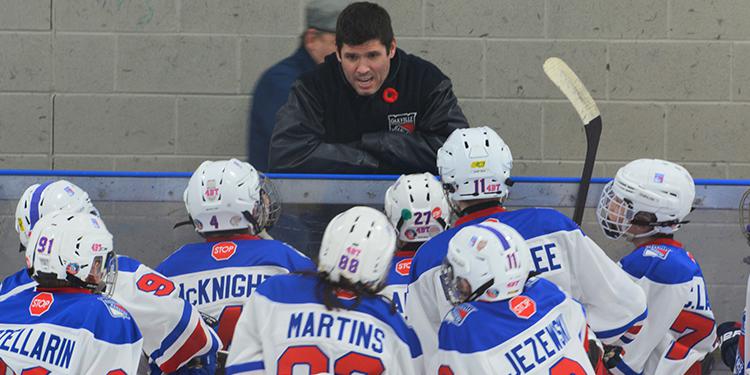 This season marks the third year of the OMHA Coach of the Month presented by The Coaches Site. We asked for nominations of deserving coaches and after much deliberation, Adam Jezewski of the Oakville Rangers Peewee AA Blue team was selected as the Coach of the Month for November.

We feel we have the best coach possible for our boys this season. Never have I met a more positive person. Or one that has given so much to a group of boys. He cares so much for our boys and works extremely hard to help each player reach their full potential. His primary objective is to develop the boys to be good citizens, healthy and strong athletes and talented hockey players and in that order of priority. His coaching program includes elements for each of these areas.

He shares his practice plans in advance with the boys and includes videos to demonstrate the drills so the boys can get the most out of practice. He had regular meetings with the players to give feedback on their strengths and development priorities. His feedback is always positive and specific so that it’s actionable. He recently shared video footage of a game with us along with specific plays for each player that he wanted them to watch. Some were examples of what they did well and some were examples of where there could be other options. This took an incredible amount of time to do for each player.

He’s teaching them not only hockey skills but how to think the game of hockey. He also gives players a chance to play a different position to see the game from a different perspective.

Adam also has high standards for their behaviour and expects them to represent Oakville, the team and their parents with pride. He communicates his expectations to the boys and outlines the consequences. He encourages team building by limiting electronics at tournaments. He brought table games to one restaurant so the boys would interact.

He encourages leadership by asking the boys to take turns to address the team before a game. And, be the last one to leave the dressing room to do a final sweep to ensure it’s left better than how we found it. He recognizes players by awarding player of the game with the ceremonial blue hard hat that gets adorned with the players #.

His most important initiative is around giving back to the community. He’s asked each player to come up with a way to do something good for someone else and invite the team to participate. So far we have done the following: planted trees, created a book exchange program and a book drive, collected socks for the homeless, softball game with Special Olympians, wore purple to pay respect and contributed to the fund of a family.

We feel honoured to have Adam as our team’s coach and feel he deserves recognition.

Coach Adam grew up playing hockey in the Ottawa area and has continued his love for the game since moving to Oakville. He was coached by his dad and was pushed with his friends to work hard, be grateful for the opportunity to play hockey and most importantly, have fun. Since starting a family, Adam has coached both soccer and hockey, where he has been with the Rangers for the past five years.

Why do you think providing positive feedback to your players is important?

Minor hockey can be a great experience for kids, families and everyone else involved as long as coaches and parents keep things in perspective. Growing up I had some incredible coaches and teachers that were very demanding but also encouraging and positive. Minor hockey, just like all other activities for kids, needs to be focused on developing the person, the athlete and the hockey player – in that order. As soon as the primary focus in kids’ activities becomes winning games, adults tend to behave poorly and all the kids have a front row seat.

In my experience, kids develop a deep love for the game when they build confidence, hear about all the things they are doing right and get treated with respect. I really believe that when kids get positive feedback it is like giving them a superpower – they like getting it and tend to do all the good things that led to getting positive feedback the first time. As they work harder to get more positive feedback, they get better at the game, which makes it more fun and so on.

How have your players benefitted from playing different positions?

I believe that by playing different positions players are forced to develop hockey IQ and understand what’s happening in the game from many perspectives. Also, in my experience, telling a player that typically plays defence that he’s getting a chance to play forward, you get a huge smile and excitement. If that’s all you get then it’s a big win. If the player goes out in different positions and roles and learns and grows and becomes more versatile and confident, then it’s a bonus. Finally, it’s a clear message to the kids and parents that we’re truly here to develop and grow and get out of our comfort zone as opposed to try to win games by playing everyone to their current strengths and where they are comfortable, which is the easiest way to win games near term.

It helps players understand how difficult the other positions are to play – it is great seeing a guy that generally plays wing try playing defence for a few games; both players develop a greater appreciation for their teammates.

Why did you start giving each player an opportunity to address the team before a game?

Like most of the things that have worked this year, the pre-game speech idea came from one of my assistant coaches (these guys are the source of all our good ideas!). I read a book this summer about the New Zealand All Blacks rugby team which told the story of how they clean their dressing room (they call it ‘sweeping the shed’) after every practice and game because ‘nobody cleans up after the All Blacks’. What an incredible team culture! We combined the pre-game speech with ‘sweeping the shed’ and reward a hardworking, team-first player each game as dressing room captain and this player leads us pre-game and ensures that we leave our dressing rooms better than we find them. It’s pretty cool seeing a group of 12-year-old boys working together to pick up all the used tape strewn around the room after a game.

The Coach that told me about the pre-game speech is Jason Pitre, who has coached for many years. He pointed out that this would help the boys develop valuable public speaking skills. At first the boys were quite nervous but it’s become a real badge of honour for our guys to get this opportunity and their speeches, often supplemented with an inspirational quote, are terrific and inspiring. Win or lose, they are developing leadership skills.

Why do you have your team so heavily involved in community initiatives?

Our team mission this year is to develop as people first. There is no better way for a young hockey player to develop as a person and learn gratitude and humility than to serve others. Seeing the ideas that the boys have come up with to help our community has been inspiring. 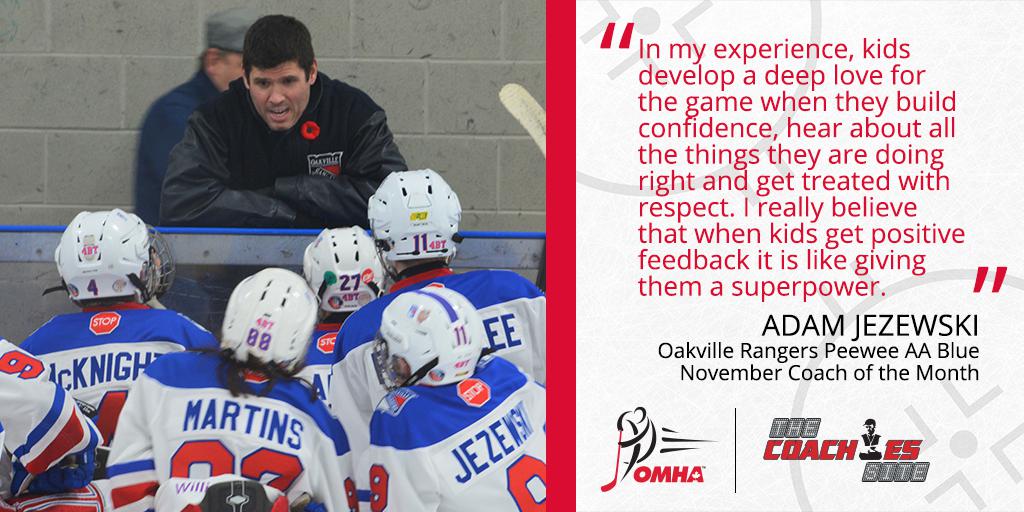 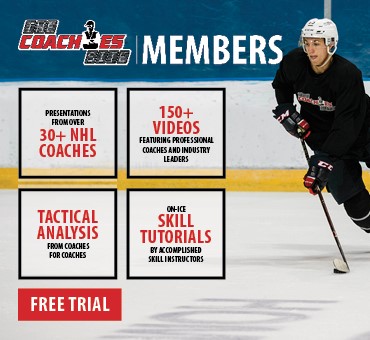