Get to Know February's Coach of the Month 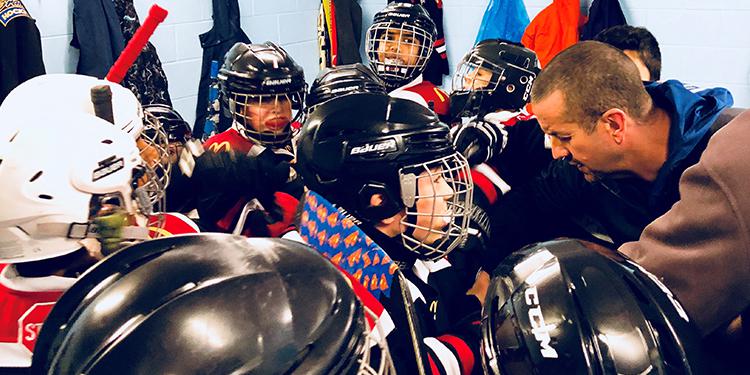 This season we launched the second year of the OMHA Coach of the Month presented by The Coaches Site and asked for nominations of deserving coaches. After much deliberation, Scott McDevitt of the Brampton Hawks Atom Blue team was selected as the Coach of the Month for February.

Here's his story as told by his nominations:

Coach Scott along with his coaching team is the main reason why our son enjoys and will stay with the sport of hockey. Our family has been fortunate to have Coach Scott for two seasons. His infectious passion for the sport and willingness to go above and beyond the call of duty has led his young athletes to have the most fun they have ever had being apart of this team – the Hawks family. In addition to having fun, Scott dedicates countless hours to practices, instilling fundamental skills & drills while positively encouraging personal development in every player. He does not hesitate to lend a hand to fellow players and coaches of opposing teams. Coach Scott has instilled confidence within these young
athletes through team bonding activities and encouraging good sportsmanship no matter how great the win or how hard the loss. Coach Scott, a hockey dad himself, has set a model of perseverance and positivity for the next generation of Brampton hockey players.

Coach Scott is very passionate about coaching and wants to ensure that all the players on the team achieve their goals no matter what skill they brought to the start of the season. Not only does he focus on the hockey fundamentals, he talks to the players about how to develop off the ice. Nutrition, behaviour and exercise is discussed often. His generosity with the team is amazing. He has rented ice so players could get extra practice time, bought all the team hats and created a fun atmosphere. It is not just with the team he coaches. Coach Scott has invited players from other teams to join his practices or the extra ice time and he makes sure that treated like they are part of the team. It is hard to pinpoint all the small things that Coach Scott does to demonstrate why he should be named Coach of the Month because there are so many things. But I guess that what makes a good coach, hundreds of small, impactful gestures that will help shape young players to be their absolute best on and off the ice!

Coach Scott played as a goalie in minor hockey growing up in Meadowvale and Hillsburgh and became a goalie coach while also participating in men's league hockey. This is his second year with the team.

How do you try to instill the values of confidence and sportsmanship in your players?

I’m always getting volunteers out to our practices, including having AAA players come and help with drills. It lets the kids see someone their age execute the drill and they’ve all welcomed the competition in practice battle drills. At times, they win against them and their confidence is just sky high. We’ve instilled sportsmanship from the very beginning, always making sure the players don’t complain about a bad pass or call or losing. We always encourage sportsmanship. The players stopped throwing their sticks in the air and jumping on the goalie after a win, recognizing that it was making opposing teams feel bad. We now line up on blue line (win or lose) and our goalie starts at one end and the players fall in behind goalie with a fist bump then to the opposing coaches.

What are some of the coaching resources that you like most or turn to when creating practice plans?

The best way I’ve found my resources is to watch other practices and take away drills that I think I can apply to my Atom-aged players. I attend other team practices regularly to learn and educate myself constantly with new ideas and teaching methods. My biggest message from the beginning of the season was I asked all my players for one thing - to be good listeners.

You like to put in a lot of work off of the ice for your team. Why is that important to you?

I like to encourage my players to eat properly and stress about the importance of drinking water before and after games. I spend hours during the week preparing for practices and games that isn’t seen by most of the parents and players but I love being organized and ready to use the ice time to its fullest. One of our off-ice activities was collecting over $2000 for the people in need in Brampton. 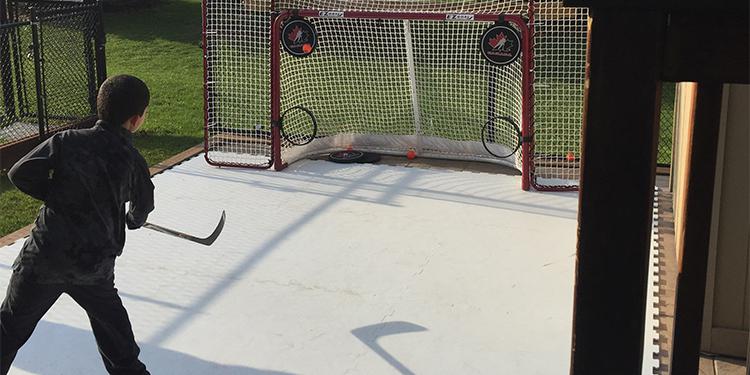 As a coach, what has been the most memorable moment of your season so far?

The most memorable moment was just recently inviting players from the other teams in the division and watching all the kids having the time of their lives laughing and sharing pizza and not frowning after a loss or worrying about the playoffs. Just having fun. Family culture is huge for our team with everyone helping each other so that all the players can experience not just competing against each other in games but enjoying competing at a practice and making friends. I have a backyard rink with shooting pads that is open to all players to come and use during the year. The kids love it. 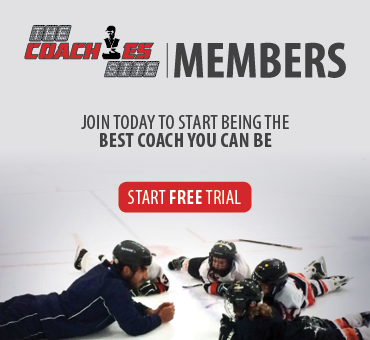