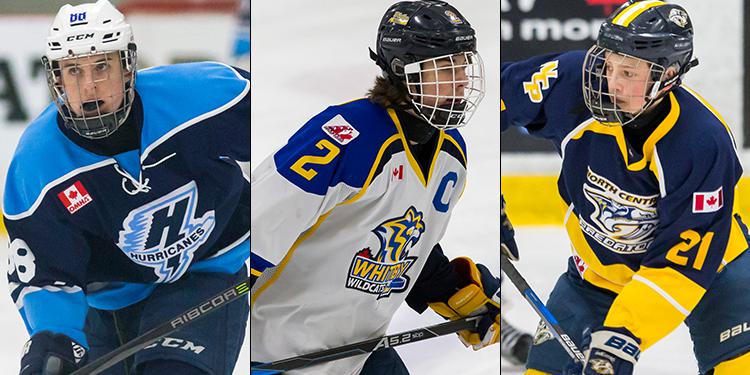 The Minor Midget AAA regular season kicks off next week and features the next generation of OMHA hockey talent stepping into the spotlight. Many players have put in time during the off-season to continue developing their skills and it all leads up to this critical season. This year of hockey is the stepping stone to the Ontario Hockey League Priority Selection Draft, where players will look to hit the ice at the next stage.

What’s in store for each team this season? Below is a preview of all 23 Minor Midget AAA teams based on how each team fared last year in Bantam.

Outlook: The Raiders near even goal differential meant that they hung in every game they played. It also resulted in a lot of ties. If the Raiders can get a few more lucky bounces this season they can find themselves climbing up the standings.

Outlook: The Colts battled in every game and that is evident in their high amount of ties. Barrie tends to keep games low scoring, which games them a shot at a win each and every time. Finding the extra gear and turning a few of those ties into wins could change their story this season.

Outlook: A spark on offence could ignite the 45’s. Starting the year on the right note will be important for Brampton, who had a strong end to last season. Keeping games close and not letting them get away is key.

Outlook: After a rough start to the season the Regals seemed to find their way. Their tendency to play in low scoring games means the margin for error is slim but also shows that they are comfortable playing in high pressure contests. Buffalo’s positive goal differential indicates they may just be scratching the surface.

Outlook: The Eagles are a tough out and don’t go down without a fight. They have a knack for keeping games close but will need to find that extra offensive step to notch a few more wins. Burlington can sometimes find themselves in a dry spell and have to snap out of them quicker.

Outlook: The Wolves are a streaky group but still manage to get it done in the standings. Being able to snap out of a cold streak will be key for Central Ontario as they look the climb up the rankings. The offence has shown it can break out on the scoresheet quickly and teams will need to contain the Wolves to stay in games.

Outlook: Once the Toros started to gel they had more consistency finding the back of the net. Getting off to a good start could be an important factor in how Clarington’s season ends up. Teams can’t expect to take them lightly.

Outlook: A team that is more balanced than their record suggests. The Highlanders hit a bit of a rough patch in the middle of the season before stringing a few wins together and finding their footing to close out the year.

Outlook: The Gryphons were one of the strongest teams all season and remain a top contender this year. They made it to the Championship weekend but hit a cold patch at the wrong time and did not medal. Look for Guelph to come back determined and ready to show again why they need to be taken seriously.

Outlook: The Hurricanes jumped out of the gate to start last season but struggled to maintain the momentum during the second half of the season. After earning their way into the AAA Championships with a wild card victory, the team found its way again and ended up with a silver medal. Halton will look to take the final step forward.

Outlook: The Bulldogs hit a bit of a rough patch during the last month of the regular season and couldn’t turn it around in time when they needed to. This is a very strong team that will continue to be in the discussion of a team to watch in this group. If momentum had been on their side last season it could’ve been a different result for them.

Outlook: The Frontenacs have a tendency to play in low scoring games and keep them close. Teams that take Kingston lightly can be in for a rough night. Opponents will need to jump out to quick leads if they want a shot at a win.

Outlook: A more consistent offensive attack will help the Waxers take some of the pressure off of their defence. If Markham can string together a few win streaks, things may begin to click for this group.

Outlook: The North Stars lost just two of their final 10 games to close out the regular season and will look to carry that momentum over into this year. Niagara can keep the pace offensively with anybody.

Outlook: One of the top teams in this age group, the Predators finished the year with a bronze medal. North Central doesn’t have a problem lighting the lamp and makes it tough for their opponent to keep up with them on the score sheet. Teams can’t afford to make many mistakes against the Predators.

Outlook: The Rangers can fill the net in a hurry and if they can balance their offensive attack over the course of the season they will become a stronger team. Tight games often go in their favour so keeping the score close gives them a shot at a win each time.

Outlook: Staying consistent offensively over the season will help lead to more success for the Generals. They don’t always score a lot of goals but have shown the ability to hang with many other teams.

Outlook: The Petes don’t have a problem scoring, they can hang with any team in that regard. The group will need to tighten up defensively and not allow the floodgates to open. Turning some of their league-high ties into wins will help the Petes in the standings.

Outlook: A tough team to play against all year, the Red Devils really picked up steam in the second half to close out the regular season. They ran into a tough opponent in the playoffs but a pair of one-goal games going the other way and the story could’ve ended differently for Quinte. Don’t count out this unit, they are still capable of making noise.

Outlook: Even though the Coyotes did not end up playing for a medal they still had a very strong season. They do a great job of protecting home ice and rarely leave any points on the board when playing in front of their crowd. The Coyotes have beaten some of the top teams in this group and deserve to be in the conversation this year.

Outlook: The Admirals proved throughout the year that they will be in the race and can hang with any team. They don’t always fill the net but showed that they won’t let games get away from them. Southern Tier holds strong on home ice and if they can get a few more points on the road they may find themselves a few spots higher in the standings.

Outlook: The Wildcats were arguably the strongest team last season and it resulted in a gold medal at the AAA Championships. Whitby is strong on both ends of the ice and don’t often find themselves on the losing end of a game. The team will have a target on its back as the defending champions of this age group.

Outlook: Teams that come to visit the Express better bring their A game because this group protects home ice. The Express finished the year strong but couldn’t translate it into playoff success. If they can carry the momentum over past the regular season this could be a team to watch. 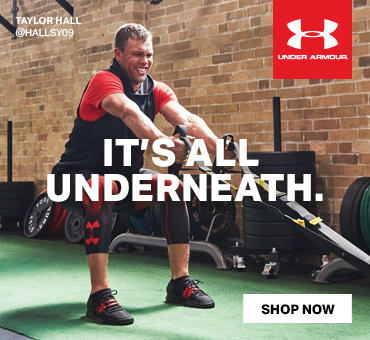