How I Raised My Hockey Family 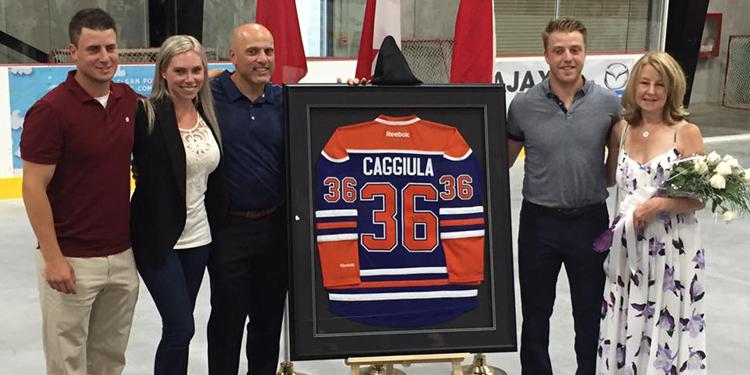 The Caggiula family at Drake's (second from right) jersey honour ceremony by the city of Pickering.

Hockey is a sport that brings families together. From the early mornings at the rink to the road trips for weekend tournaments, the sport keeps everyone involved. Siblings can go for hours shooting pucks in driveways and basements and the sport creates a family-like atmosphere amongst teammates.

Perhaps nobody knows that better than Sal Caggiula. The father of Ajax-Pickering Raiders grad and Edmonton Oilers forward Drake and of current OMHA referee Brody, hockey took over the Caggiula household for close to two decades. Sal remains heavily involved in local minor hockey in the Pickering area.

The passion the Caggiulas developed for hockey began when Sal wanted to give back to the game. He wanted his kids to have the same experiences growing up in the OMHA that he did and for the game to teach them valuable life lessons that he still carries into business today.

The combination of the healthy, active lifestyle that hockey offers along with feeling comfortable with the lessons it teaches landed Brody and Drake in the sport. 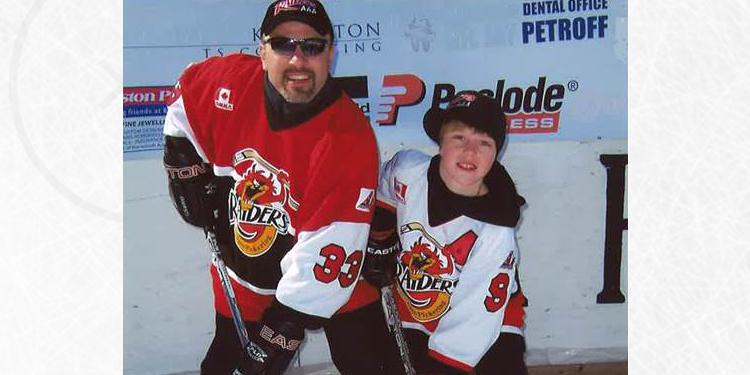 Sal and Drake with the Ajax-Pickering Raiders.

“It helped them deal with adversity and how winning is fun and losing isn’t. They both saw the value of ‘you get what you put into it’… I think the biggest thing they saw is when things don’t work for you, you learn more from the losing than you do from the winning,” said Sal. “You’re able to modify and change and work from that and put that into practice as soon as you possibly can.”

Despite the three year age gap between the brothers, the two had the opportunity to be teammates while in high school together. It was this opportunity, says Sal, that made the two inseparable.

“That was a neat experience for them. At that point, they were sibling rivals. When they played hockey together, it was the first time they started to come together as true brothers and one would protect the other. As a father, that was the biggest thing I saw out of that.” 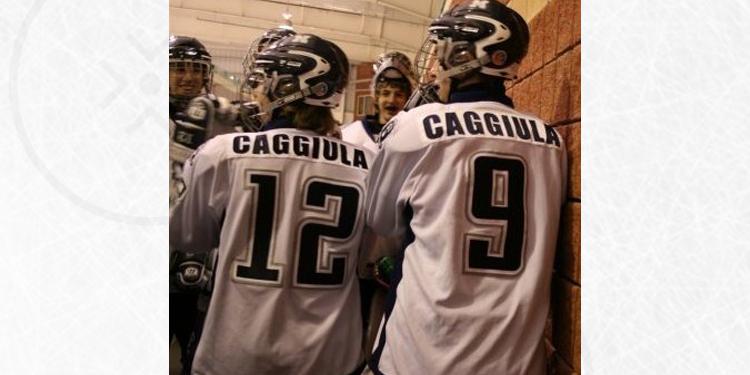 The Caggiula brothers played on the same high school team for two years.

“It was the only times that we got to play in meaningful games together,” agreed Drake. “Growing up, my brother and I used to fight all the time just like any other siblings. Once we got to high school and played on the same team together, the fighting stopped and we became better friends. Now we’re best friends.”

Many parents know the challenges of growing up in a hockey household. From making sure everyone is properly fed to getting to the rink on time, having a child in hockey always keeps you on your toes.

“Just busy. That’s the best way to describe it,” said Brody. “We never thought of it as ‘hockey-crazed’, we just thought that’s how life was. My wife now, they have a lot of family dinners together and I’d be like, ‘Oh, this is nice, we never really got to have that,’ because my brother and I were always out playing. We’d have our dinners but a lot of times it’d be separate.”

Brody realizes the impact that his parents had on his hockey development, always ensuring that he was where he needed to be. Now a Level 3C official, his job of being a referee turned from a part-time, money saving gig to becoming a mentor to younger officials in the system and giving back to the sport. 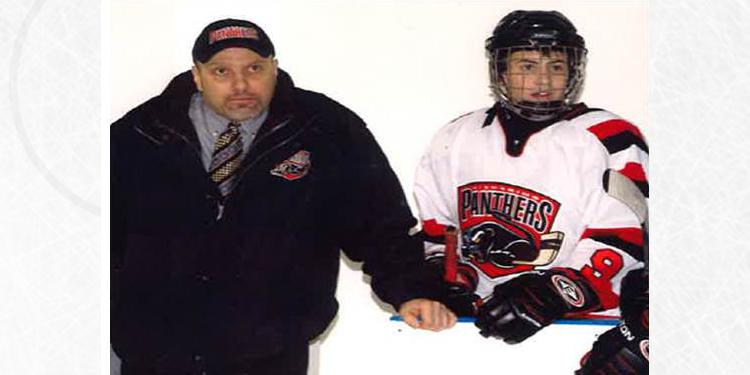 Sal and Brody with the Pickering Panthers.

He’s never lost the enjoyment of the game and would love to continue climbing the refereeing ladder. As his former teammates became his groomsmen, Brody has continued to carry the lessons of teamwork, leadership, perseverance that he learned playing hockey.

“(Hockey) defined my family. It’s my whole life. Whether it was going to my practices or games or Drake’s practices or games, we spent our whole life in the arena,” said Brody. “Thank God for my parents because they drove us everywhere, all our games and practices. I started reffing when I was 14, they used to drive me to all my reffing, so they played a huge part in my development as a hockey player and a referee.”

Growing up, the two brothers would attend each other’s games. To this day, the two still support each other over hockey and living over 3,300 kilometres apart has not stopped Drake from keeping in touch with his brother and dad. From asking for pointers when he’s struggling to calling and texting after each game, Drake doesn’t hesitate to reach out to his family.

“Hockey in general is what runs through our family and we all bond over it,” said Drake. “It’s something that we all hold close to our hearts and we all have a lot of fun doing what we do. We all do different things but we all enjoy doing what we do.”