Live a Day in the Life of an NHL Superstar

Storm the Centre for a Chance to Play at the ACC 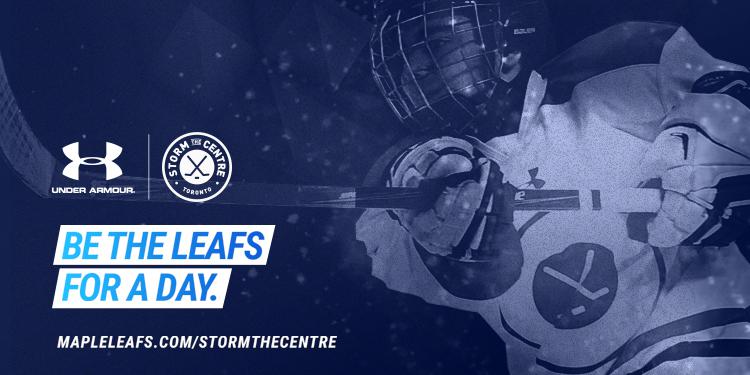 The Under Armour Storm the Centre contest gives teams the chance to live out their hockey dreams and play on the Maple Leafs ice at the Air Canada Centre.

Since the beginning of October, Minor Bantam and Bantam teams have been telling their team’s story. Coaches, players, and their parents upload videos and photos to five content specific Chapters that make up their stories. The more content in each Chapter, the better chance of their team winning.

Teams that go above and beyond will be awarded Under Armour gear. After the seven week competition, two winning teams will spend a day at Air Canada Centre where they’ll practice, train and live a day in the life of a pro. Then, they’ll compete on the same ice as the Leafs in the Armour Cup.

The OMHA would like to congratulate the recent Teams of the Week who have definitely earned their free Under Armour gear for their achievement: the Aurora Tigers Bantam MD and the North Central Predators.

This is a once in a lifetime opportunity for teams. It’s not too late to get started, register your team today!