The OMHA would like to congratulate both Team OMHA White and Team OMHA Black on a fantastic showing at the fifth annual OHL Gold Cup which concluded over the weekend. The tournament is held in Kitchener and the rosters are each comprised of 20 of the best Minor Midget players from this past season.

The OHL Gold Cup works as part of the Hockey Canada Program of Excellence (POE). Players selected from this event have a chance to play for Canada at the World Under-17 Hockey Challenge, as they continue through the POE, to the Hockey Canada under-17 selection camp held at the end of July.

The two teams competed in separate divisions and played in three round robin games. Team OMHA Black captured silver while Team OMHA White was edged out in the bronze medal game. 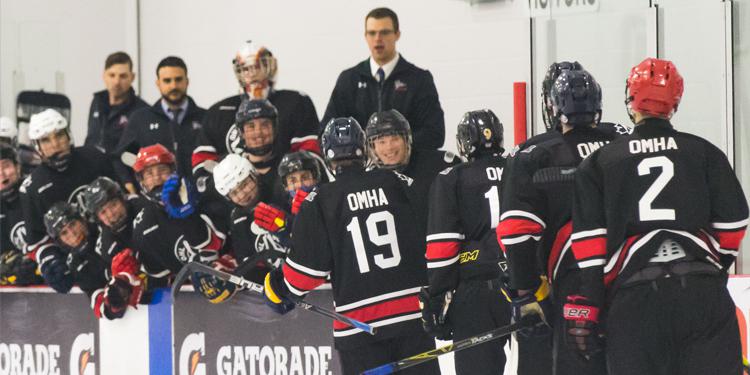 Team GTHL Red 2-Team OMHA Black 0: The opening matchup for Team OMHA Black ended in a shutout but was not a result of lack of effort. Ethan Langevin made 27 saves and the offence kept a consistent attack throughout the game.

Team OMHA Black 7-Team NOHA 1: The team bounced back in their second contest of the tournament with a solid effort from start to finish. Spencer Hazell led the way, scoring a pair of goals in the victory.

Team OMHA Black 5-Team Alliance 1: Hayden Fowler and Cam Warren each netted two goals as Team Black jumped out to a quick lead and never looked back to secure the team's spot in the Finals.

Team OMHA White 4-Team HNO 2: The team jumped out to a quick lead and never looked back to win their opening match of the OHL Gold Cup. Connor McMichael had a goal and an assist.

Bronze Medal Game: Team HEO 3-Team OMHA White 2: Another close game between these two teams. There was exciting back and forth action throughout the game and all of the scoring came in the final frame.