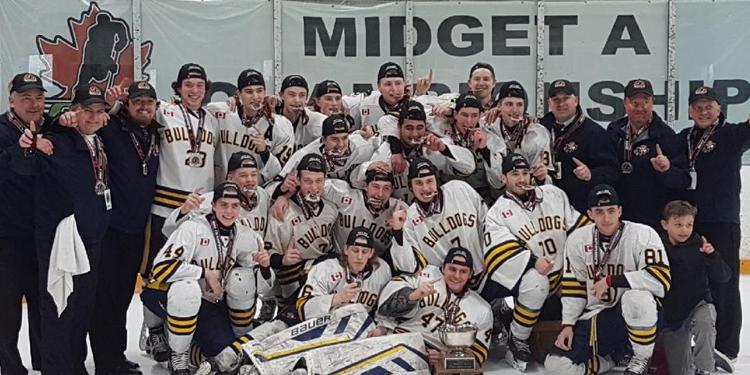 The Ontario Hockey Federation (OHF) Minor Hockey Championships wrapped up over the weekend and saw many OMHA teams find success. It is a three day event that produces OHF Champions at the Atom (A/AA/AAA), PeeWee (A/AA/AAA), Bantam (A/AA/AAA), Midget (A/AA/AAA), and Juvenile divisions.

The competing teams come from across the province’s minor hockey associations. The OHF Championships take place at the conclusion of every hockey season and feature five teams in each age classification.

A number of OMHA teams medalled at the championships.

The Dundas Blue Atom A group captured silver in a narrow defeat. The Bradford Bulldogs Midget A team edged out a win in the gold medal game as did the Oakville Rangers Peewee A squad.

The Ajax Knights won gold in the Juvenile bracket. In the Atom AA group the Milton Winterhawks captured a silver medal. The Peewee AA Championship saw a clash of two OMHA teams as the Northumberland Nighthawks defeated the Oakville Rangers in the final game.

For a full schedule and game recaps visit OHF.on.ca.