The Ontario Hockey Federation (OHF) Minor Hockey Championships is a three day event that produces OHF Champions at the Atom (A/AA/AAA), PeeWee (A/AA/AAA), Bantam (A/AA/AAA), Midget (A/AA/AAA), and Juvenile divisions and the OMHA is well represented across many divisions.

The OHF Championships take place at the conclusion of every hockey season during the weekend on the second Saturday of April and feature five teams in each age classification. The teams come from across the province’s minor hockey associations.

The Regional Bantam AAA and Midget AAA Championships have already begun while many are still waiting to determine the final teams in each age bracket.

The Oakville Rangers are well represented, sending four teams to compete in the Midget AAA, Peewee A, Peewee AA and Bantam A categories. The teams won #RedHats in the Midget AAA and Peewee A Playdowns earlier in the month. Northumberland will be competing in the Peewee AA group and Barrie will be facing off in the Bantam A group as well. 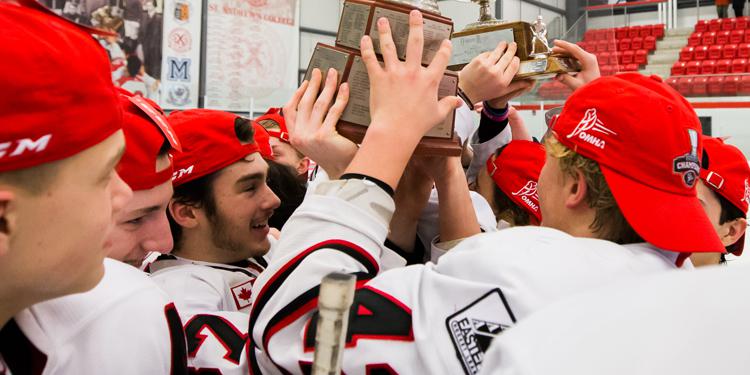 The York-Simcoe Express, winners of the Bantam AAA Championships in the OMHA, are facing off in the All-Ontario tournament as are the Peewee AAA winners Ajax-Pickering Raiders.

In the Atom age groupings the Dundas Blues (Atom A) and Milton Winterhawks (Atom AA) are both vying to add another championship banner to their year. The host Hamilton Jr. Bulldogs join the Markham Waxers in the Atom AAA division.

The Garden City Minor Falcons are in the Bantam AA division while the Bradford Bulldogs (Midget A) and Caledon Hawks (Midget AA) will also be representing the OMHA.

The Juvenile division has three teams from the OMHA. The host Belle River, Ajax and Ennismore are all looking to finish their year on a high note.

For a full schedule and game recaps of each division visit OHF.on.ca.