Road to the RBC Cup Underway

Tickets now on sale for championship week in Cobourg 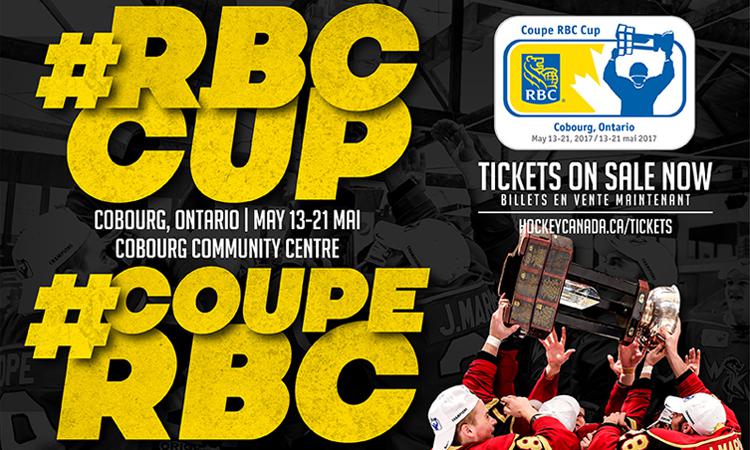 While Playdowns in the OMHA may be winding down the Road to the RBC Cup for the Junior A championship is starting to heat up!

This year’s championship week will be hosted in Cobourg from May 13-21 at the Cobourg Community Centre. Top teams from Junior A all across the country are competing for one of four spots to be determined with the fifth being held by the host team.

The RBC Cup is the culmination of the Junior A season and crowns the best team in Canada. 132 Junior A teams began in the tournament from 10 leagues from coast to coast.

This is a great event that showcases exciting hockey. Players in this tournament have gone on to star in the OHL, NCAA, U SPORTS and the NHL. There are many OMHA grads still battling in the Ontario Junior Hockey League bracket from the Burlington Cougars, Cobourg Cougars, Georgetown Raiders, Oakville Blades, Stouffville Spirit, Trenton Golden Hawks and Wellington Dukes.

The last three teams from Ontario to participate in the RBC Cup were the Dukes (2011), Spirit (2012) and Golden Hawks (2016). Edmonton Oilers forward and Ajax-Pickering Raiders grad Drake Caggiula was a member of that Spirit group.

Don’t miss out on attending the RBC Cup right in the backyard of the OMHA. This is the best of the best in Junior A hockey and is a great event for the summer. Tickets are available now and more information can be found here.