Podcast | Where do goals come from?

Making quick decisions with the puck is important

Ask any NHL coach what the hardest skill or attribute to find is and they’ll tell you it’s goal scoring. Fifty goals in a season used be a benchmark for goal scorers. Nowadays, 50 goals is reserved for the generational players and one 30 goal season will turn an average player into an All-Star.

As the speed of the game has increased, the time available to make plays has been reduced; in particular, around the net where goals are usually scored. That’s where being able to make quick decisions with the puck becomes so important.

Teams have realized the benefits of using video to help break down tactics and improve certain aspects of play. Reviewing the gameplan of opponents and the tendencies of how certain players work on the ice can give an edge to your team before the game has even started.

Brendan Taylor is the Video Coach with the Mississauga Steelheads. He played three seasons in the OHL and spent two seasons after his playing career as an assistant coach with the Oakville Blades of the OJHL. He says that players approach him wanting to review their own play from the game footage.

“I think in this situation, especially with goal scoring, learning visually through video, you’re able to see little things,” said Taylor. “How does (Steven) Stamkos take this one-timer? Does he stick handle before? Where is the goalie coming across? You’re just able to see little things that they do that separate them from other players or see little keys that make them successful that they can add into their game.”

Accumulating player data over time can tell a story. Using heat maps to chart where players score goals from, you can see that players like Alex Ovechkin find success near the top of the circle on the left side while Sidney Crosby does his best 10-15 feet from the net. 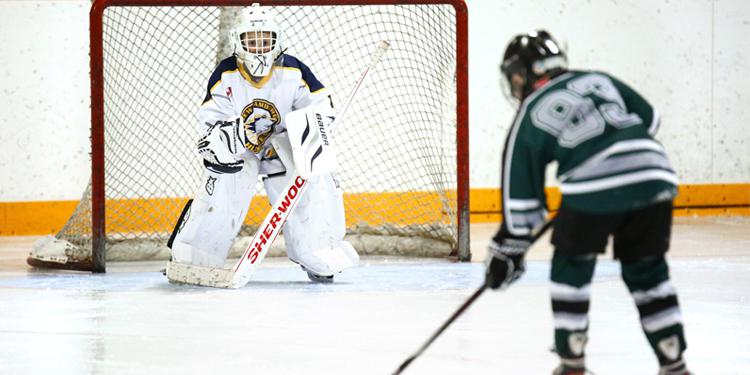 Taylor has also noticed an increase in scoring when his team uses the Royal Road. Minimal stick handling before taking a shot also adds an element of surprise and makes it harder for a goalie to move from east to west. The quick release in a shot is the key.

Programs like the 5000 Puck Challenge from OMHA Players Club help improve a player's shot accuracy and gets them comfortable using different types of shots.

“I don’t think it’s something you can ever stop improving, to be honest. You can always have a better shot or a harder shot or a more accurate shot. I think a lot of it can be from coaches teaching. You don’t have to have the best technical skills to go to the net to go to the net or read the play or how the puck’s coming off the goalie’s pads.”