Podcast | Tales with the Stanley Cup

Behind the scenes of hockey's most famous trophy

He might be one of the most famous faces in hockey without even realizing it and you probably don’t even know his name.

Every year around the middle of June, it is part of Phil Pritchard’s job to present the winning team with the Stanley Cup trophy. But that’s just where the adventure starts. While the hockey season ends, his is just beginning.

Pritchard, also unofficially known as the Keeper of the Cup, has held this role for 29 years. As the Cup is passed around in tradition to each member of that season’s champion, Pritchard is side by side with the trophy as it travels around the world for everybody’s day with the Cup.

He’s seen a lot over his career and the trophy still holds stories that only a few people know about. The 124-year-old trophy, originally donated by Lord Stanley for the 1892-93 season, has travelled by plane, train and automobile across countries and oceans. 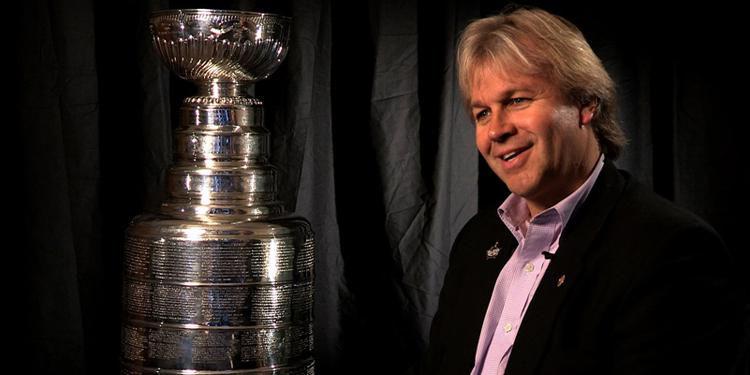 It’s always a special moment when another place on the map gets checked off as hosting the Cup for the day.

“This past summer when the (Pittsburgh) Penguins won last year, they took it to Germany for the first time,” said Pritchard. “Tom Kühnhackl was the first player to bring it back to Germany. It was unique and it was special.”

The Cup has held everything from lobsters in Prince Edward Island to caviar in Russia to every other local cuisine. It’s one of the many traditions of players using the trophy as an eating utensil.

“At the end of the day all these guys, they have fun, but I think they respect what the trophy is, what it represents and they wouldn’t do anything to harm it. So after they’ve eaten out of it, it’s always cleaned and safe and everything and we go from there.”

There’s has always been debate about where the real Stanley Cup resides. Pritchard confirms that the one housed at the Hockey Hall of Fame is the secondary trophy while the real one is hoisted at centre ice once it is won and that is the one that is taken on the road.

With so much history attached to the trophy it has already ran out of room to hold it all in one place. The Cup is three feet tall and weighs 35 pounds but that isn't still isn't enough. The upper ring is removed every 13 years and a new one added to the bottom once more space is needed. The champions from before 1928 always remain on the Cup.

It is one of the most recognizable objects in the sports world.

“You might not be a hockey fan but you know that hourglass shape of that shiny silver object. It’s something about the aura and the history of it. It’s got a lot of power around it… it gives off some great history.”

There are many stories that get caught in legend. It’s been lit on fire and gone missing yet still remains the pinnacle of hockey excellence. When a player wins the Cup, they not only win it for the city they play in but also for their hometown, no matter how big or small the population.