Focusing on the Fun

The Ontario Minor Hockey Association is proud to deliver the Playdowns edition of Hometown Hockey Magazine in a digital version. The magazine is now available on OMHA.net. 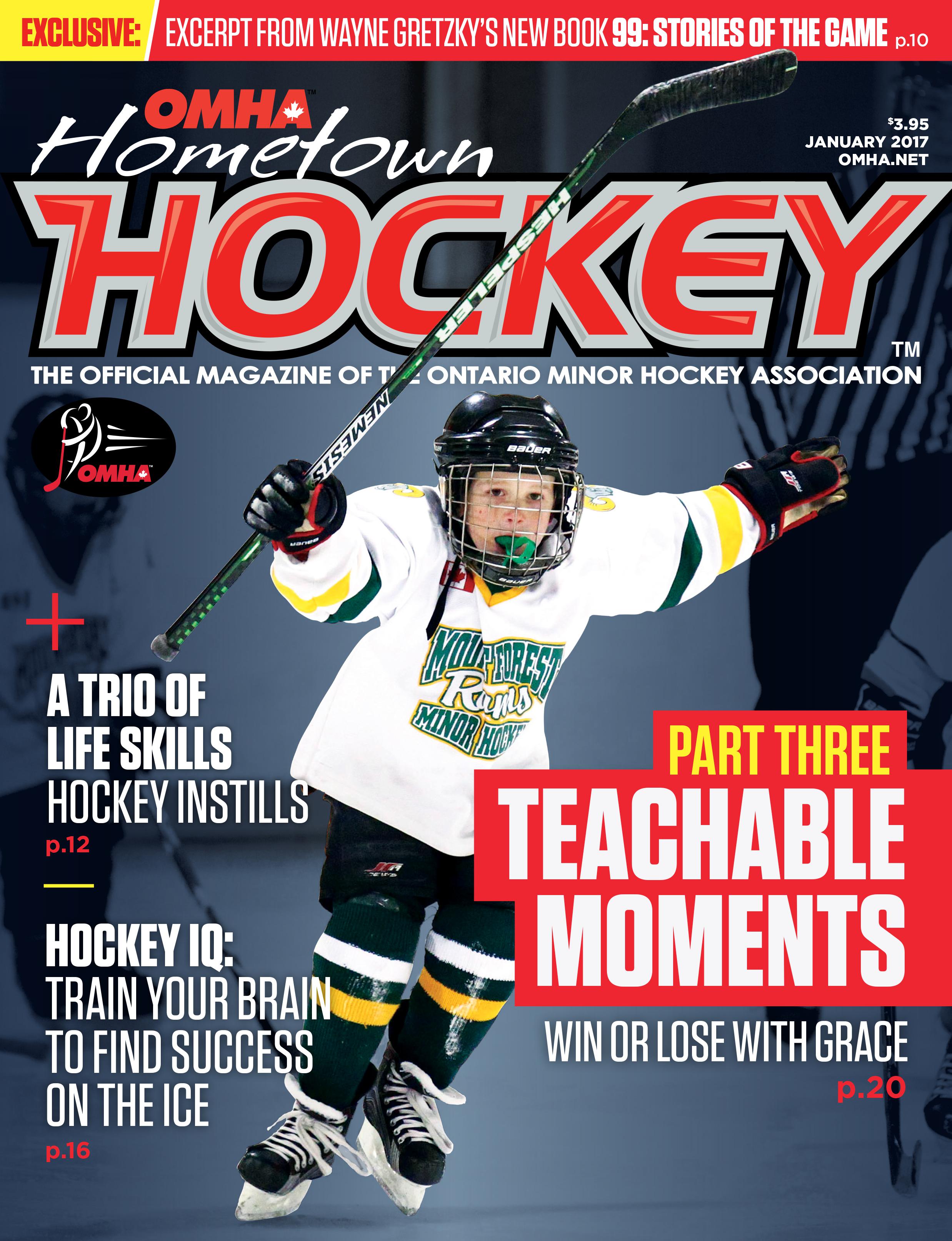 Playdowns have taken over the OMHA calendar and remain one of the most exciting times of the year. The intensity of each game is heightened and the excitement can be felt on the ice. Here are five keys to a Positive Playdowns.

The third part of the series on Positive Parenting focuses on making sure that kids are having fun while playing hockey. Parents are role models for their children and how they behave in the stands can affect how the players view the sport. Displaying positive behaviour, win or lose, is important.

Wayne Gretzky’s book 99 Stories of the Game is now available and Hometown Hockey magazine has an exclusive excerpt. Gretzky talks about the sticks that he used while playing and his admiration for the great’s of the game that came before him.

Other sections include catching up with Toronto Marlies defenceman and OMHA grad Travis Dermott, winning and losing with grace, and learning about commitment, accountability and perseverance.