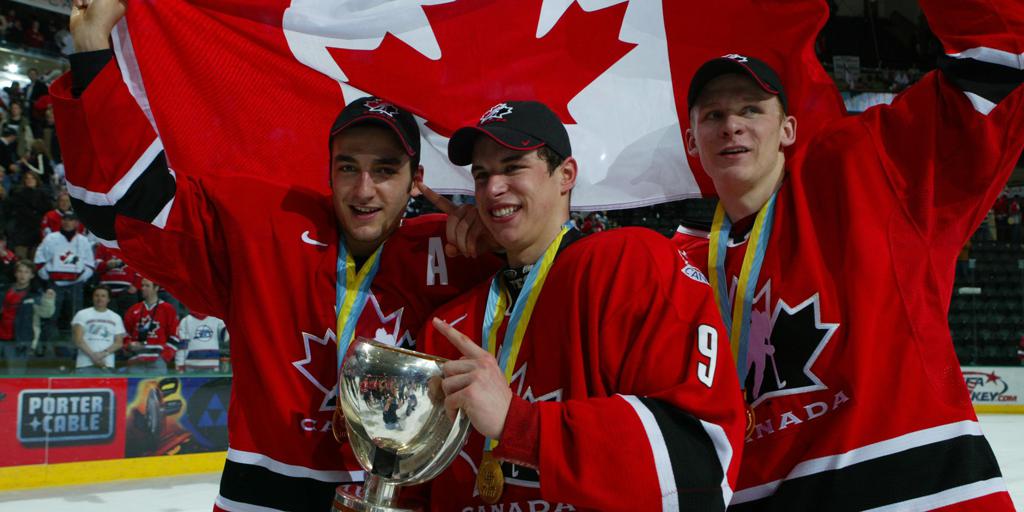 The IIHF World Junior Hockey Championship is returning to Canada this December with Toronto and Montreal co-hosting this annual celebration on the hockey calendar. The World Junior Championships have always been a holiday tradition and this year is shaping up to be no different. Between servings of family dinners and large scale games of pond hockey, it’s safe to say many classic World Junior moments have had a lasting impression on everyone that enjoys our great game.

For TSN Hockey Insider Darren Dreger, the great thing about the World Junior Hockey Championships is being able to hunker down on the couch with his Team Canada jersey and cheer with the rest of the nation.

Dreger cut his teeth in the industry with the WHL’s Brandon Wheat Kings as their play by play announcer. With the club, he was able to watch first-hand the likes Trevor Kidd and Wade Redden make their journey for gold in the mid 90’s and sparked his interest in this great tournament.

The tournament has come a long way in its forty-three year history. From humble beginnings with limited media coverage in the mid-seventies, the tournament is now recognized as a must watch event throughout the hockey community.

“It brings the world together as a television spectacle,” said Dreger. “2005 might have been the turning point for me with Crosby and the great players that now play in the NHL. Back then we could see how good these guys were and that is where the event turned from a Junior International Tournament into a world class spectacle.”

There have been many great moments throughout the history of the tournament. From Russia’s Hall of Fame bound line of Bure, Fedorov and Mogilny who accounted for 38 points in the course of seven games, to Canada winning five consecutive gold medals throughout the 90’s, there is always potential for historic moments.

“Our whole country has an investment in this tournament, it creates great moments in hockey history.”  Said Dreger.

TSN will kick off their coverage of the 2017 World Junior Hockey Championships on Boxing day.