Does shortening the bench have a place in minor hockey?

It’s the final minute of a tie game and your team is taking the faceoff in the offensive zone. Should the coach put in the next line in the rotation or the team’s best goal scorer?

Coaches at every level can be tempted to ‘go for the win.’ At the minor hockey level, the decision to shorten the bench to squeeze out an extra win sends the wrong message. Taking away ice time in any situation just might take away interest in the sport altogether. A coach skipping over the third line in the final minutes of a tight game may not seem like a big deal to an adult. But the sweetness of whatever victory gained from such a move likely will still taste sour to all those kids deemed not worthy of playing.

Richard Monette is the publisher and editor-in-chief of Active for Life. His professional activities span the disciplines of business, sport psychology and education. He is part of the B2ten leadership team and leads the Active for Life initiative. Monette is a believer in equal playing time.

While coaches can come up with reasons not to play certain players, they need to remember to look at it from the kid’s perspective.

“Most kids don’t play just to win. Most kids try to win but it’s not really what matters the most to them,” said Monette. “When you look at surveys and all kinds of studies and you ask kids why do they play, they always say the same thing: they play to have fun and get better. Some studies actually conclude that most kids would rather play on a losing team than sit on a winning team.”

It can be tougher for kids to understand why they aren’t playing when their idea of hockey doesn’t match up with the view of what the coach is thinking.

Some coaches believe that benching a player can serve as a disciplinary tool. If a player is skipping a shift, the coach needs to explain to them why they aren’t out on the ice.

“The worst case you can do is the kid comes back after taking a bad penalty and you sit him on the bench and you say nothing. What this creates is the kid can make up his own scenario and you might totally miss the point. If you don’t explain to the kid why you are doing what you’re doing then the kid might come up with his own interpretation and might be totally irrelevant to what you’re thinking as a coach.”

Players can get emotional and if a coach can sense that there is a risk of injury or safety of another player, it is up to them to let the skater know why some extra time on the bench can help cool off a situation. Let the player relax and compose themselves again and tell them that they will be back on the ice once they control their emotions. 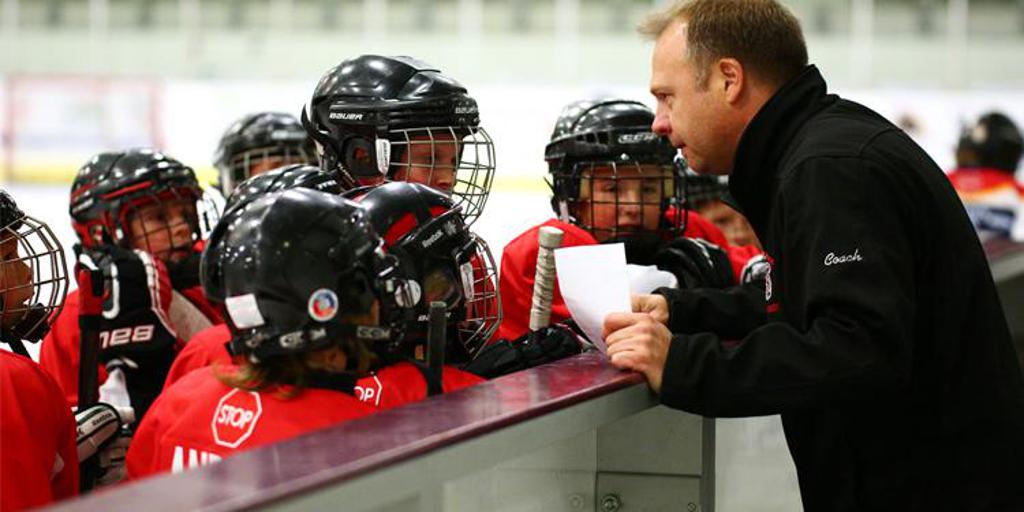 If any time arises where a coach benches a player for a shift, they should meet with the player and parents after the game and explain why they chose this option. Monette recommends that coaches never bench their players for more than a shift and not at all with younger players.

For younger players who are still understanding that hockey is more than one aspect, placing labels on them like ‘goal-scorer’ can limit how they think about and view the game. If coaches elect to break from a rotation and play a certain line for a specific situation, it can’t be a habit. It’s a matter of balance.

“Kids know. If you’re in that situation in a tournament or the finals of the league and it’s done the right way for the right reasons and it’s not done through the year every single game, kids understand.”

“Some coaches play to win and some coaches play for the right reason which is to roll the lines so every kid has the same amount of ice time. That’s when it gets very challenging.”