Hockey has 'built me into the person I am today'

It’s been years since Derek Drouin suited up for the Mooretown Flags in the OMHA but he still carries the positive impact playing minor hockey had on him to this day. Drouin won a gold medal in the High Jump at the 2016 Rio Olympics and looks back fondly on his time on the ice in Corunna, Ontario.

The 26-year-old became the first Canadian since 1932 to win an Olympics athletics event and the first track and field individual athlete to repeat as a medallist since 1936. He is just the sixth high jumper in Olympics history to win a gold medal without a missed attempt. Drouin won a record five NCAA high jump titles with Indiana University.

Playing on defence with the Flags, Drouin’s teams never won an OMHA Championship but still medalled a number of years. He played many school sports as a kid but focused on hockey and track and field.

The OMHA spoke with Drouin about growing up playing hockey with the Flags and how it helped him get to where he is today. 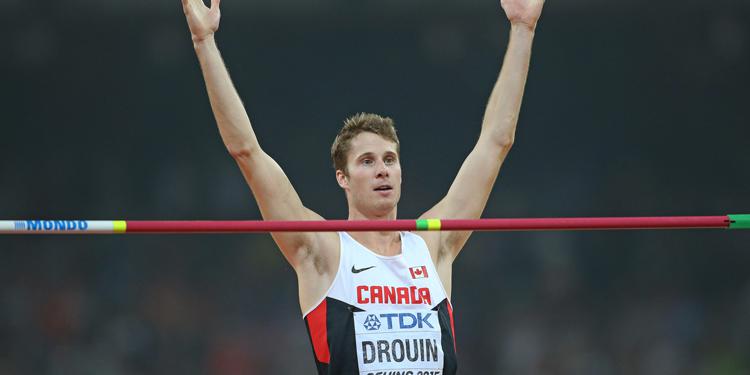 You played a couple of years of minor hockey with the Mooretown Flags. What memories do you have of playing hockey growing up?

Those are the majority of my memories. Growing up in such a small community, I was playing with the same guys basically my entire life. I made lots of friendships and had so much fun. It was the first sport that I ever played competitively. It was a really big part of me for a really long time. I definitely think it’s built me into the person I am today and has helped me develop some friendships that will hopefully be life lasting. It definitely has been an important role in my life.

Do you think playing other sports helps build a complete athlete? What skills could you transfer from hockey to the high jump?

I totally think that playing more than one sport and immersing yourself in a bunch of different activities makes you a better athlete. For me, from a very broad view, it’s hard to find many similarities between hockey and high jump. One is a team sport, one is an individual sport, one is a cold sport, one is kind of dry. Definitely there’s a lot of differences, but for me, I think playing hockey and having a team that depended on me forced me to be dedicated, to really commit to something, so that when I ultimately turned to an individual sport I already had those foundations laid. I was determined enough and motivated enough to get by on my own.

How important are sports for kids to play to help create better people down the road?

I’m obviously a huge fan of sport. I think it teaches kids very good life lessons even if you’re not going to end up being an athlete, even through your teen years let alone a professional athlete. I think the types of values that I learned have definitely served me well – having a goal, working toward a goal, being dedicated to something, practice times, you need to be punctual, learning to work with other people. Even if you’re in an individual sport, you generally need to learn to work with other people, so that’s something in sport that’s very important but also for the rest of your life. Those are some of the values that I think I’ve taken from sport and that I think are important for kids to learn as well.

In hockey, one of the biggest honours is being named to your country’s Olympic team. What was it like for you to represent Canada at the Olympics and end up winning gold?

For most athletes, you grow up and that’s the ultimate honour, wearing Canada on your chest and hopefully at the Olympics Games. For me, it was always growing up hoping to do that in hockey. Obviously things didn’t turn out that way but any chance I get to wear Canada is pretty special for me. To be able to stand on top of the podium and listen to my national anthem was definitely a moment I’ll never forget.

What lessons can athletes learn from losing? You can’t win every game or competition.

I think that’s a really important thing – you can’t win them all. In any game or competition, win or lose, there’s always something that you can learn from that or something that can be gained. Losing sucks, I know that as well as anybody, but it’s a chance to get better and to learn from that and to try to not make the same mistakes the next time. You’re constantly trying to get better. It’s really tough to improve if things always go easy for you so you need those setbacks and those losses to make you that better player or person. 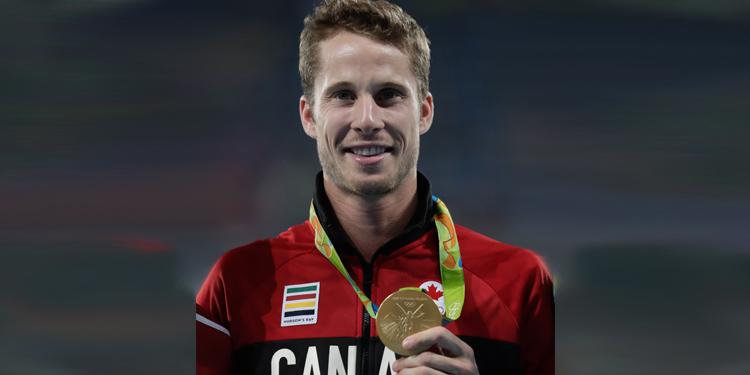