OMHA has five players selected in first round of OHL Draft 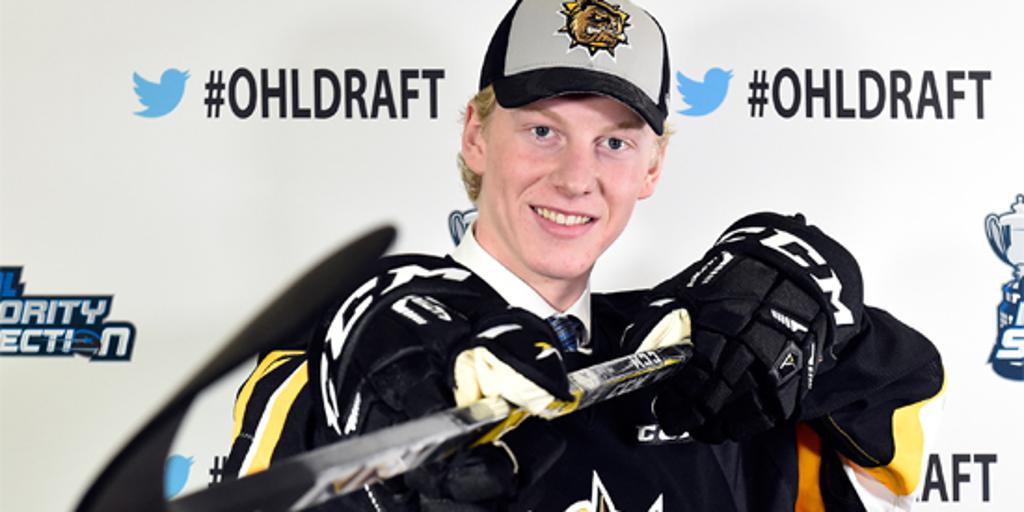 NHL dreams took a major stride forward on Saturday as OMHA players were chosen in the Ontario Hockey League’s Priority Selection (draft), including five in the first round.

As the OHL Priority Selection was broadcast online, OMHA families were glued to their computers watching the live stream webcast and the results being posted. The draft results are available here.

Connor Roberts started things off for the OMHA; the Grey-Bruce Highlanders centre was drafted third overall by the Hamilton Bulldogs. The 6'3", 200 lbs. elite forward uses his size to win space, push the opposition off the puck and protect the puck once he has possession of it. He skates extremely well for a player of his size and his hockey smarts are off the charts.

Forward Ty Dellandrea of the Central Ontario Wolves went fifth overall to the Flint Firebirds. He was dubbed by one Minor Midget coach as ‘the most dangerous player with the puck in the OMHA'. At 5’11” and 172 lbs., he is not overly flashy, instead he relies on his hockey IQ and one of the best snap-shots in the draft.

Aidan Dudas of the North Central Predators was selected 10th overall by the Owen Sound Attack. A tremendous skater, he has high-end skill, and has the ability to shred opposing defenceman with his one-on-one ability. He may be small in stature at 5'8" and 155lbs., but in the ‘new-game’ that has a focus on speed, skill, and work ethic, Dudas has all of these in spades.

Niagara North Stars forward Adam McMaster was scooped up 13th overall by the North Bay Battalion. McMaster is one of the best skaters in this draft full of elite players. He led his team in scoring and the SCTA league in total points this past season.

Nathan Dunkley rounded out the first rounders from OMHA teams, selected 17th overall by the Kingston Frontenacs. Dunkley is the prototypical ‘new forward’ in hockey. Cut from the mold of such NHL players as Sidney Crosby and Steven Stamkos, Dunkley is not overly tall at 5’10” but he is strong and thick with a low centre of gravity. He protects the puck well and is hard to knock off the puck.

“Congratulations to all 301 players chosen in the 2016 OHL Priority Selection, their family, friends, and minor hockey coaches and organizations who have helped support and develop these tremendous student athletes,” said Darrell Woodley, Director of OHL Central Scouting. “Being selected by an OHL team is a great accomplishment but it’s also just the beginning of your road to the next level.  Whether you have been selected or not, opportunities for success are available for players with the right attitude and work ethic. Best of luck to all players in pursuit of your hockey and academic goals.”

The Ontario Minor Hockey Association led the way with 86 players from 19 teams, including 53 who compete among 11 ETA teams, and 33 from eight different SCTA teams. The OHL Cup Champion York-Simcoe Express led the OMHA with 12 players selected, followed by the Hamilton Jr. Bulldogs with 10 players chosen.

Player development is a key component of the OMHA experience. The OMHA conducts a wide range of clinics for players, coaches and other volunteers to improve their skills and enhance their overall experience and enjoyment of the sport. OMHA boasts a long list of grads who earned their place in the NHL from Bobby Orr to Steven Stamkos.

Here are comments from the OMHA’s first-round picks: 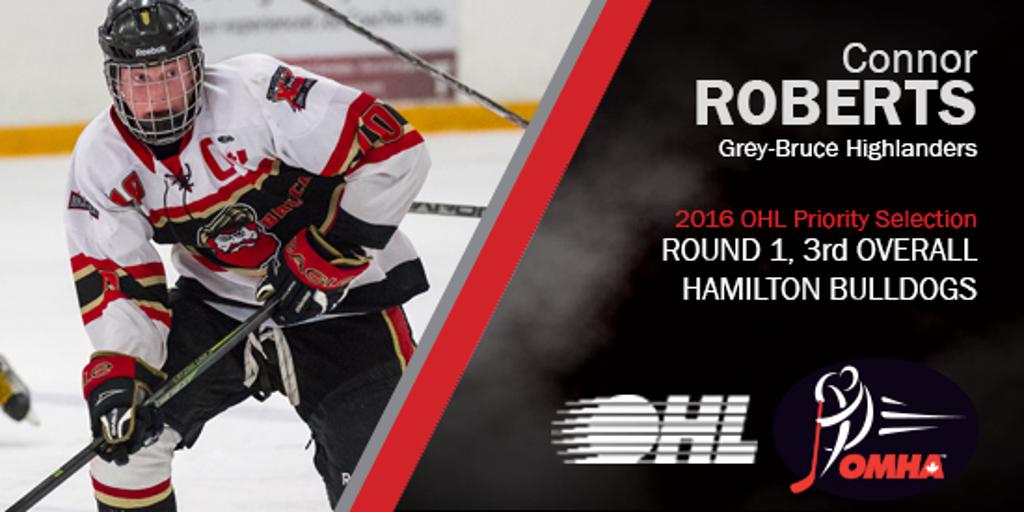 “This is something I have worked towards for quite a long time. I am really looking forward to this opportunity and I couldn’t be happier right now. Going to use the off-season to work on my skating and be in the gym every day getting stronger and faster.” 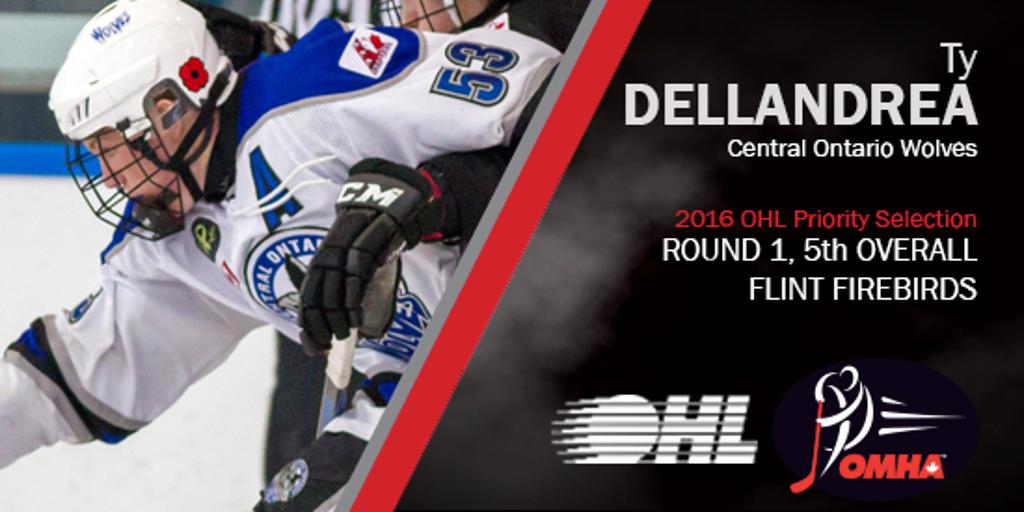 “It feels unbelievable, I’ve worked so hard during my minor hockey career to achieve this goal but this is really just another starting point for me. I am looking forward to working hard, continuing to progress and for what’s to come in the future. It feels great to have some other OMHA guys (Hunter Holmes and Dennis Busby) with me who have faith in this organization (Flint Firebirds).” 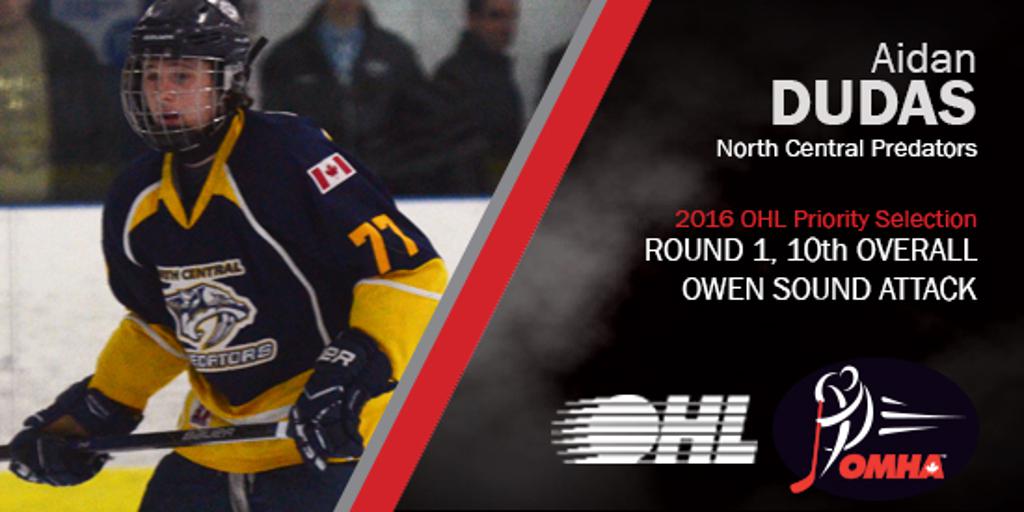 “I am really excited for sure because this is something I have been working towards for quite some time. Going to work on putting on some muscle and getting faster so I can compete at the next level and I am just really looking forward to getting up to Owen Sound.” 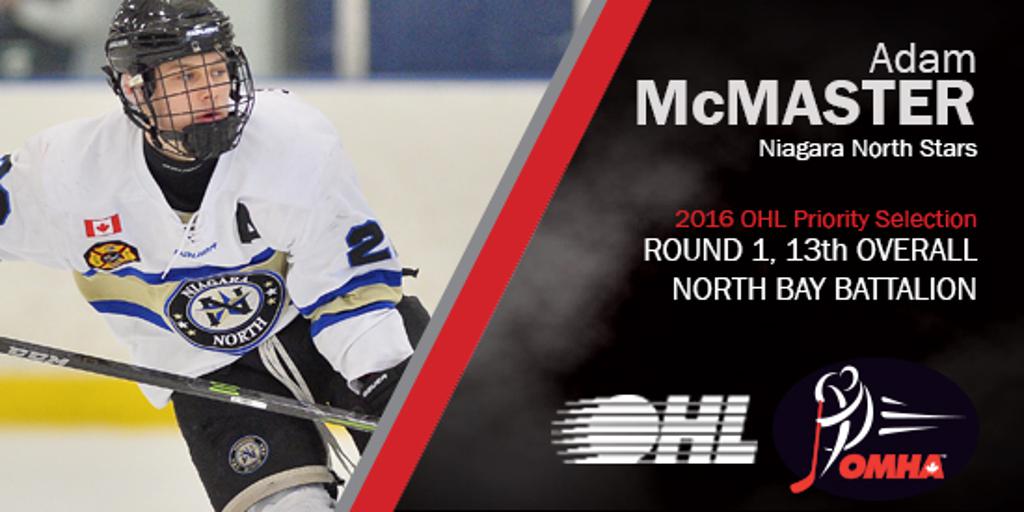 “It means a lot to me. Obviously it is a bit far away from home but I am just really happy to be selected by the North Bay Battalion. Going to use the off-season to work on my upper body strength so I am able to come into the league and play against the older guys.” 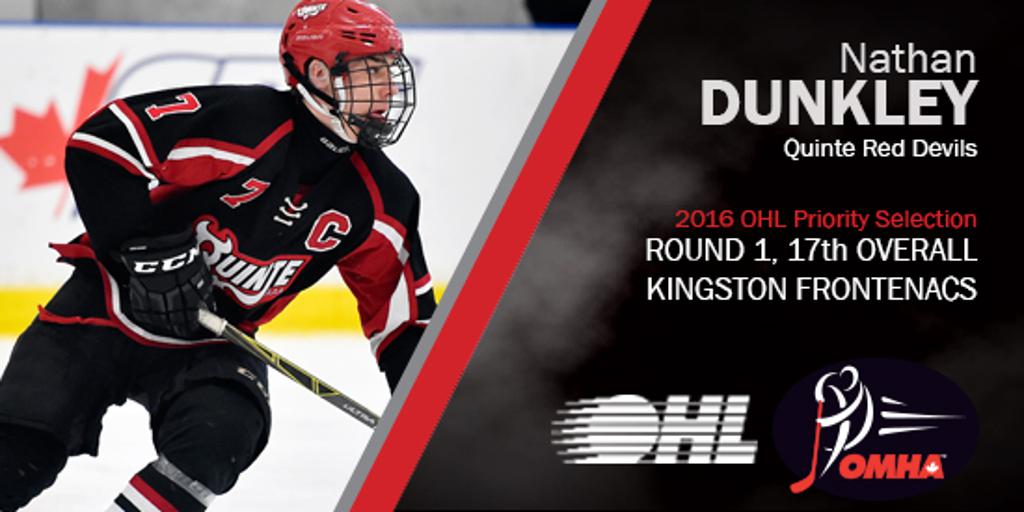 “Just a really cool feeling and Kingston was definitely one of the top teams I wanted to go to with them being pretty close to home. I have a really good buddy on the team and I am just excited to be a part of a really great organization.”