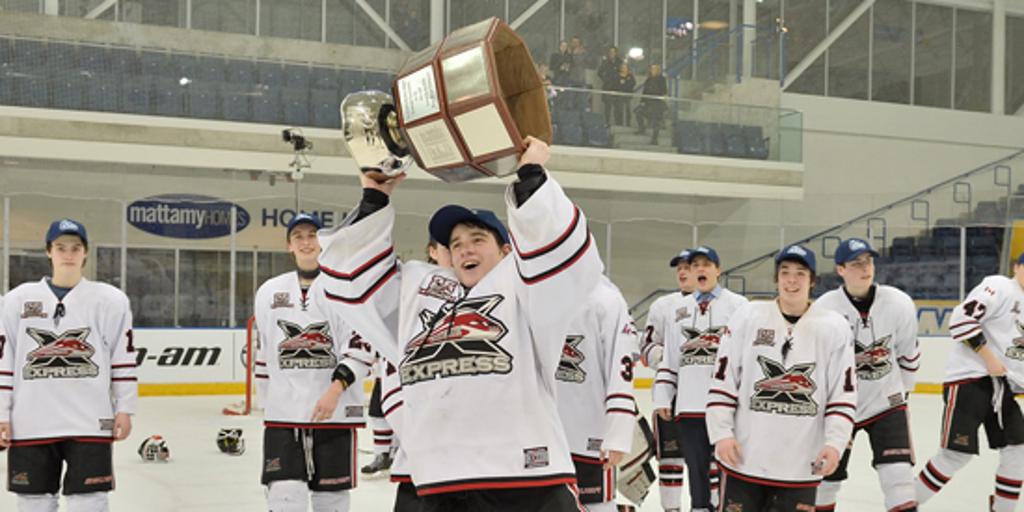 The 2016 OHL Cup Showcase Tournament was destined to end in either a three-peat or a trifecta.

Rhys Forhan's goal 7:17 into the second overtime completed the triple crown for the York-Simcoe Express, as they added an OHL Cup title to their Silver Stick and OMHA Championships.

Forhan's second of the night came on a turn-around wrister that snuck under the pad of Toronto Marlboros goaltender Elliott Tang, giving the Express a 2-1 victory for their first OHL Cup title since 2004.

"It feels amazing, there's no place I'd rather be," said the night's hero. "Doing it for the boys is amazing and being able to capitalize in front of everyone, there's no feeling like it."

The Marlboros opened the scoring at 4:31, beating Berezinskiy over the shoulder on a shot that trickled over the goal line.

After a scoreless second period, an Express powerplay 7:39 into the third didn't yield any results on the scoreboard, but it did provide them sustained pressure as they wore Toronto down, scoring a shift into even strength play.

Just like that, the York Simcoe Express tie up the #OHLCup. https://t.co/zJnzesMuQY

A failed Marlboros clearing attempt saw Ian Vucko hold the play at the offensive blueline as he quickly dished to Robbie Cranston who found a waiting Forhan in the slot. Forhan waited out Tang, tucking the puck past his outstretched pad for his first of the showcase at 10:53 to tie the score at one.

Before the game, a number famous faces in the hockey world wished the Express good luck, including some York-Simcoe alumni.

Good Luck to the YSE Minor Midgets tonight in the OHL Cup vs the Marlies!!! @YSExpress

Best of luck to @YSExpress minor midgets in the OHL cup finals tonight vs the marlies. Go get em boys!

Wishing the minor midget @YSExpress good luck tonight as they take on the Toronto Marlies in the OHL cup finals!!

The second straight Championship game to require overtime also marked the first double overtime Championship game in OHL Cup history coming to an end 7:17 into the period when Forhan turned and fired a shot under the pad of Tang to vault the Express onto the ice in celebration.

"The year we've had, it's been a dream year," said York-Simcoe head coach Rob Shilton. "It's hard to even describe what a great experience this has been. There's a number of guys here who have been with our program for six, seven years now and it's so satisfying to see everybody rewarded for their hard work."

Andrei Berezinskiy made 39 saves to earn Player of the Game honours along with the Tim Adams Memorial Trophy awarded to the OHL Cup MVP. 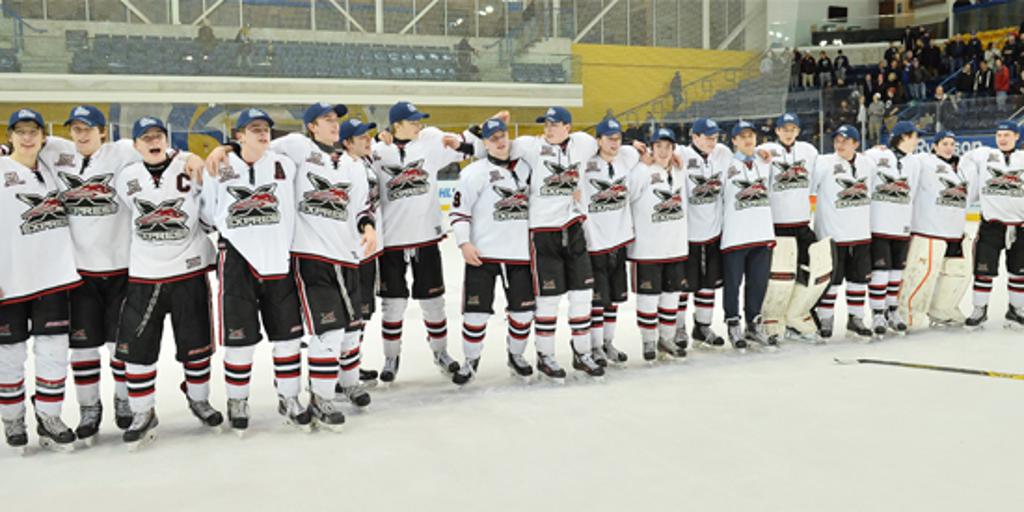 Six players were named to the Gatorade OHL Cup All-Star Team at the conclusion of the Championship game. Those players included Niagara North Stars forward Hunter Holmes (4 GP, 6-3--9) and blueliner Justin MacPherson (7 GP, 0-3--3) of the York-Simcoe Express. Berezinskiy rounded out the selections in goal with a 5-0 record to go with a 2.09 goals-against average.

The OHL Cup Showcase Tournament provides fans and scouts one last opportunity to see many of the top minor midget aged players from across Ontario and parts of the United States compete for the OHL Cup performing against the best competition prior to the 2016 OHL Priority Selection.