The Ontario Minor Hockey Association is proud to deliver the Winter edition of Hometown Hockey Magazine in a digital version. The magazine will to be delivered to households across Ontario each quarter and is now also be available on OMHA.net. 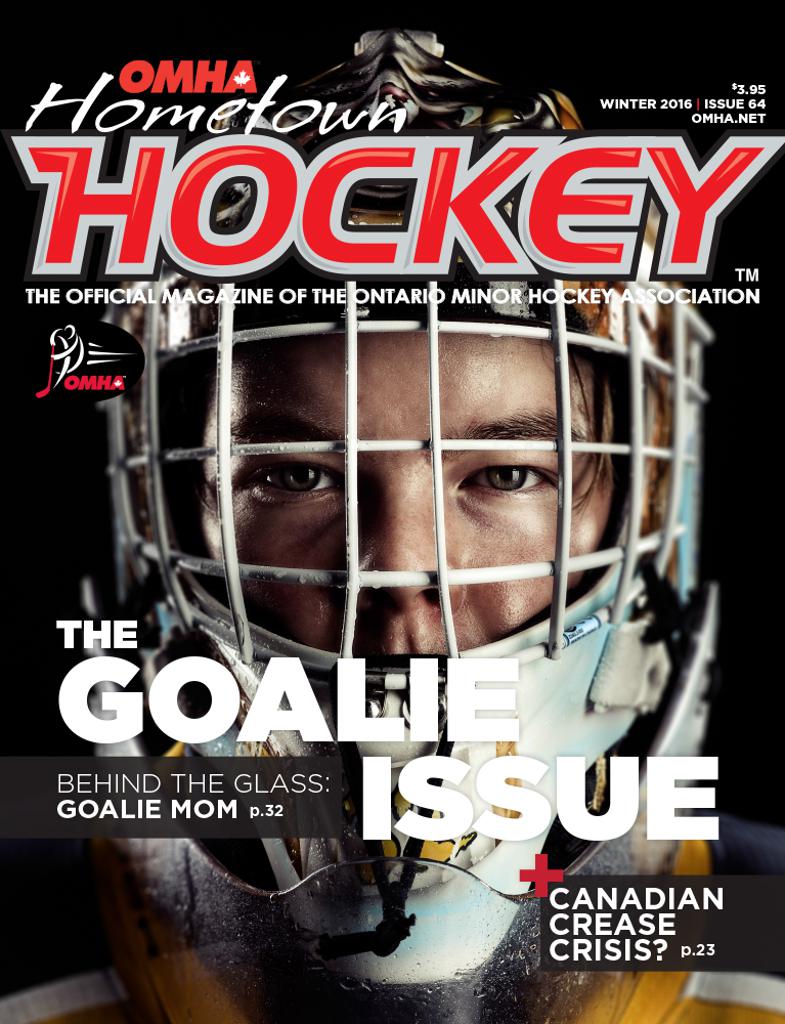 Being a goalie is one of the toughest, most pressure-packed positions in all of sports. They have a unique perspective on the game and this edition of the magazine can help provide some insight on what it takes to be a netminder. While it is titled ‘The Goalie Issue’, there is still relevant content for anybody who laces up their skates.

The feature story is about a topic that Canadians get very passionate about – international competition and the state of our goalies. Sure, Carey Price is the undisputed number one Canadian netminder but who else can make a case to be on the list? Written by Mike Brophy of The Hockey News, he examines why Canada is lacking strength in numbers in between the goalposts and crunches some data to show the dwindling number of Canadian goalies in the NHL. Brophy traces the root of the problem back to the minor hockey level and provides possible solutions to get the numbers climbing again.

In the ‘Goalie Guide’ feature, the evolution of the position is examined over the years. What has been the cause of noticeable skill improvement of the goalies from today versus the netminders of 20 years ago? From the popular ‘stand up’ style that was used since the game’s creation to the development of the ‘butterfly’ and ‘hybrid’ styles that are seen on the ice today, the pros and cons on each tactic are weighed.

The most effective ways to use a goalie in practice are also examined. How a goalie reads and reacts to in-game situations begins in practice, and keeping them engaged and involved instead of just being used as target practice will benefit the entire team. A breakaway drill can turn into a lesson about effective communication between a goalie and his defence partners.

Other sections include how to better your posture and increase mobility in ‘Hit the Gym’, some quick pre-game recipes in the Family Fuel section along with other great coaching tips, parental advice, reminders, contests and games for kids of all ages.