Team adds a group element to get everyone involved

That’s the mentality the Orillia Minor Atom Terriers adopted with the task from the OMHA Players Club presented by Bauer Hockey, putting a twist on what is normally an individual challenge and turning it into a team goal.

The Terriers joined the Caledon Hawks and Caledonia Thunder as teams who have completed the 5,000 Puck Challenge this year along with the nearly 100 total participants who have received prizes from Bauer for completing the OMHA Players Club challenges.

Anders Hagman has coached this team for the past two seasons and thought this challenge would be a fun way for his players to practice their shooting outside of the rink. The coaching staff agreed that they wanted to make it a team contest, and having each of the 15 players equally participating gave life to the 75,000 Puck Challenge.

The Terriers tracked their progress diligently, creating a chart that would be updated as each goal was reached. Every mark had a different prizing attached to it and it was a great visual tool to remind the players of how many shots remained. 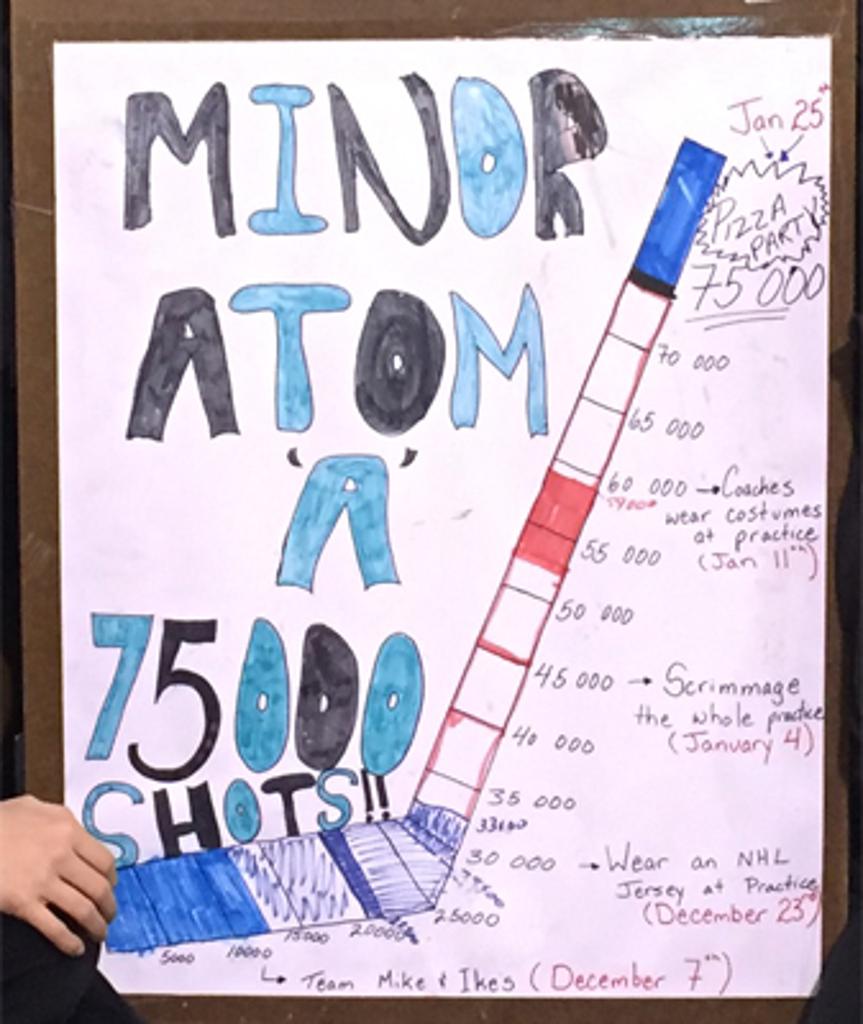 “They all had the responsibility of completing it and being accountable to their teammates,” said Hagman. “We made incremental goals along the way when they achieved a certain amount of shots, such as Mike and Ike's, coaches in tutus, wearing an NHL jersey at practice. The final goal was a pizza party right before playoffs.”

This proved to be a true team-building exercise as few of the Terriers had completed any of the OMHA Players Club challenges before.

The aim of the 5,000 Puck Challenge is to increase shot accuracy, speed, quickness and technique. Over a 10 week span, players shoot 100 pucks a day, five days a week. Parents and coaches, including those in Orillia, have been thrilled with the skill improvement in their players and have credited the OMHA Players Club as the reason.

“They were always excited to hand their sheets to be checked at practices and see how they were progressing. As we got closer to each goal they really wanted to reach the end. The parents were so supportive of this as well.” 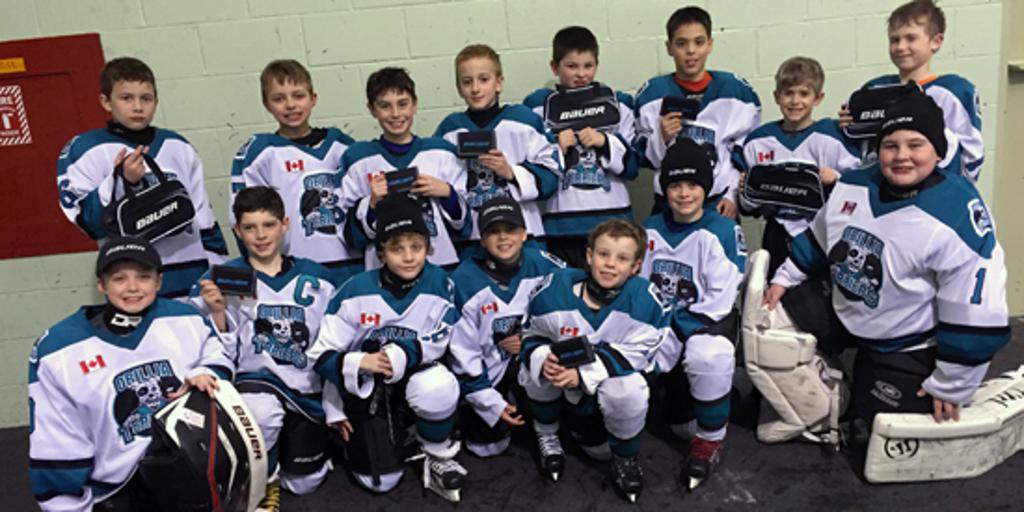 Orillia Minor Atom Terriers show off their prizes from Bauer

Hagman made it clear to the parents that it was the responsibility of the players to complete the tracking sheets, and their only job was to initial it at the end of each day.

“Parents told me that their son would always make sure they initialed it and that they were more interested in completing the shot challenge than completing their homework.”