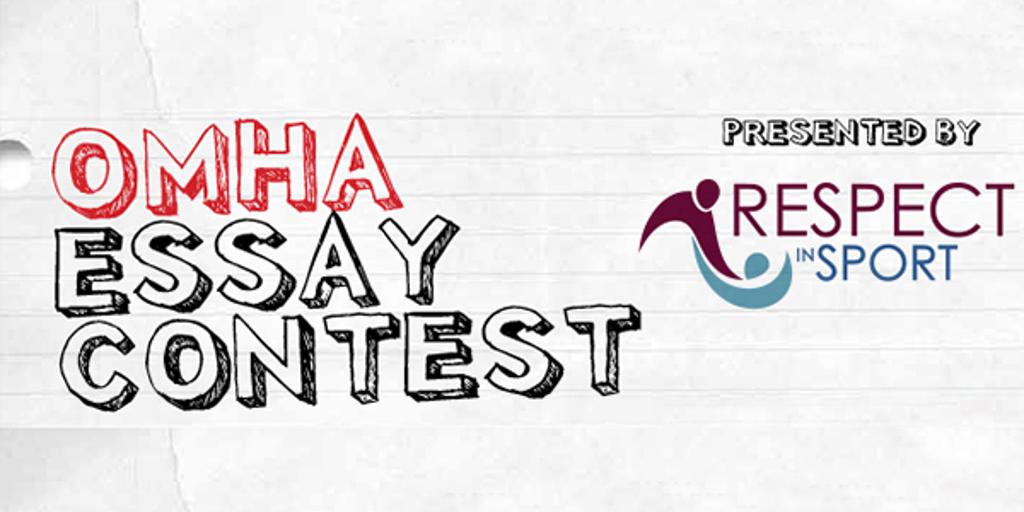 All registered Ontario Minor Hockey Association participants are encouraged to enter the contest by writing a story no longer than 250 words that begins with the phrase “The lessons I learn from hockey are…” The top five essays will be selected by a committee based on the quality, creativity and passion demonstrated in their submission. All finalists will be awarded an OMHA prize pack while the grand prize winner will receive four tickets to a Toronto Maple Leafs home game in the 2016-17 season, hotel accommodations, tickets to the Hockey Hall of Fame and $200 spending money. The essays will also be included in an upcoming edition of Hometown Hockey Magazine.

“Respect in Sport is about providing a positive environment for all, so that hockey players can enjoy the game, and learn from the positive adult role models around them, like parents, coaches, and officials,” said Ontario Director – Respect Group, Mark Allen. “Respect Group is very proud to support the OMHA essay contest this year. “

“This is an exciting initiative for the OMHA and we are proud to work closely once again with Respect in Sport,” said OMHA Executive Director, Richard Ropchan. “We feel it is important to hear how hockey has made a difference for our players, and to reinforce to others how they can make a difference through hockey. This is a great opportunity to spread positive messages learned through our great sport from their coaches, parents and teammates.”

Submissions will be accepted until April 1st, 2016. Original essays should be limited to 250 words or less, and should include the child’s name, hockey association, team/classification, address, phone number and email address.

Finished essays can be submitted to: