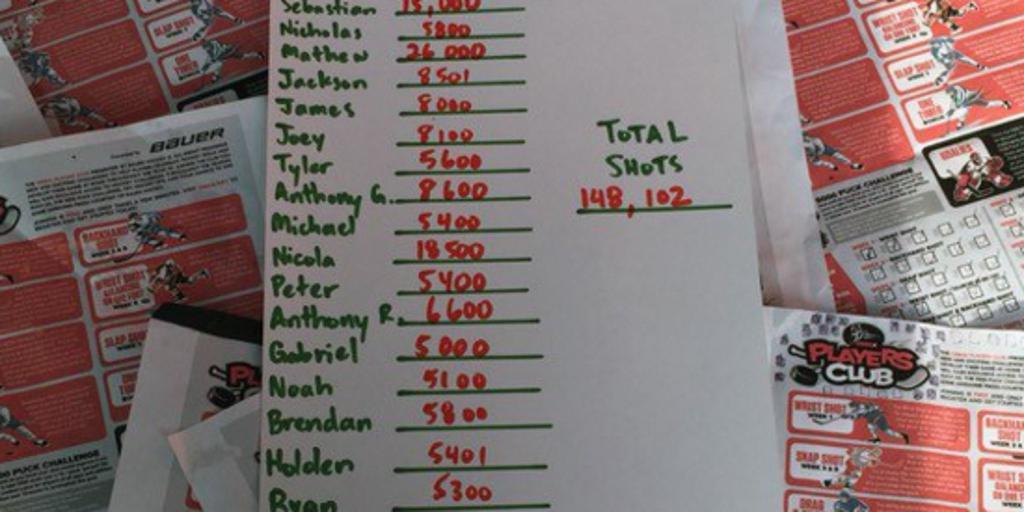 The OMHA Players Club presented by Bauer Hockey provides exciting challenges to help players improve hockey skills and develop their game at home throughout the year. The Club is a fun way for players to keep track of their progress and see improvement in their skills through hours of practice and dedication.

While the Players Club challenges can be completed as an individual, some coaches have opted to open it up to their entire team. Dr. Ryan French, a second-year coach with the Caledon Hawks Atom A team, did just that. He submitted the finished tracking sheets of his 17 players for the 5,000 Puck Challenge, a task each player on the team took on, and was extremely pleased with the results.

“The confidence level, and overall strength of the players has improved greatly. They often say that practice makes perfect - but I say that ‘perfect’ practice makes perfect,” said French. “We focused on correction, technique, and varying up the shots as per the OMHA sheet. Overall, it was such a positive experience for the boys.”

This season, the Hawks moved up to A from AE and French admits that the team struggled at the beginning with the transition. While his team would outshoot the opposition in over half of their games, they couldn’t manage to get pucks in the back of the net.

In the first half of the season, the team managed five points in the standings. When the second half came around, the team was in the middle of the 5,000 Puck Challenge and the Hawks more than tripled their total points (21).

“Once the challenge started, we noticed the pucks going in more and more.” 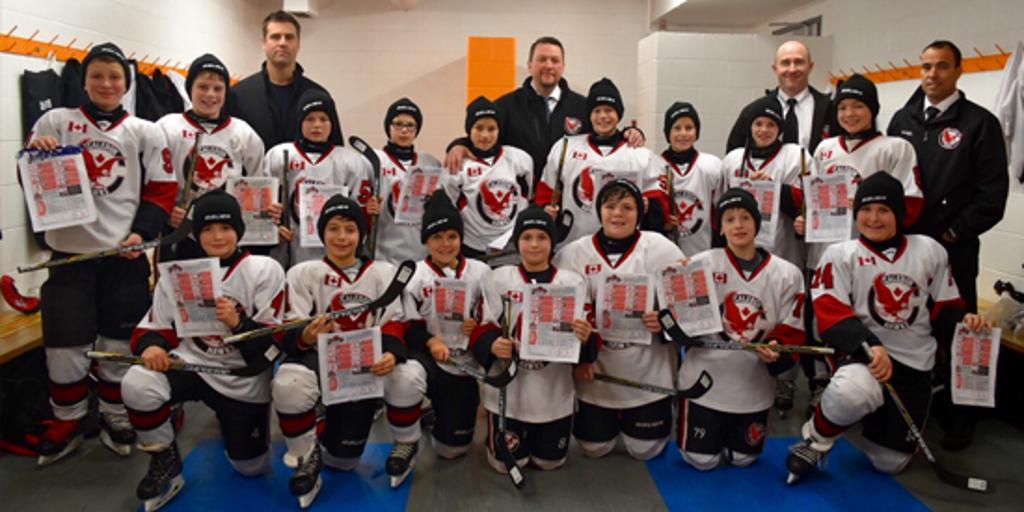 The Caledon Hawks Atom A with their finished 5000 Puck tracking sheets and Bauer prizes.

When French presented the challenge to his team, he was able to use it as a teachable moment for his players. It became more than just an exercise to improve skill and turned into a valuable lesson in team building.

“I introduced the idea to the boys and that they would be keeping track themselves. One boy asked, ‘How do we know if everyone is being honest?’ I said, ‘Because you are my teammates - and because of that, I trust you.’ They all felt so good about that.

“We had a short talk about how a real ‘team’ is made up of a group of people that trust each other - and since we are an awesome ‘team’ and not full of individuals, this won’t be a problem for us at all.”

As an added bonus, French was even able to throw in some gift cards donated to him by the team sponsor to any of his players who could finish the challenge.

There are guidelines for how players should pace themselves while completing the challenge. To reach the target 5,000, players need to take 100 shots a day for five days during the week. However, many of the Hawks were eager and finished it ahead of schedule – the leader on the team took 26,000 shots. Together, the Hawks totaled 148,102 shots in six weeks.

French broke it down into more manageable terms for his players.

“We kept it simple for them saying, ‘use 10 pucks, then shoot that group of pucks 10 times - equals 100.’ They were very particular about accuracy.”

Many of the players continue to do the Challenge even after they finished it the first time. As the kids would complete the Challenge at home, French said that parents thought the idea was great and have commented on an improvement in their kids’ shots.

The OMHA Players Club presented by Bauer Hockey is all about providing new and exciting challenges to help players celebrate hockey skills and develop their game at home throughout the year!

By joining the club you will gain exclusive access to hockey tips, challenges and awesome Bauer Hockey prizes.